A husband and wife's different ideas of gender conformity lead to an unexpected confrontation.
READ REVIEW
Next Previous 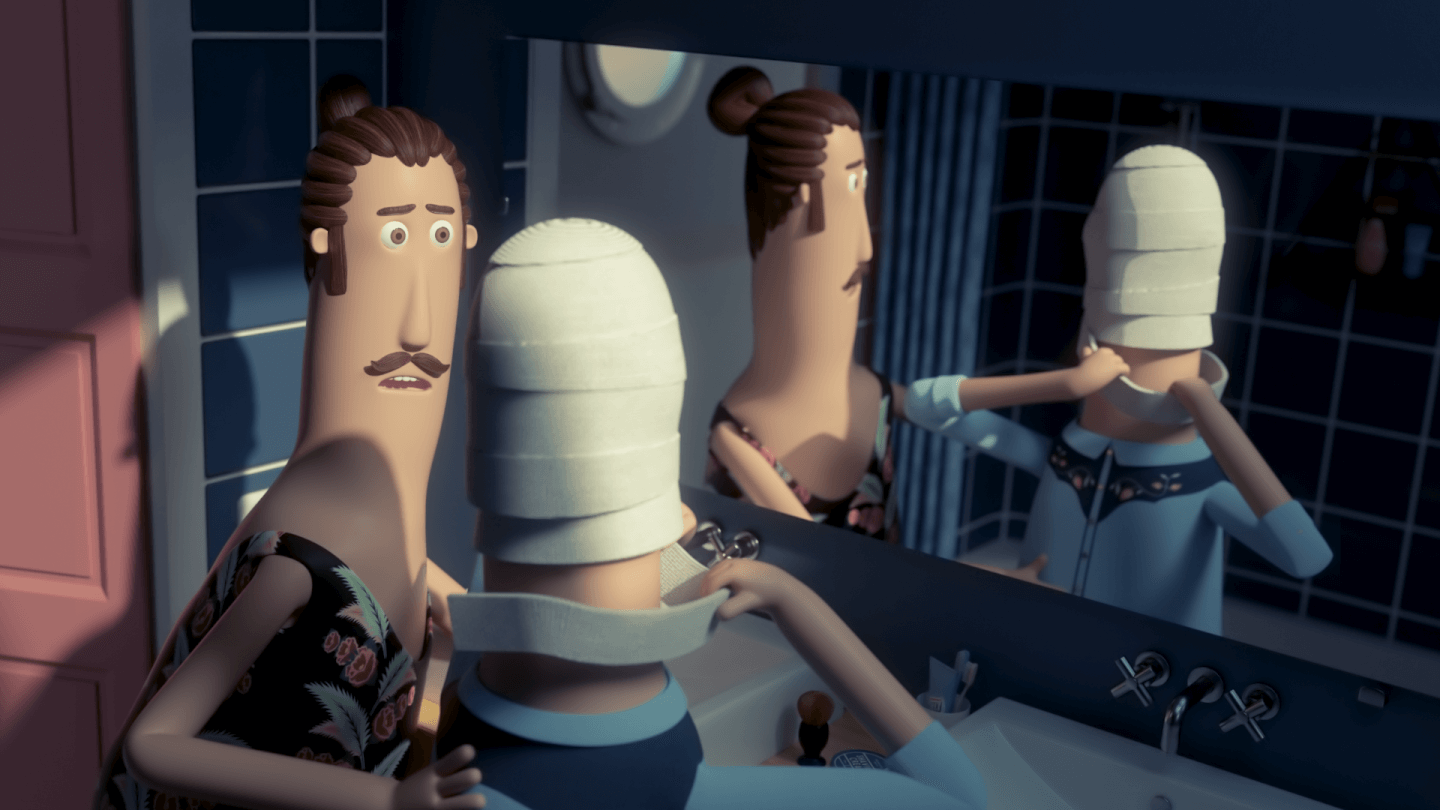 Out of the blue, Joris Oprins, famous as the middle partner in the powerhouse Dutch animation trio Job, Joris & Marieke, dropped us a line to mention that the team’s 2018 short, A Double Life, was making its way online. Joris had summoned little fanfare behind the surprise drop—which is perhaps understandable considering the film is 4 years old at this point—but we scrambled to find space in the calendar ASAP all the same. When a Job, Joris & Marieke short arrives, it is an event for our tiny corner of the internet.

Prior coverage of the trio on this site has delved into their backstory; product designers possessed by a love of storytelling that found expression in animation, the group is on year 15 of their partnership. Despite being in-demand commercial artists for much of that time, the studio reached a new level of regard following the 2015 Oscar nomination of their short film A Single Life. Opportunities for more narrative work followed, of which, 2016’s Kop Op, their 21-minute TV proof of concept, is my personal favorite.

A Double Life was crafted after these two projects, a sub 3min microshort that received funding through the Dutch government’s Ultra Kort scheme. Despite the title referencing the creative team’s earlier Oscar breakthrough, the film is not a sequel. However, it does possess a bit of the same dark humor as its predecessor, as well as a similar conceptual clarity that allows for a fully satisfying viewing experience in spite of its extremely short runtime. 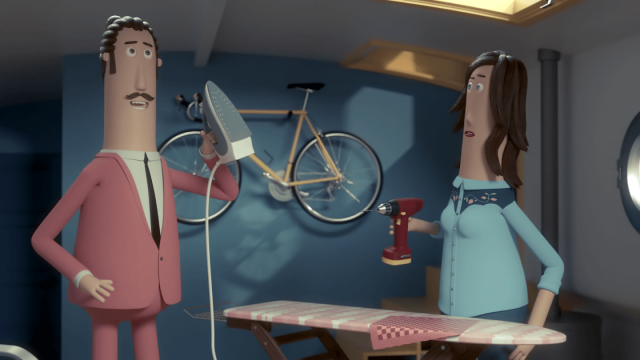 A provocative plotline, the short centers on a husband and wife. In broad caricature, the film establishes the husband’s traditionalist leanings regarding gender—stereotypical stuff, like men use power tools, women use clothing irons. The wife chafes against this and pushes to explore her “masculine” aspects. Much of the film’s pleasure is summoned from the absurdist lengths she follows but also the absolute panic of her husband in response.

The themes of A Double Life are pretty clear and, while wickedly pleasurable, do not need much explication. What deserves highlight is, however, Job, Joris & Marieke’s absolute economy of storytelling. It is an approach that necessarily sacrifices nuance, but the brevity of the film is a marvel. It is not short for short’s sake either, as the film is not “rushed”—it possesses a classic escalating energy, as cuts and onscreen action increase in pace in conjunction with the tension of the film’s plot, and through this masterful modulation, it’s hard to argue that there is a single misplaced shot or overlong clip in the film.

Despite 15 years in animation and the development of an instantly recognizable style of vinyl-toy-inspired character design, perhaps there is still a bit of product designer in Job, Joris & Marieke’s hearts. There is a worked-over aspect to their films, a sense of meticulousness that ensures that everything is tidy and shorn of unnecessary excess and that only what is essential is allowed to remain. As my colleague, Rob Munday, has explored, short films seem to be getting longer, so, for 3min at least with A Double Life, it is a pleasure to experience master storytellers rebut that impulse.