A family’s new rescue pup is terrorized by deceased pets in this mind-bending horror.
READ REVIEW
Next Previous 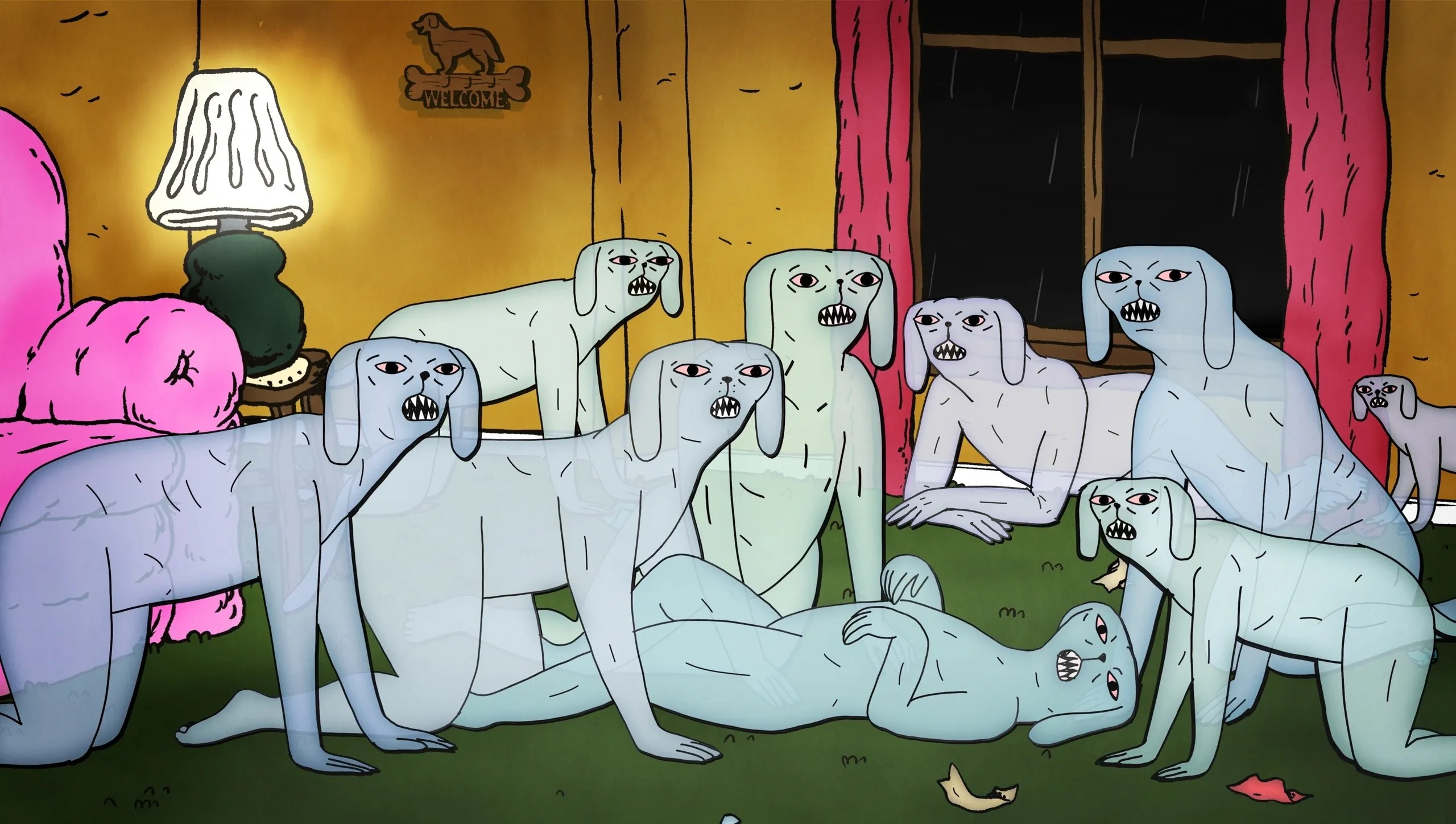 Horror about Friendship in Animation
Directed By Joe Cappa
Produced By J.W. Hallford
Made In USA

With the ghost story a rich tradition throughout human history, you would have thought that cinema would have every spooky angle covered by now…well, today’s short film pick is here prove that notion wrong. After haunting festival audiences throughout 2020/21, Joe Cappa’s unsettling, and strangely amusing, animated short Ghost Dogs is finally released online for internet audiences to marvel at its creepy canine spirits.

“We sought to make a film that was genre-fluid”

As the title suggests, Cappa’s 11-minute short is indeed about a group of phantom dogs, as they haunt a house with only a new rescue pup and robot vacuum for company. At first, the scenario is somewhat amusing, the odd appearance (dog heads, but human bodies?) of the titular spirits prompting laughter, but as the film unravels and the living pup explores the house, things begin to get more and more unsettling. With the director revealing the film was inspired by not just horror, but also suspense and comedy, Cappa explains that he “sought to make a film that was genre-fluid”, adding that while he hoped it provoked a “roller coaster ride of feelings”, he also aimed to create a film which “worked as an exercise in tonal experience”.

A distinct new entry into the genre arena, Cappa says that Ghost Dogs is a tribute to “the kind of content you weren’t supposed to watch but did anyway”, describing it as “an homage to those rare moments of self-discovery when you are eleven years old, flipping through channels, and you stumble upon The Shining by accident”. Despite delving in horror territory, this is a short difficult to categorise, with its aesthetic and touches of humour really lightening the mood in places, I guess you could call it a dark comedy, just with the balance tipped 70/30 in the favour of dark! 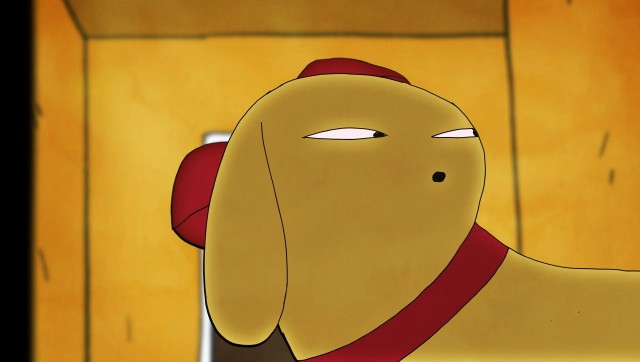 At times there’s somewhat of innocence to Ghost Dogs’ aesthetic that creates a disorientating contrast to the narrative.

As mentioned, the style of Ghost Dogs is very important in fostering the short’s off-kilter vibe, the animation feeling cartoonish in places creating a disorientating contrast to the storyline. The character design is a particular standout element, the young pup exudes an infantile innocence, while the robot vacuum manages to feel like an important player in the storyline. But it’s those ghost dogs that steal the show, their human hands and grimacing faces are truly the stuff of nightmares. Credit for the visuals go directly to Cappa, as not only did he write the short (along with producer J.W. Hallford), each frame of the film was hand-animated by the director himself, over the course of two years.

Released online as a Vimeo Staff Pick Premiere, Ghost Dogs had an impressive festival tour, playing the likes of Sundance, Fantoche and Glas before hitting the internet. Cappa’s next project, Gabba Gooblins will be released on Adult Swim in the summer of 2022 and the director is also working on an “undisclosed project” with BENTO BOX.