A young millennial just wants to eat his avocado on toast in peace.
READ REVIEW
Next Previous 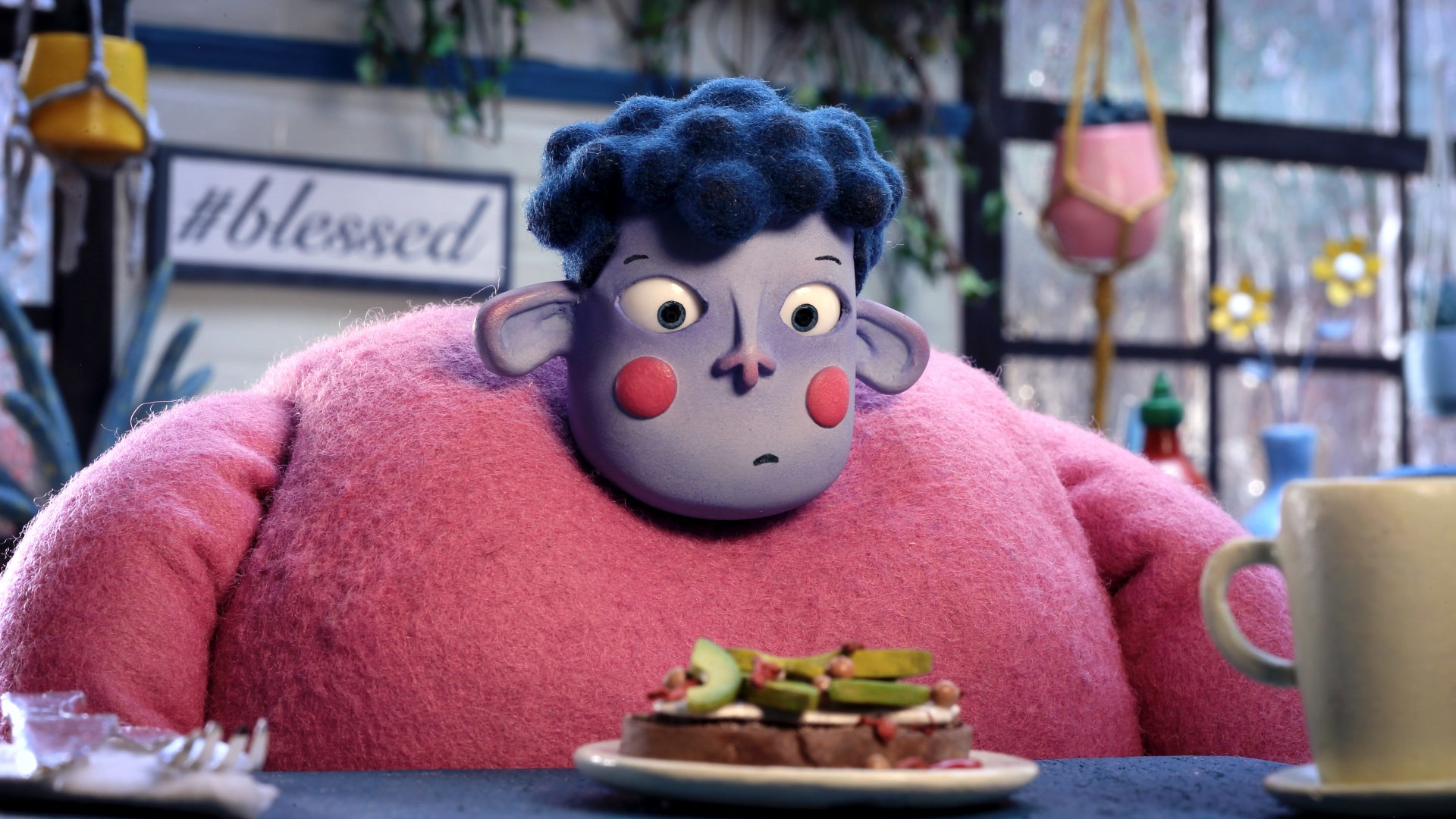 Before you read this: I am aware that everything I say in this review can and will be used against me! As a millennial myself, I can empathize with a lot of my generation’s feelings and struggles, but while others irritate me, I also recognize that arguing for another viewpoint could bring about outrage from both sides…this is the internet, after all. As cleverly illustrated in Marnik Loysen’s stop-motion short Brunch, millennials are considered “snowflakes“ who are over-sensitive and easily startled. The only advantage in this line of argument is that any vitriol in the comments, or on social media, against the film or this analysis would prove the point. Despite the potential ironic consolidation, I hope it’s not the outcome that people take away from Brunch.

The film’s title and setting immediately create a mental image: if you think of “brunch,” you probably already have some preconceived notions of the kind of people you would meet at a hip coffeeshop. For the protagonist, ordering a normal cup of black coffee becomes a daunting, surrealist experience amid the myriad of curious choices. The offers of a “babyccino and toddlerspresso for the little one“ are inspired ideas that perfectly capture the ridiculousness of various hipster coffee places, while the “#blessed“ sign in the background serves as a visual detail that manages to sum up an entire social media infused lifestyle. Tensions rise and the atmosphere turns gradually enervating, until the millennial Snowflake can’t take it anymore… 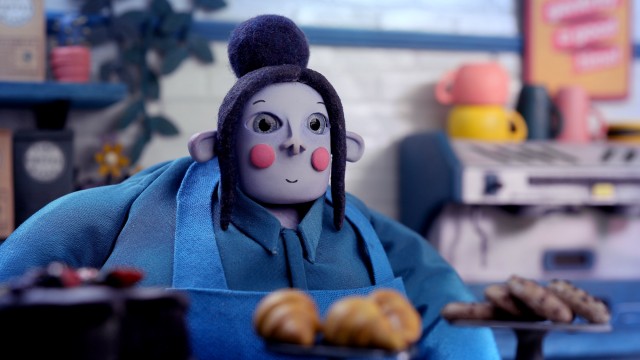 The array of options the barista offers Brunch’s protagonist send him into a bit of a tailspin.

One of the strengths of the film’s animation technique, and its advantage compared to a live-action approach, is the quick shorthand it establishes to caricature certain objects that reflect the contrasting viewpoints with visual gags. The characters are consequently functioning as stereotypes and their design lets us know immediately which respective presupposition is represented. In effect, Loysen can get down to the core conflict and the narrative escalation within a few minutes and still convey a message about the boundaries of intergenerational dialogue, when the battle lines are already drawn by instantaneous assumptions.

Disrespect, but also mutual appreciation, goes both ways. “OK Boomer“ sounds like a cool revolutionary stance against the opinions of the older generation, but why would we expect to be taken seriously in our own values if we don’t look for common ground? Millennials can’t presume that we have all the right answers and should get applauded for our lifestyle, just because we presumably cracked the code of humanity, but then feel hurt when we get made fun of for our flat whites and avocado toasts. Then again, one automatically presumes that the older patrons in the film’s coffeeshop certainly voted for Brexit, their entire disposition portrayed as cynical and fed-up with the alleged weakness of the younger “snowflakes“.

Of course, being reduced to apparent traits of a generation (or a particular identity, for that matter) doesn’t feel good and this seems to be one of the reasons why the protagonist in Brunch feels so nervous throughout this encounter. Alongside a general anxiety that plagues millennials (myself very much included), he feels found out and pigeonholed just by his age. Another irony of millennials is that they/we want to be individualistic so badly that our own individualistic tastes become collective descriptors in the way we are perceived. We don’t want to be pinned down by our consumerist choices, even though the desired progressiveness has turned us into occasional walking punchlines–literally, in the case of Brunch. 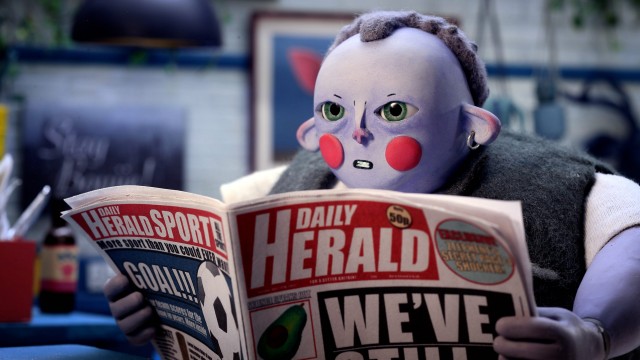 A “gammon” faced man questions Snowflakes life choices in the cafe they share.

On the other hand, it is worth considering that the image of millennials in Brunch perpetuates one of urban, financially affluent and politically liberal minded young-ish people. I grew up in the countryside myself and I know that my former contemporaries don’t drink almond-milk flat whites or eat avocados. In fact, they would probably react the same way that the other guests in the coffeeshop do. In that regard, the discrepancies don’t come down to age necessarily, but have more to do with class and societal background–two factors that are often confused with identity politics as well, another pillar of the millennial mindset.

That being said, I can still wholeheartedly identify with the worries of Brunch’s protagonist. Existential dread seems to be ingrained in my DNA and I also never expect to buy a house or own car and nor do I want to. So why not spend our money on ostensibly frivolous things, while it’s still worth something? We are not our parents and the goals we are striving for are different from the ones that used to, allegedly, make for a good life. All we ask is to be taken seriously in these pursuits, even though some of our preferences can be turned into obvious jokes, which Brunch does so well.

By ridiculing both sides of the aisle, Marnik Loysen achieves the rare thing in a discourse as loaded as the generational divide: if we can make fun of ourselves and still feel validated through the sarcastic treatment of everyone involved, satire can create the common ground we might need to bridge the gaps for constructive dialogue. What else have we got?