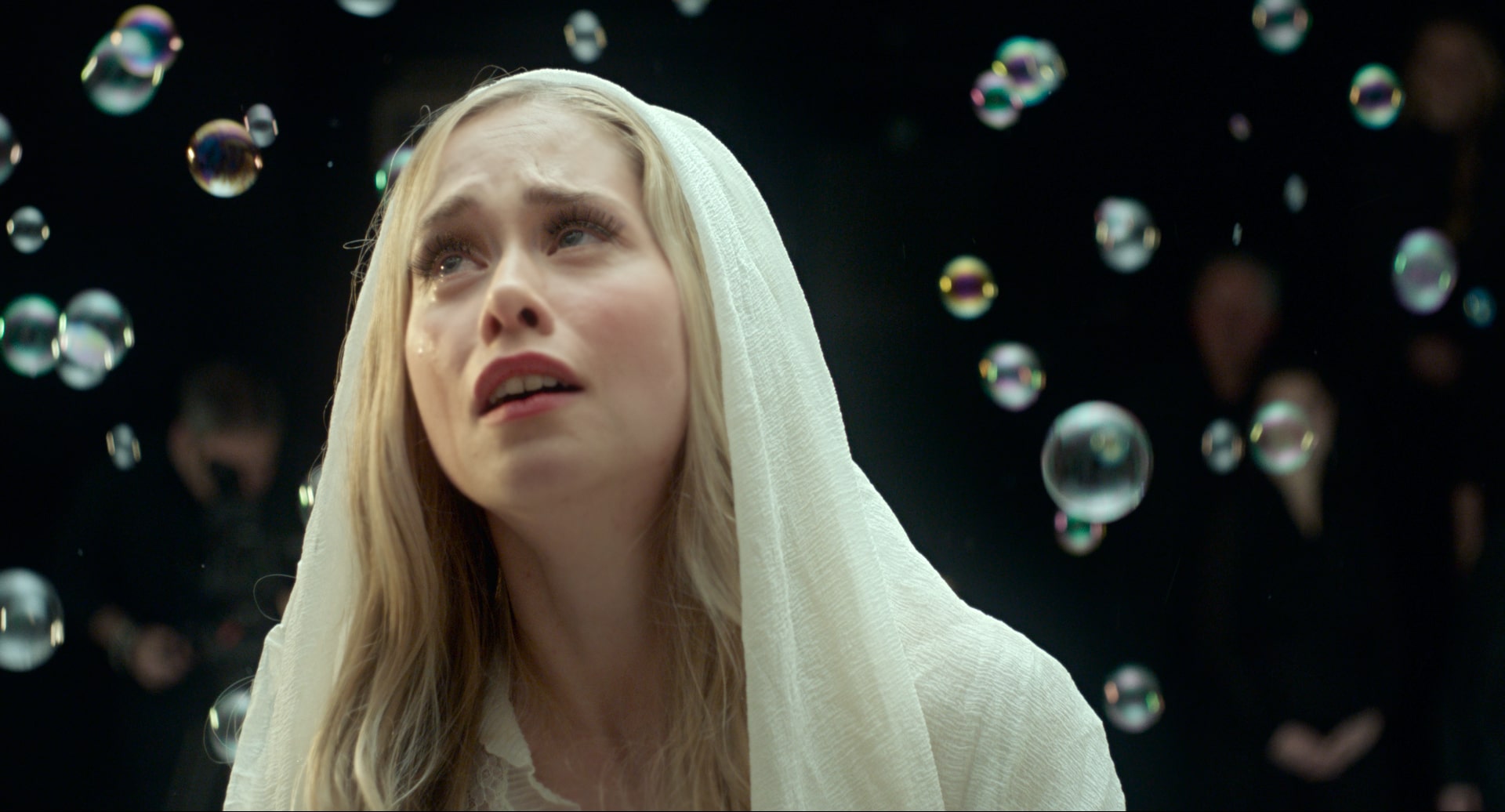 Yes, you read the title correctly! Maurice Sanders, aka Sandy (portrayed by Denis Lavant), is a renowned former nipple whisperer, who is asked to come out of retirement by someone from his past. Don’t let the title and premise of writer/director Jan Van Dyck’s film The Nipple Whisperer mislead you though, under the surface of this quite absurd and surreal situation lies a deeply emotionally layered narrative brought to the screen with sensitivity, lyricism and stellar performances.

Speaking from personal experience, The Nipple Whisperer is the kind of film that, upon first watching, triggers very different emotional responses from its audiences. It is also a film that does not end when the credits are done, it stays with you and decants slowly in your brain, the different layers of the narrative slowly peeling away for some time after. There is an undeniable satirical element to the narrative, given the occupation of the main character within the filming industry, but Van Dyck’s short is also a love story and a tale of female empowerment all at once.

“What would an ‘emotional’ fluffer do?”

“The idea was to tell a story with an ending you wouldn’t see coming” Van Dyck shares with us, but truth be told, even the beginning is quite unexpected and immediately raises questions about how the concept was born. “The initial idea came along when producer Ben Vandendaele and I were having a discussion about strange jobs in the film business, like the job of ‘fluffer’”, the director explains. Asking himself the question “what would an ‘emotional’ fluffer do?”, as a filmmaker he was inspired by the challenge of connecting “the ridiculous with something that’s amazing”, blending the mundanity of shooting a soap commercial with the extraordinary experience of “being empowered and elevated”.

The film has a dream-like, fantasy feel and the visual flair on show in The Nipple Whisperer works to enhance that feeling. With its careful composition of the frames and muted color palette, Fiona Braillon’s cinematography fosters the perfect on-screen atmosphere throughout Van Dyck’s film. All building to the emotional reunion of Maurice and his muse/love Doris, which is shot in one simple, static three-minute shot allowing the actors to really take center stage and shine. It’s a vital moment in the short’s impact, with Doris’ character embodying the strongest themes of the film as she displays empowerment, resilience and how she has overcome adversity. 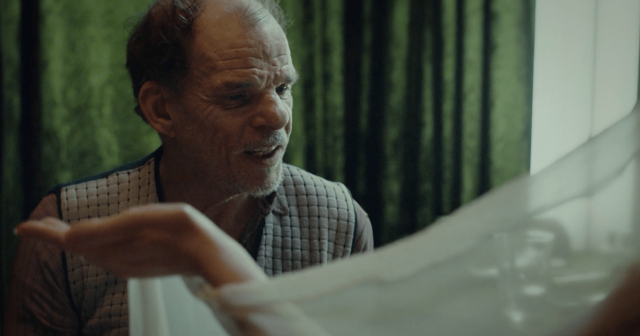 Debis Lavant, who was “immediately taken” with the character of Maurice, working his magic in The Nipple Whisperer

To make a film with such a wild concept, which also has emotional depth, a lot relies on the performances of the actors to get the balance between the surreal and the serious just right. Denis Lavant plays the character of Maurice Sanders so perfectly it feels like it was written for him (it wasn’t) and you can’t imagine anyone else taking on this role. As for Doris, they wanted an actress who could grasp the magnitude of her journey, and inject authenticity in her performance. Enter Wendy Dresner, an ambassador for Cancer Research UK without any acting experience. Despite her lack of previous screen time, Dresner’s presence on screen is so captivating, and even without the opportunity to rehearse before shooting, her chemistry with Lavant is sizzling, reaching its climax in that unforgettable last scene.

With its world premiere at the 2021 edition of SXSW, The Nipple Whisperer went on to have a great festival run with notable stops including Bogoshorts and Tampere. Now online, the filmmakers, along with Dresner, aim to develop online strategies to make the film a useful asset in a campaign for breast cancer awareness. Next for Van Dyck, he’s been writing for/with other directors, including the upcoming Rebel by Adil El Arbi and Bilall Fallah. He’s also not done with Maurice Sanders yet and would like to expand his story by developing it into a feature.