As Artiom prepares to fight for the Ukrainian army, Anatoly, his 88-year-old grandfather and war veteran, records their diminishing time together and questions his choice.
READ REVIEW
Next Previous 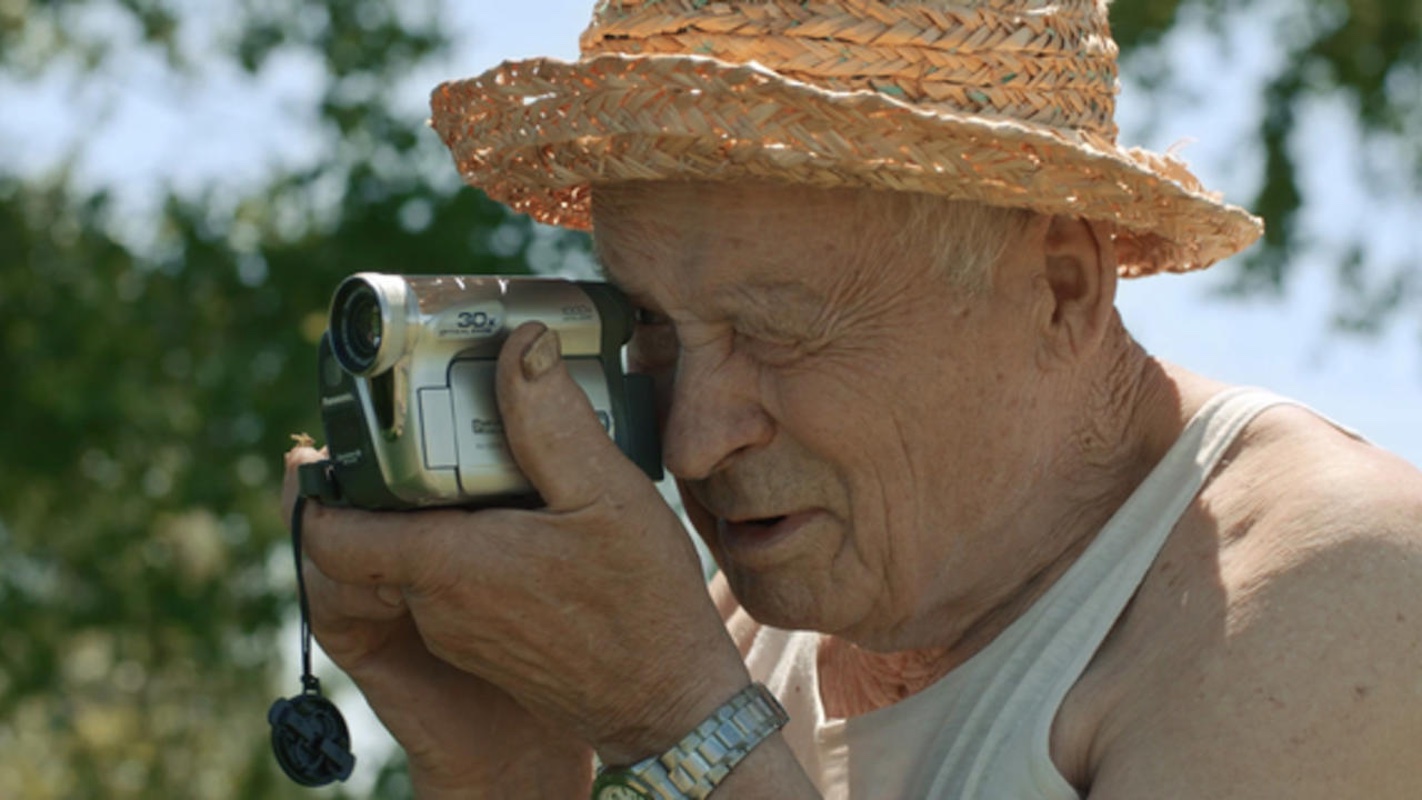 When you look back at the history of humanity you’ll find it scarred with conflict. In the thousands of years that “civilised” humans have roamed the Earth, millions have died from these battles, many of who never wanted to fight in the first place. But what drives someone to volunteer to go to war? Cyprien Clément-Delmas & Igor Kosenko’s topical observational documentary The Last Tape explores just this, as we follow young Ukrainian Artiom as he spends his final days before joining the army with his veteran grandfather.

Opening with handheld footage, filmed by the grandfather, after a few shots that set the scene, the elderly man turns his camera on his young grandson and instructs him to remove his sunglasses or “nobody can recognize you”. With the teenage boy, bedecked in camouflage gear, framed in front of a lush, tree-lined meadow he begins to explain his decision to go to war: “I’m going to fight for Ukraine. For the Homeland”. His grandfather doesn’t agree with his choice.

Artiom takes a photo with his 88yr-old grandfather, Anatoly, before leaving to fight for the Ukrainian army.

Considering the horrific situation Ukraine currently finds itself in, I’m not sure you could have a more topical and powerful opening to a short. Although shot in 2016, if anything The Last Tape is a film that’s impact has strengthened over time and despite its universal themes – conflict, grief, generational divides, etc – it’s the short’s relevance in modern times that really intensifies the viewing experience.

At its heart, The Last Tape is a sweet and peaceful film about the different generations of a family spending some quality time together before the youngest leaves to embark on the next chapter of his life. It’s a story we’ve seen before, the only real difference coming in the specifics of Artiom’s departure. Considering where he’s heading, the short feels as if it captures the calm before the storm, but it’s the quiet, reflective and intimate nature here that makes it so engaging and so heartfelt. Especially in the film’s conclusion, where the grandfather asks “are you scared to go to war” and he gets no answer, just a pensive look. It’s a reverberating moment, one that poses so many questions and is difficult to shake long after watching,

With co-director Kosenko born in Ukraine, The Last Tape tackles subjects that are obviously close to his heart. “In my opinion, 18-year-old kids shouldn’t go to war”, he states as we discuss the motivation behind making this short. “They don’t know anything about life yet and it will affect them for the rest of their lives. At the same time if your country has been attacked somebody has to fight … It’s not an easy subject with an obvious answer to it. That’s why in our film we see different opinions on how the war affects people”.

The contrast between Artiom’s perspective and that of his grandfather, and the fisherman they visit, gives the film plenty of depth and there are lots of extra details here that the filmmakers don’t dwell on. The grandfather only briefly touches on his own time at war – with a distressing tale of coming under sniper fire – while neither directly discuss the fact they’ve both lost loved ones (Artiom’s father died in Afghanistan) to conflict. Although the grandfather’s toast, “to those who are no longer with us”, holds extra significance with that knowledge.

Having toured festivals in 2017/18, you can see why Clément-Delmas, Kosenko and their distributors felt that now was the time to finally release their short online. A thought-provoking and timely watch, the 12-minute film evokes empathy not only for the family it chronicles but for the country of Ukraine as a whole.