In this short sports comedy, alpha-male Carl is forced to question his idea of masculinity when an obsession with a member of his badminton club spirals out of control.
READ REVIEW
Next Previous 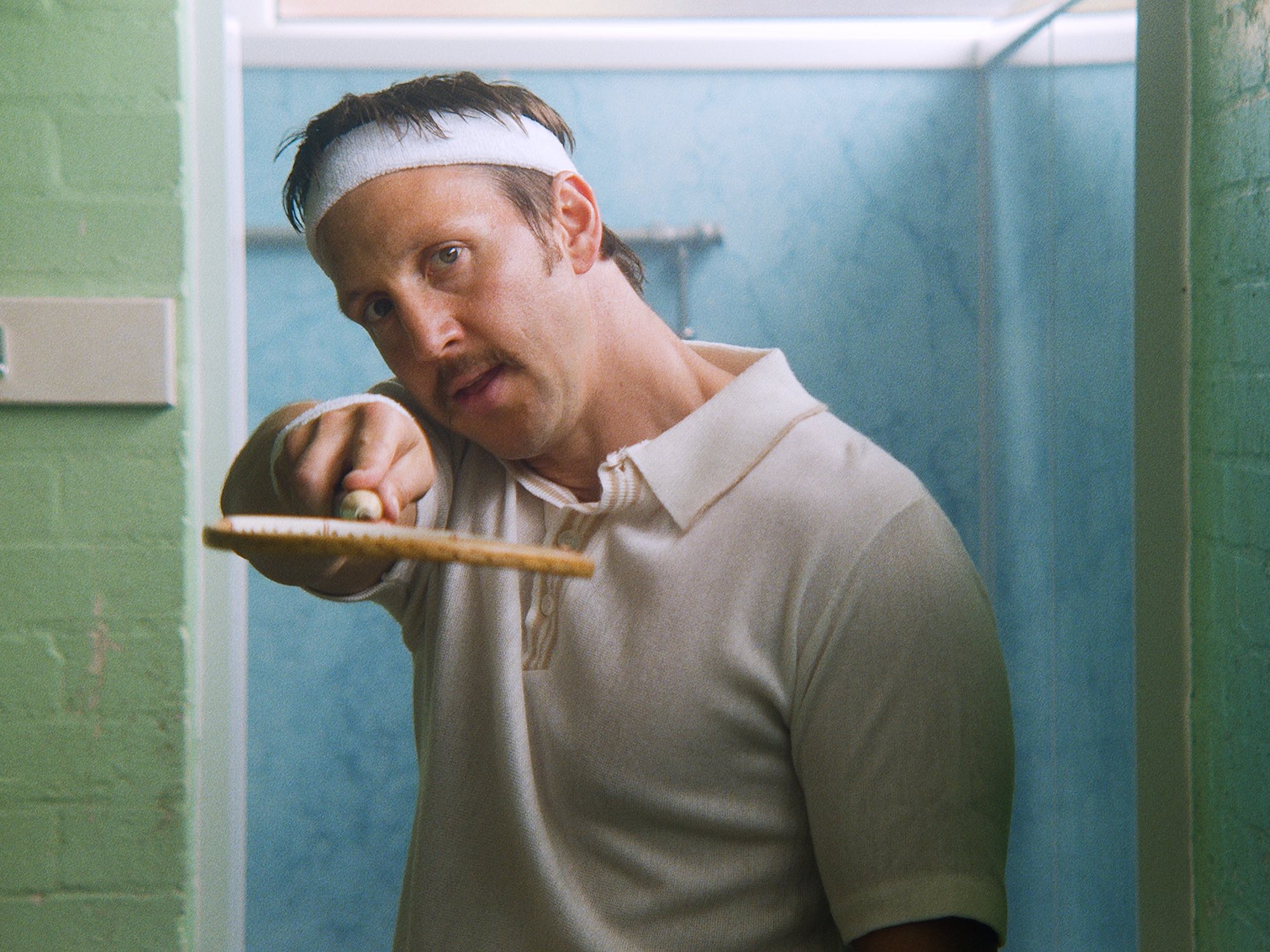 Aiming to playfully explore modern masculinity, Tommy Gillard’s Shuttlecock is a stylish comedy set in the midst of a charity Badminton tournament. Pitting two very different portrayals of men against each other in a racket-based battle for dominance, Gillard’s 13-minute short follows local sports hero Carl Kitson as he sees his status challenged by graceful newcomer Morgan Silk.

Introducing us to sweaty beefcake Kitson as we witness him pummeling shuttlecocks to the delight of a small, but adoring crowd, he feels his position of top-dog threatened when a new competitor enters the scene. With his game all about power and strength, Silk is everything he isn’t, showcasing finesse and grace and that both intimidates and fascinates him. As the competition progresses, despite everyone claiming they’re only there to “have fun and raise money for a good cause”, Carl can’t ignore his machismo and decides he needs to show Silk who rules the courts

“These contrasting styles mirror the changing face of masculinity”

“Badminton can be all about power and speed, but it’s also a game where you can win through elegance and a delicate touch”, Gillard explains as we discuss the use of local sports scene for his narrative. “These contrasting styles mirror the changing face of masculinity, from 80s idols like Timothy Dalton to contemporary icons like Timothee Chalamet, and I wanted to bring these two men face-to-face. Once I became more interested in the classic alpha-male archetype and the insecurity bubbling beneath that, the opportunity for comedy started flowing, making the film more of a satire than a sports showdown”.

For a film centred around the idea of masculinity, the sports setting feels perfect for investigating these themes, even if Gillard candidly admits that he doesn’t “enjoy sports films” and still doesn’t “know a single rule of badminton”. I’ve never been a particularly competitive person myself, but there was always something about stepping onto a football pitch, or into a squash court, that brought out this side of me – often in ways I didn’t particularly like. Gillard plays with this overly-competitive nature to really shine a light on how “manliness” is valued by society and although Shuttlecock is great fun, it also has something important to say. As the director explains: “We wanted to strike the balance of something weird that still held wide-appeal, provoking discussion through humour and heart”. 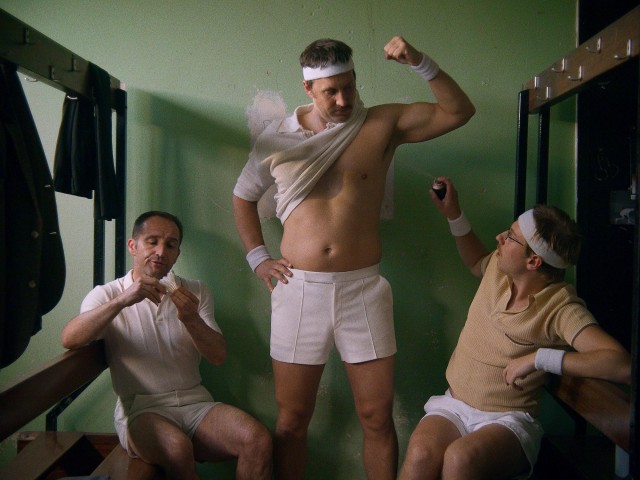 “This constrained creativity continued into the casting. Desperate for extras to come and fill the badminton court, we harnessed the power of the local community” – Gillard on finding actors for Shuttlecock

Outside of the storytelling, Shuttlecock also impresses visually with a timeless aesthetic and perfectly-paced edit. Originally wanting to shoot on 16mm, budget didn’t allow the production down this route, so DoP Boris Hallvig meticulously developed a custom grade which resulted in a look as close to celluloid as possible. Able to afford a couple of slightly-worn ’60s lenses, Gillard was then locked into the 4:3 aspect ratio, and shot almost everything using available light only.

Despite its director revealing that they often had to prioritise function over fashion, Shuttlecock shows no signs of suffering from these compromises. The aesthetic plays a major role in amplifying the film’s charm, making sure it never takes itself too seriously and highlights Gillard and the rest of his crew’s creativity. “We wanted the style of Shuttlecock to serve the character’s psyche, mischievously taking elements from films where he’d see himself as the hero. Western, Noir and Action references all fell into the mix”, the director concludes.

Funded by Exeter Phoenix, Shuttlecock had a solid festival run and proved a hit with attendees, winning Audience Awards at both Two Short Nights and BFI London. Following the success of his short Gillard has several new projects in the works including two feature films, a TV show and a couple of shorts.