At an art school in the 90's a young outsider (Caitlin Taylor) embarks on a morbid quest for pure self-expression when she creates a self-portrait for her classmates that ultimately reveals her true heart’s enchantment with the grotesque.
READ REVIEW
Next Previous 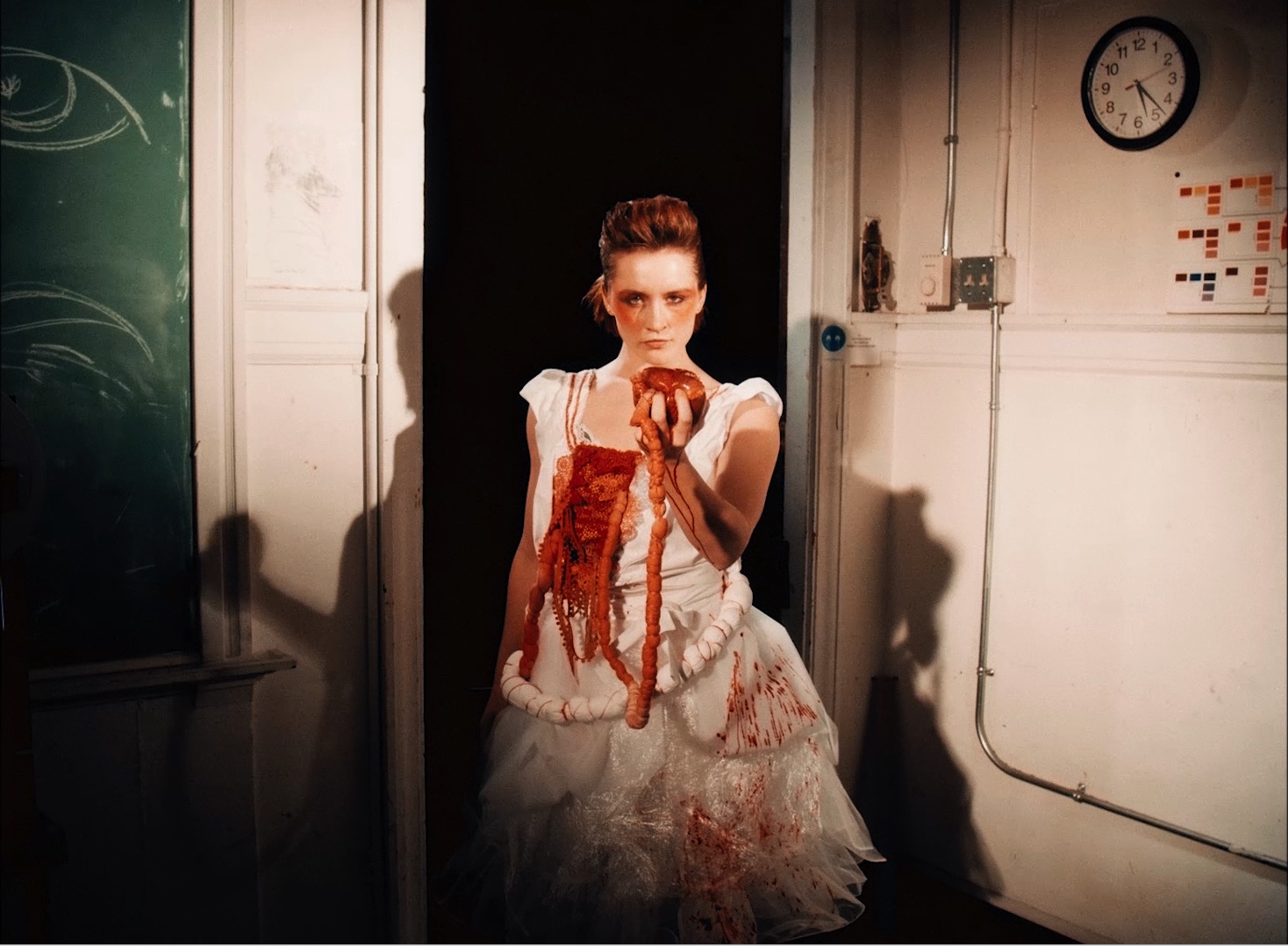 The creative process can be lonely and disheartening at times, especially when no one truly understands you, or your work. In Deanna Milligan’s Lucid, when a young art school student is constantly rejected by her teachers and her peers, she finally decides to stop holding back and creates her most personal, raw and cathartic work yet. A vivid tale told through a sensorial lens, Lucid is a wild ride, inviting its viewers to tag along on this journey of self-expression.

Written by Claire E. Robertson, with whom Milligan developed the story, the film was inspired by Robertson’s experience as an art school student back in the 90s, hence the throwback to that era. “The harshness of the in-class critiques, the vulnerability of putting your heart out there as a piece of artwork to be examined, criticized and often torn to shreds” is what prompted Robertson to reclaim that experience and turn it into an empowering one by creating a revenge narrative with a genre twist. 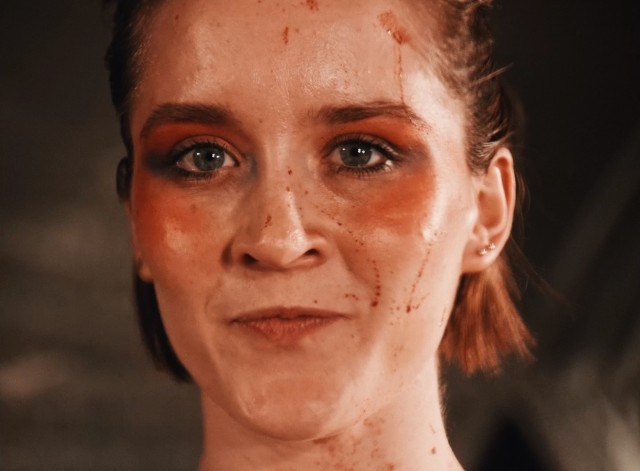 Caitlin Taylor as Mia, a young outsider at Art school

Capturing a very specific situation Lucid’s story will feel foreign to most, but there’s an undeniable universality to it, especially from a female perspective. Being constantly judged, rarely taken seriously and pitted against each other in certain competitive environments, by employing a genre approach Milligan is able to bring these feelings to the screen through the short’s palpable depiction. Having Mia double down on staying true to herself, while also discovering the courage of going all the way on her journey of self-discovery, even if that means being an outcast, means the narrative is consistently engaging and empowering.

Filled with infectious energy, the aesthetic of the short works as an effective throwback to this particular brand of ’90s teenage angst and combines with the sound design to create a truly sensory experience. From the quick cuts in the scene where Mia shows her self-portrait in class to the flashback sequences, shot on 35mm film stock from the same decade as the film is set, the production works to immerse us in Mia’s view of the world. As an artist, it comes as no surprise that she views even the grossest things – inspired by Milligan’s own childhood experiences of watching her Uncle clean and gut fish – through an ethereal lens and the director hopes that while watching Lucid you’ll also “experience that same tingling sensation of appreciating the beauty of fish guts but also remember to celebrate the weird things that fill us with joy”.

Ahead of its online premiere, Lucid hit the festival circuit and unsurprisingly proved popular on the genre scene, screening at both Fantasia and Fantastic Fest. Director Deanna Milligan is currently developing two genre features with Ramsey Fendall (who worked as DP on previous S/W pick The Last Leatherman of the Vale of Cashmere) and their production company Sublunar Films.