A brother and sister stumble upon a celestial secret that changes their lives forever and propels them into Reggaetón stardom, but they soon discover that their newfound fame comes at a deep price.
READ REVIEW
Next Previous 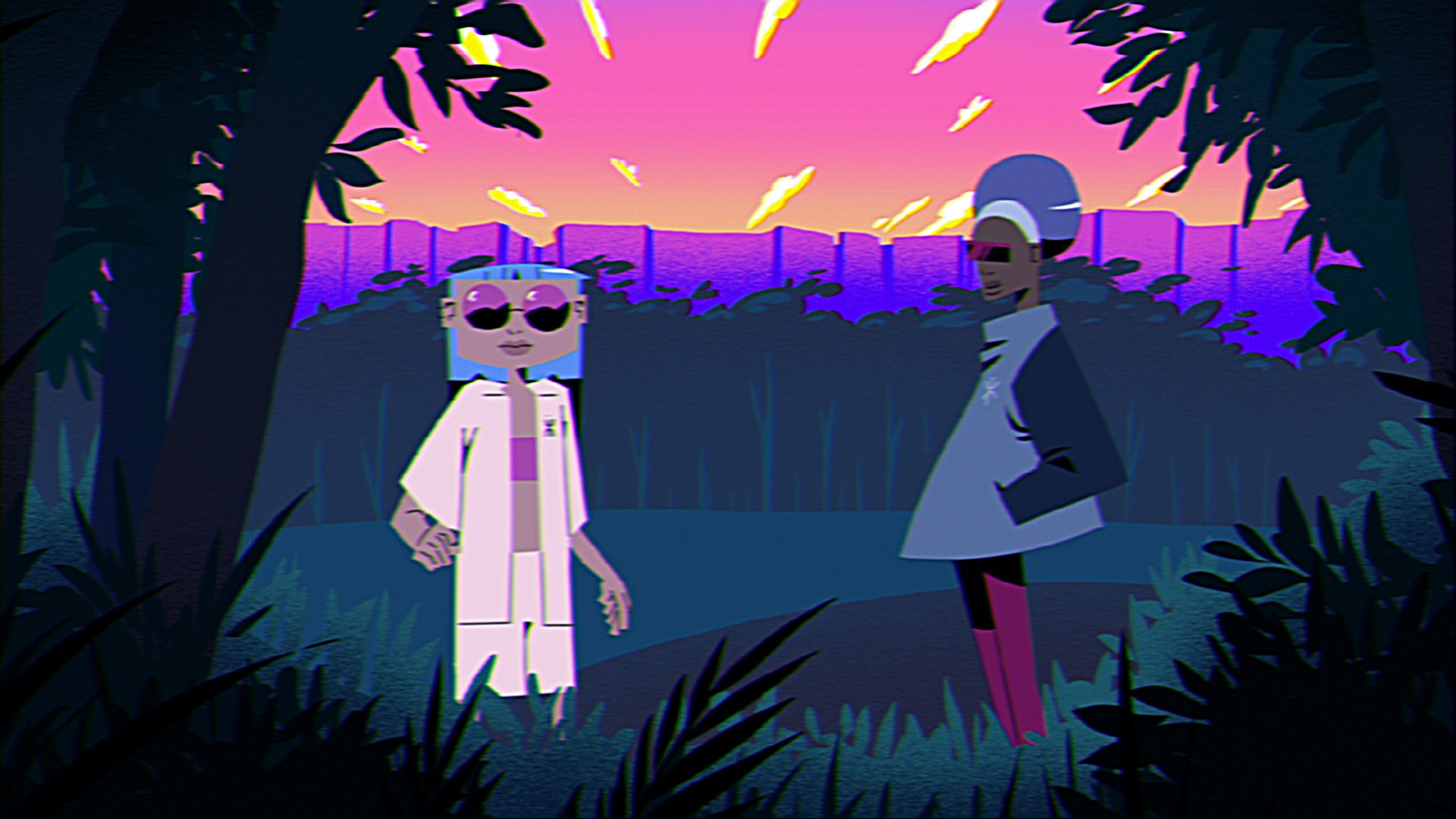 In a dystopian future, siblings Barbie and Vico accidentally find themselves in a position where they could get the key to what appears to be a brighter and safer future. Unfortunately, nothing comes without a price. Prolific director Kristian Mercado Figueroa, mostly known for his work directing music videos and comedy specials, adds another string to his bow with an animated short film: Nuevo Rico – a wild trip steered by Reggaetón (sign me up!).

“We rarely see Latinxs in these kinds of films, and it’s important that we see ourselves in the future”

Nuevo Rico is one of those films where every viewer can read something different into the narrative. Not only is it a storyline with multiple dimensions, but it also has a hallucinatory quality that invites our mind to wander and lets the film transport us to different places. With that in mind, it came as no real surprise when Mercado shared with us that the film appeared to him as a fever dream when working on a Reggaetón script. Excited by the idea, as it allowed him to experiment with the narrative and the visual aesthetic, representation also played a vital role in shaping the story. “We rarely see Latinxs in these kinds of films”, Mercado explains before adding that “it’s important that we see ourselves in the future”.

The film is undeniably rooted in Afro/Indigenous Latinx culture but has very universal beats in its narrative. At a surface level, it’s not the most original storyline, but dig deeper and you reveal those aforementioned layers and nuances. Capturing the bridge between the past and the future and how the first informs the latter, there is also a community element in Nuevo Rico as the music embodies much more than just a soundtrack.

At first sight, the plot seems to follow a typical ‘deal with the devil’ situation, a scenario that dates back hundreds of years in art. Mercado brings this age-old storytelling tradition into the modern-day and with a little perspective, the identity of said devil becomes incredibly compelling. Reggaetón is almost the third protagonist in Nuevo Rico, fleshing out and layering the story of the two siblings on their road to stardom, and just like Barbie and Vico, there’s potential for it to change to a point where it has lost itself, as Mercado describes: “Reggaetón started as this underground revolutionary sound that was really raw and spoke about the realities of our struggles — and I wanted to explore how colonization and capitalism subverts it”. Mercado describes his aesthetic as a “wild style grab bag of techniques and visuals”.

Since the narrative is not the most straightforward the aesthetic becomes paramount in creating the universe of the characters, with the color palette not only visually pleasing but working to give the film its infectious energy. While there is a certain consistency in the characters as they embark on their epic adventure, Mercado regularly changes style making the film all the more engaging and complementing Barbie and Vico’s journey. “The film is a mixed media piece, using cel animation both organic and traditional, draw overs, lo-fi CGI, post-processing, analog processing”, the director reveals when discussing his production. The wildness of the narrative is really enhanced by what Mercado calls “a cross-pollination of techniques”.

Nuevo Rico had its world premiere at the 2021 edition of SXSW where it won the Oscar-qualifying Best Animated Short Award and after multiple selections and awards along the way, it finally premiered online through Animation World Network earlier this week. Mercado already has a new narrative short film, They Almost Look Like Tigers, which will hit the festival circuit in the new year and is currently developing a number of projects, including the feature version of Nuevo Rico.