Shot over one night in the loud, dimly lit printing press, this is the story of the men whose labour lies behind Sierra Leone's oldest daily newspaper.
READ REVIEW
Next Previous 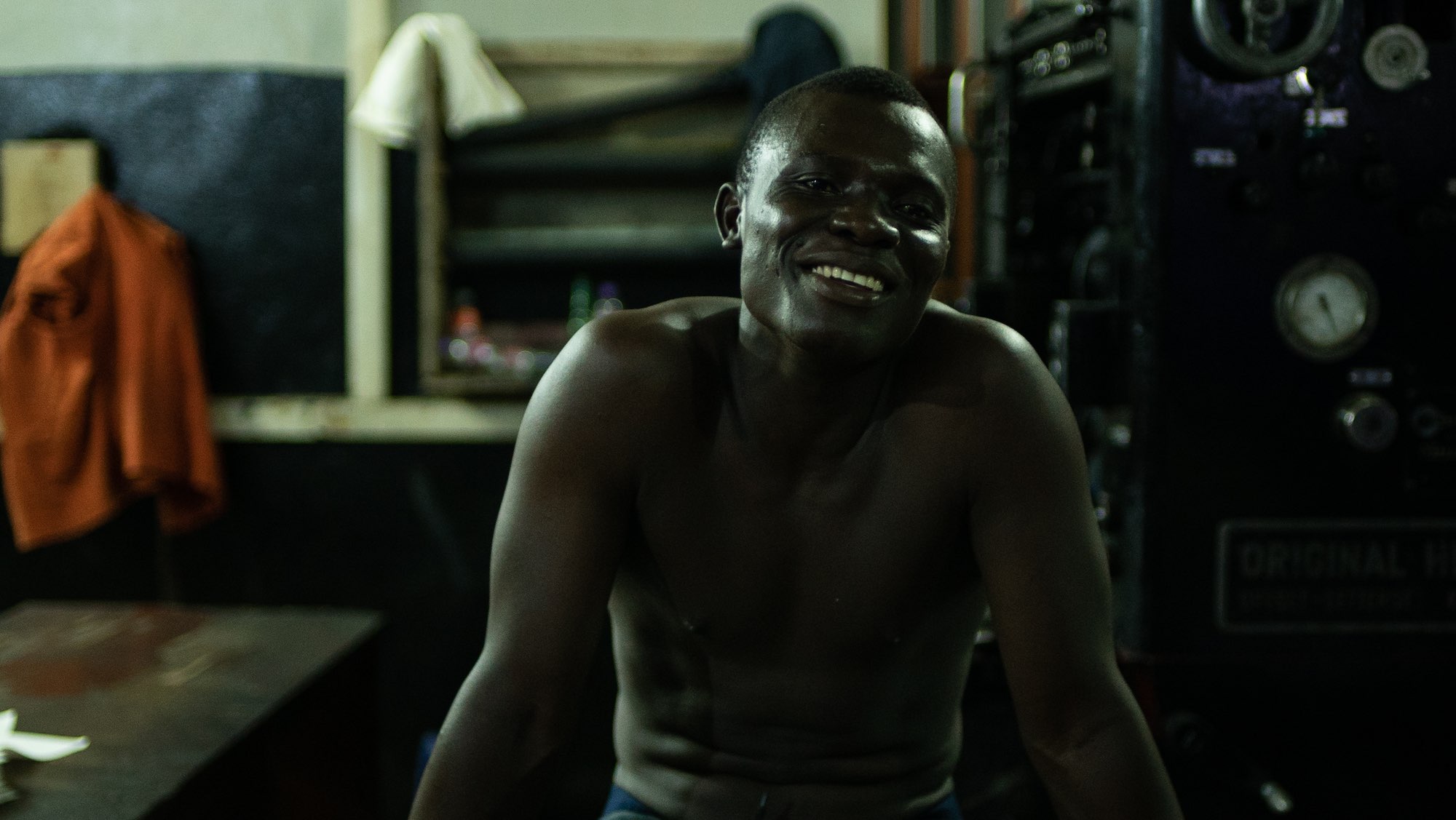 For generations, starting the day with a hot beverage and the daily newspaper has been a tradition in many parts of the world. To get the news hot off the press, a team works all night to ensure that the next day’s issue is printed on time. In Awoko, filmmakers Felix Bazalgette and Josh Hughes invite us to join the night shift of the oldest daily newspaper in Sierra Leone, offering us the opportunity to witness the printing process and immersing us in the sweltering atmosphere, along with the workers.

Back in 2014, Bazalgette and Hughes were working on a different project in Sierra Leone, living across the street from where the Awoko newspaper was printed. The loud noise of the generators powering the printing press intrigued them, prompting them to investigate and this is when they met the workers of the night shift. Stepping inside the print room, it’s easy to imagine how immediately engrossed the pair were with the process. Its rhythm and routine both hypnotic and majestic, especially when you stop to consider the future of print media, which adds a certain romanticism to it all. After hanging out with the Awoko employees on multiple occasions, the filmmakers quickly became friends with the crew and decided to return to Sierra Leone in 2020 to capture their process and their spirit on film. 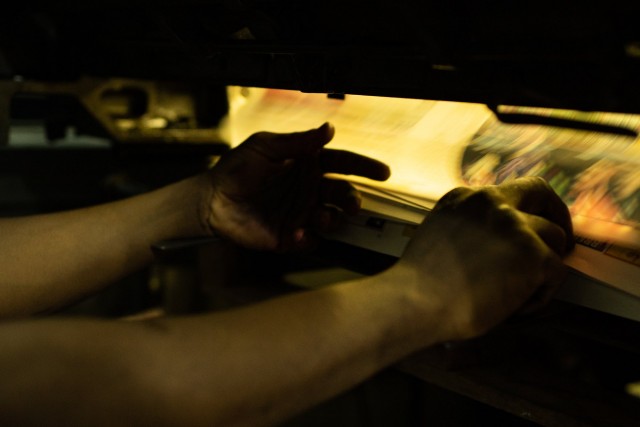 It comes as no surprise that to immerse the audience into that universe, the observational documentary approach felt the most fitting. Structuring their film around the printing process and the deadline the workers face helps give the audience a greater understanding of not only the shift they work but the bond they share. Both filmmakers wanted as much involvement from the Awoko employees as possible, conducting extensive interviews about the specificities of their work and their general experience. This insight not only gave them the right material to bring this environment to the screen but also provided them an insight into the dynamic of the team. “We really wanted to capture the sense of community, humour and common purpose that they bring to their work”, the co-directors explain.

The camaraderie is evident, and the fact that they are all very comfortable with the camera allows the footage to genuinely depict their different personalities and what they all bring to their work. Their workplace responsibilities are brought to the screen through the aforementioned editing, which structures their night and the cinematography really contributes to how captivating Awoko is. Watching the paper come together, the textures feel palpable when we see articles coming out of the printing press and the camera movements perfectly match the energy of the workers. Bazalgette and Hughes were hoping to “represent the important work done by this small community of men” when shooting Awoko and the final film feels like a real testament to their work.

Felix Bazalgette is currently working on a collaborative film made with the residents of a care home in East London while Josh Hughes is Cinematographer on a new short documentary titled Seal and the City for Netflix, that should premiere in the new year.