Only a formal handshake separates two politicians from a sealed contract. But as both stubbornly try to gain the upper hand within the gesture, their grim intransigence takes on a monstrous life of its own.
READ REVIEW
Next Previous 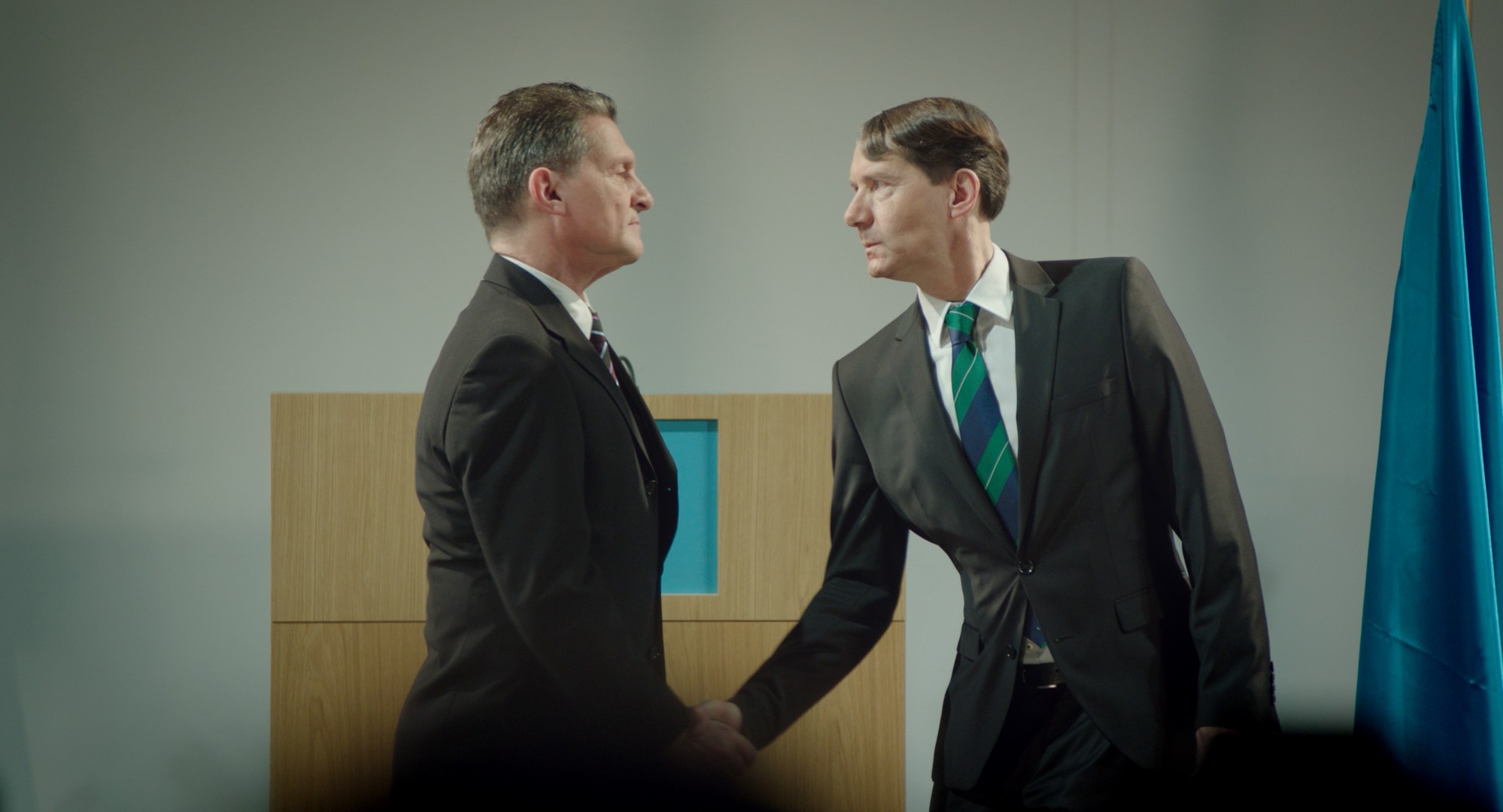 One of the things that I’ve always loved about short film, is just how far a narrative can be pushed in such a short duration. Ennio Ruschetti’s midnight short Hand in Hand is a perfect example of this. Clocking in just shy of four minutes, what starts with the seemingly mundane situation of a conference between two politicians quickly evolves into a twisted nightmare. If pandemic events haven’t already put you off handshakes, Ruschetti’s film will.

The film’s premise is simple – a handshake between two politicians goes too far, threatening to consume all around them – but it’s the escalation and execution that makes Hand in Hand such a notable short. Transcending its gimmicky potential, Ruschetti turns what could have easily been a forgettable sketch into a haunting parable and sharp take on modern politics.

It’s about 60-seconds into the short that you realise something isn’t right, with that handshake lasting far too long. 120-seconds in and things have totally gone to hell, with screams starting to echo around the auditorium. 180-seconds in, a hero steps forward and saves the day – it’s quite the narrative arc, especially when you take into account the cyclical nature of the short’s climax. 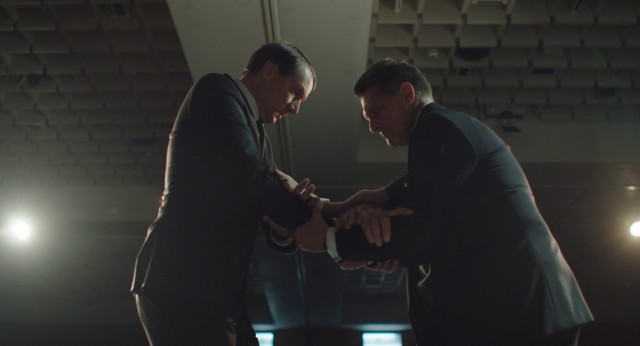 The moment in Hand in Hand where the film transforms from political satire into something much darker.

As you can imagine from that description, editing plays a major part in ensuring the storyline rattles along at a tremendous speed and is a key component in the film’s success. However, it’s the ingenious approach to production around the genre switch where it really clicks for me. The moment those extra hands come into play, Hand in Hand steps up another couple of gears (as if events weren’t already escalating fast enough) and it becomes clear why SXSW screened Ruschetti’s film in its 2020 Midnight Shorts section.

The director explained the process behind filming this memorable scene, in conversation with Meghan Oretsky as part of the film’s premiere on Staff Picks:

“The moment of entanglement was a very fun challenge and one of my favorite parts of making the short. Up until the point where we see the finished monster, there is actually only one VFX shot: the two-shot of the politicians with the many hands where they realize what is happening.

We just placed a bunch of people behind them and they all entangled their hands. Then we removed the people. After the supernatural amount of hands was established in the first shot, we just filmed a lot of hands strangling the politicians in close-ups. It worked and looked great and it is all in camera. In-camera is always preferable because you can work and refine it live on set. It is also easier for the actors when they are actually drowning in hands.”

Having caught Hand in Hand when it screened as part of SXSW last year, despite its short runtime Ruschetti’s film is one that’s stuck with us ever since. It’s an attention-grabbing piece and with world politics in a continuing state of disarray, it shouldn’t lose any of its relevance or impact anytime soon.