Louis, 8-and-a-half years old, is autistic. He arrives at his new school and is about to introduce himself.
READ REVIEW
Next Previous 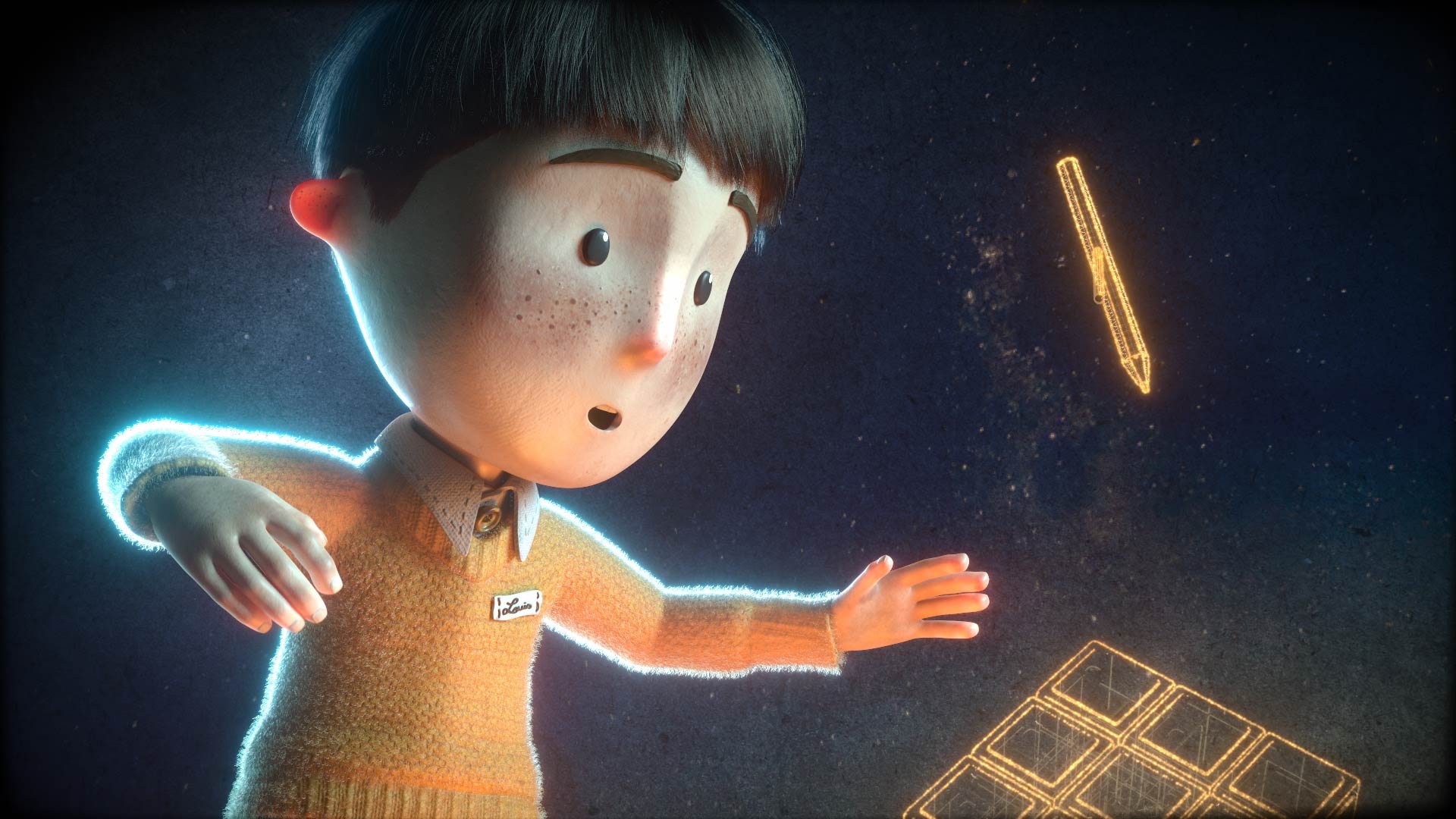 Empathy can feel in short supply in today’s world, but the ability to place yourself in someone else’s shoes is an important skill when it comes to understanding others. If it isn’t something you possess in your toolkit, you might need a little help and film (and storytelling in general) is a great aid in eliciting such reactions. Les Chaussures de Louis (Louis’ Shoes) is a short looking to do just that, as it tells its story through the eyes of a young autistic boy in the hope of raising awareness and resonating with viewers.

Created at Ecole MoPA, by Jean-Géraud Blanc, Théo Jamin, Ka Yu Leung and Marion Philippe, the five-minute animation focuses on eight-and-a-half-year-old Louis on his first day at a new school. Asked to introduce himself to his new classmates, this is an important moment for the titular protagonist of Louis’ Shoes, as he wants them to understand his unique perspective of the world. Confused by the ritual of waving to say hello and with an aversion to eye contact, will his fellow pupils accept Louis for who he is? Or will they shun him and his blue, size 33 shoes? 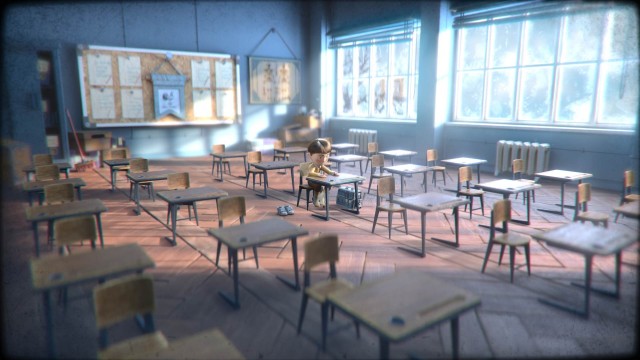 Louis feels isolated in school until an act of solidarity from his classmates shows him how welcome he is.

Initially inspired by autistic philosophers, the quartet behind Louis’ Shoes recognised that for their film to be successful and genuine, pre-production was going to play an essential role and so they set out on what they describe as “a journey of interviews and research”. Basing their character and his experiences around the testimonials of people with autism, the team were able to create a sense of authenticity throughout their short and this, in turn, helps with the feeling of warmth and understanding that radiates from their story.

“The theme is specific but the struggle is universal”

“Throughout the film, we thrive to create Louis’ particular way of seeing the world, which is at the same time a way of seeing ourselves, by walking, together, in his shoes”, the four co-directors explain. “The theme is specific but the struggle is universal. When the audience sees how Louis overcomes his difficulties with courage and sincerity, hopefully, it can resonate with people … even those without autism, to have the courage to accept and understand”.

Recognising CG animation as “the best tool” to do justice to the inspiring stories of their interviewees, Louis’ Shoes pairs its moving storyline with an affable aesthetic that welcomes its audience into Louis’ world. With the majority of the supporting characters framed so we never see their faces (until the very last scene), the team do a good job of inserting viewers in the gaze-avoiding point-of-view of their young protagonist. For some, this approach could have been limiting, but if anything it has forced this young team of animators to really push out their creativity and think of new ways of framing scenes. With so many shots from floor level or from Louis’ PoV, things could have got tiresome very quickly, but at just over five minutes in length, it never feels gimmicky or overstays its welcome.

Selected at festivals worldwide, Louis’ Shoes picked up the Gold medal in International Animation at the 2021 Student Academy Awards. Released online for a short period, as it’s hoping to be shortlisted for the Best Animated Short Film award at the 2022 Oscars, you should watch this charming little short while you can.