Four years after the presidential debate that catapulted him to stardom, a forgotten internet sensation struggles with withdrawal from his stint in the limelight.
READ REVIEW
Next Previous 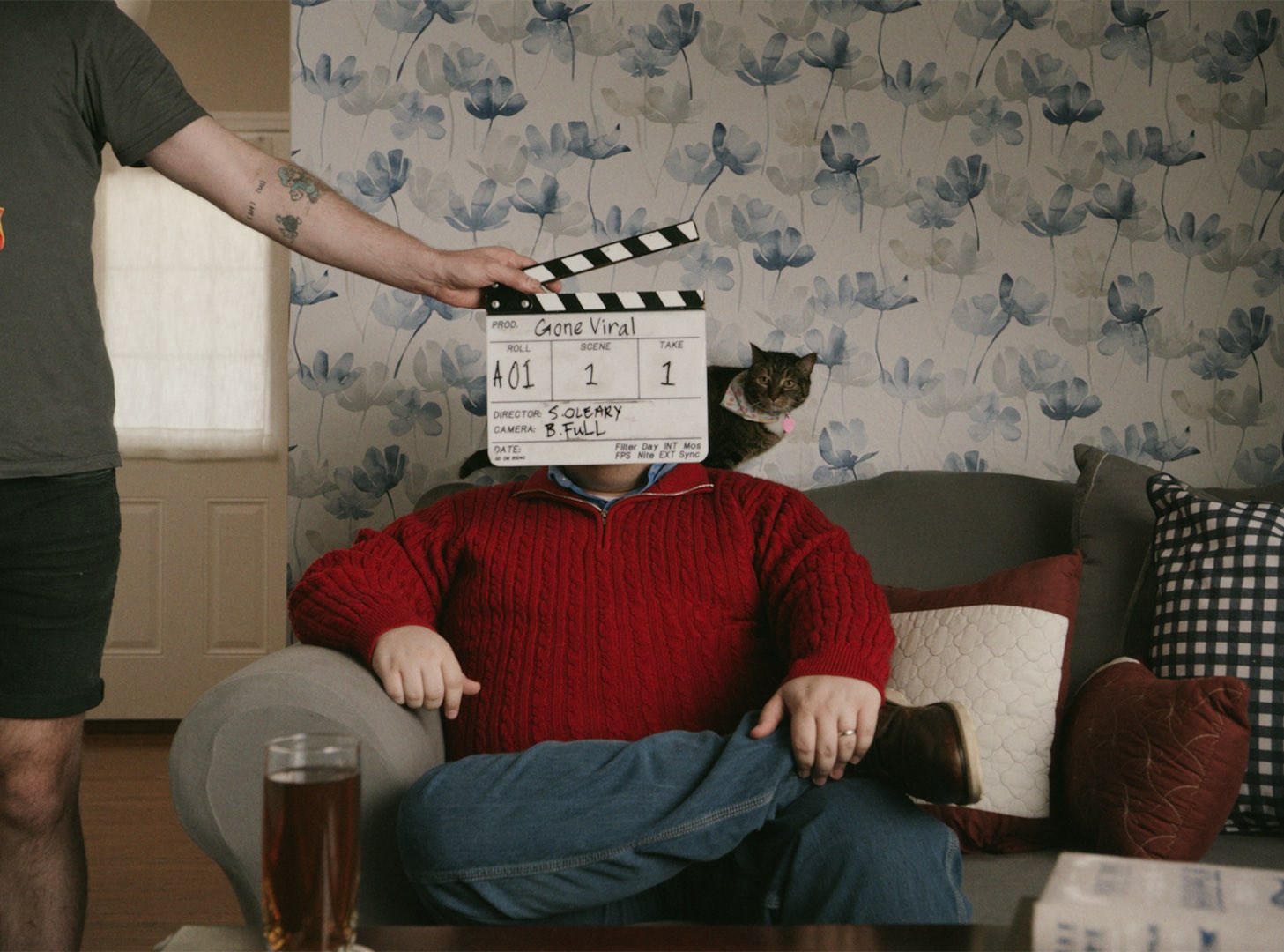 There’s a famous quote, often attributed to Andy Warhol, which states that “in the future, everyone will be world-famous for 15 minutes”. A bold statement at the time, but in today’s world of reality tv, viral videos and internet memes, never has it felt more true. The walking, talking, red sweater-wearing epitome of this 15-minutes of fame is Ken Bone, a self-proclaimed “blue-collar worker” thrust into the limelight after his appearance at the second 2016 presidential debate and the focus of Savannah O’Leary’s charming short doc Gone Viral.

Picture the scene: the televised debate between Donald Trump and Hilary Clinton has descended into what Bone aptly describes as “really nasty and divisive” when up steps the besweatered man himself with a question on energy policies and climate control. A friendly face on a night of insults and character attacks, it turned out that Bone was just the tonic the public needed after the bitter war of words between these presidential candidates. As the event concluded and the participants left the stage, discussions were raging online over who won, but there was another line of discourse emerging – one focused on Ken Bone, the man the internet declared the “true hero” of that evening.

“I wanted to explore what it feels like to have your identity captured, flattened, celebrated, and then ultimately, forgotten”

That Sunday night in October was just the start of Bone’s story, with O’Leary catching up with this “regular dude” four years down the line, as he reminisces over his short stay in the spotlight and discusses the impact it had on his life. “I wanted to explore what it feels like to have your identity captured, flattened, celebrated, and then ultimately, forgotten”, the filmmaker explains as we discuss her aims with Gone Viral. Admitting that she thinks Ken himself is still processing what happened, O’Leary wasn’t interested in a rebuttal or a reckoning but instead hoped that viewers of her film would “consider their own behavior as consumers and enablers of the internet”.

It’s a light-hearted, easily digestible take on the disposal nature of fame and it’s this approach that really makes Gone Viral such an enjoyable watch. You can imagine other documentaries taking a darker, more negative approach, but that just wouldn’t have felt right for this film’s subject. As the clip of Trevor Noah proclaims “he’s so fluffy” and there’s something about Bone that is appealing and neighbourly, with O’Leary revealing he was “undeniably charming and self-aware of the phone” and that she “knew he’d be a great subject”. He comes across as a genuinely nice guy, someone you’d be happy to share a drink with and the tone of this short perfectly reflects that – although it’s worth noting the short never really delves into the Milkshake Duck situation that arose after Bone’s rise to fame.

Despite the relaxed feel to Gone Viral, don’t underestimate the effort that went into making the short, as O’Leary admits she “took a very choreographed approach to the cinematography” with DP Brennan Full. “I wanted to evoke the chasm between Ken’s online and offline experience”, the director explains. “So while the edit brings to life the frenzied, chaotic experience of going viral, Ken’s everyday life was captured in patient, locked-off shots that communicate the quiet humdrum of everyday life. Every frame was shot-listed, as if we were making a narrative. Meanwhile, I wanted to style the interview like a confessional. Finally, Ken would weigh in on the action and stare back at the crowds”.

The score is also hugely influential in helping to set the tone of the film, with O’Leary originally cutting the film to temporary tracks that ranged from Jefferson Airplane to Talking Heads to Argentine tango. Replacing these with original tracks created by versatile musicians Jim Brunberg and Ben Landsverk of Wonderly, the filmmaker credits their work as being “crucial in facilitating the shifts in tone throughout the piece, from cheeky to charming to reflective”.

It all comes together to form a well-considered approach that really pays off, as combined with Bone’s breezy personality and his rags to (internet fame) riches story, it’s the kind of short that’s a real joy to watch. With Gone Viral premiering on The New Yorker over a year ago, the short came to our attention when it was recently Staff Picked – making it O’Leary’s second film (after The Making of Panthera) to proudly sport that prestigious Vimeo badge.