The Skatepark on Treasure Island

The story of an illegally constructed skate park on San Francisco's Treasure Island, seen through the eyes of a veteran builder who has dedicated his life to the craft.
READ REVIEW
Next Previous

The Skatepark on Treasure Island 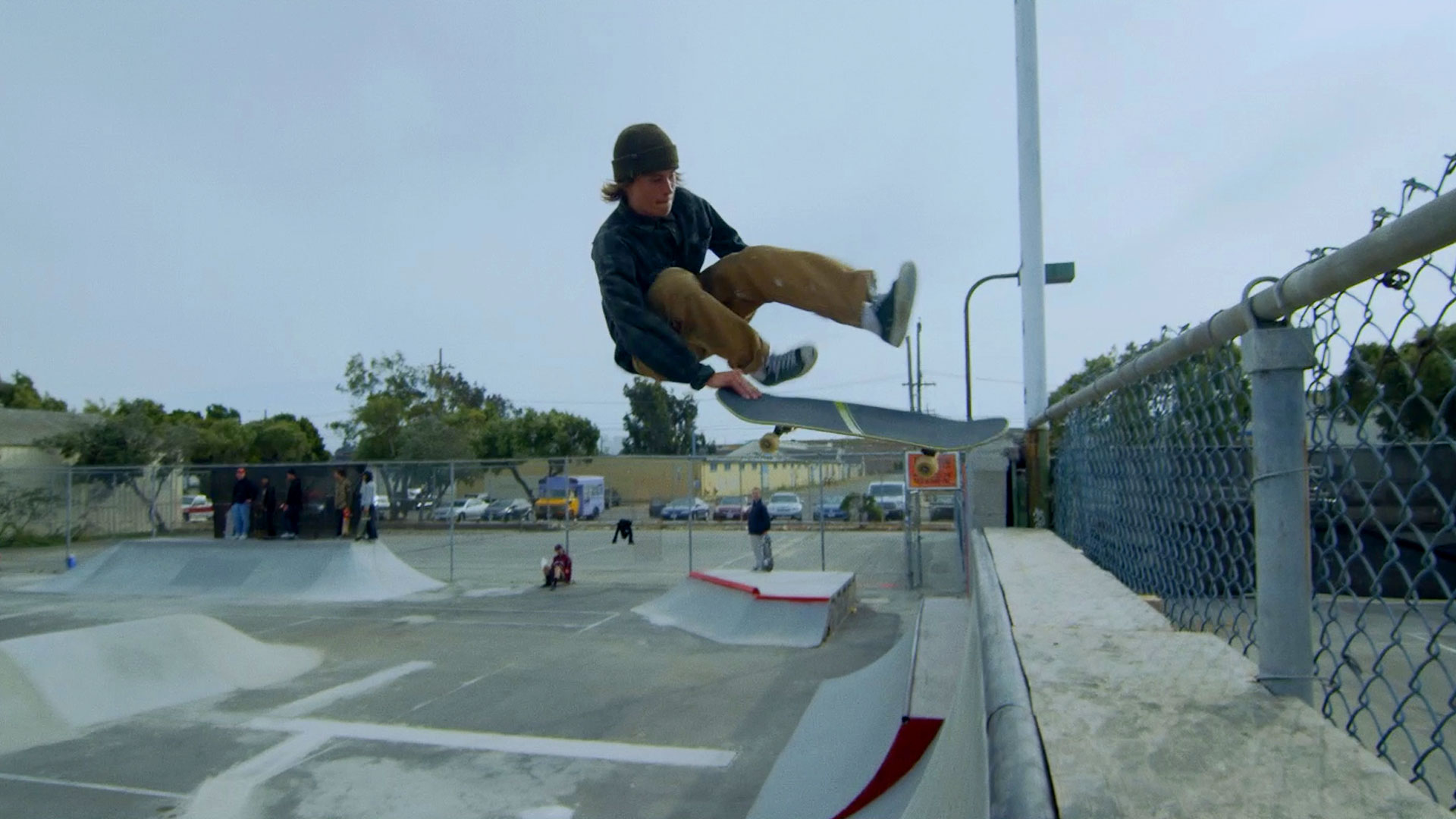 Skateboarding, as the pervasive 90s-era sticker slogan reminds us, isn’t a crime, but what about building a skatepark on private land without permission?

Meet Josh Matlock—a Banksy-esque figure in the skate community who has devoted his life to surreptitiously building skateparks across the country amidst urban sprawl. It’s clear from the get-go that, despite their legality, Matlock’s endeavors are altruistic at their core, striving to build a community by physically constructing a place for boarders to hang and shred. But, his efforts are, historically, met with resistance as his concrete creations are often on the opposite end of a bulldozer (as depicted via heartbreaking archival footage at the start).

But, that’s not the case with one particular jewel on his resume: an illegally constructed skatepark on San Francisco’s Treasure Island…

The skate park in the process of construction.

Part of skateboarding’s cultural appeal (at least for a square like me) is the pure punk rock aesthetic of it all: a sort of proverbial middle finger to authority, shredding empty parking lots and grinding rails despite “the man.” So in the case of Jeremy McNamara’s terrifically entertaining doc, it’s somewhat ironic that the real core of this film is a bunch of guys in Thrasher sweatshirts filling out permit applications and attending local government community meetings, where—surprise!—the stuffed shirts in charge are actually supportive of the process. Admittedly, in some way, this particular story is a victim of its own success: as viewers we are so ingrained with basic plot structure that you’re expecting Matlock and his crew to be met with resistance as they try to get their skatepark approved. But, there’s also a giddy joy to it all, watching as these elites approve of this rag-tag skatepark built smack dab in a place designated for “urban renewal.”

A skateboarder himself, McNamara’s passion for the material comes through via the filmmaking. As he relates to Short of the Week:

“I wanted to provide viewers with a raw and honest look into a culture that I think is second to none, a culture that is self-sustained and resilient. If the film can spark a fire in anyone else to take a chance and follow their heart, that makes it worth it. Lots of people want to pursue whatever their passion might be, not as many pull the trigger.”

In the film, McNamara largely avoids the larger sociopolitical threads at the fringes of this story (San Francisco is well known for its harsh gentrification practices and skyrocketing property values), but the result is an upbeat and engaging look at the joy of skateboarding and the community the sport can foster. Smartly, he keeps the film focused on the process of getting the skatepark legally accepted by the local government, avoiding the standard “profile doc” talking-head stuff that inundates the short doc landscape. The film, in turn, feels specific to this person and place, but also “moves” as a story. It’s a compelling narrative that is balanced by captivating characters, artfully shot and well-paced. There’s even a terrific bookend where we find our hero setting out, once again, to build a renegade skatepark to make up for the one demolished so many years ago. A superhero’s job is never done…

Of course, it’s worth noting that not all endings necessarily stay happy and I’m curious to see if Matlock’s concrete paradise on Treasure Island will still exist in 5-6 years (especially as growth and development bring shiny new buildings and chain restaurants to the area). Still, though, in a world that can often feel bleak, it’s nice to bask in a victory for the punk rock underdogs…even if it’s just for a little while.