A young Taiwanese party girl comes home from living abroad, to try to say goodbye to her uncommunicative father before he has to start serving time in prison.
READ REVIEW
Next Previous 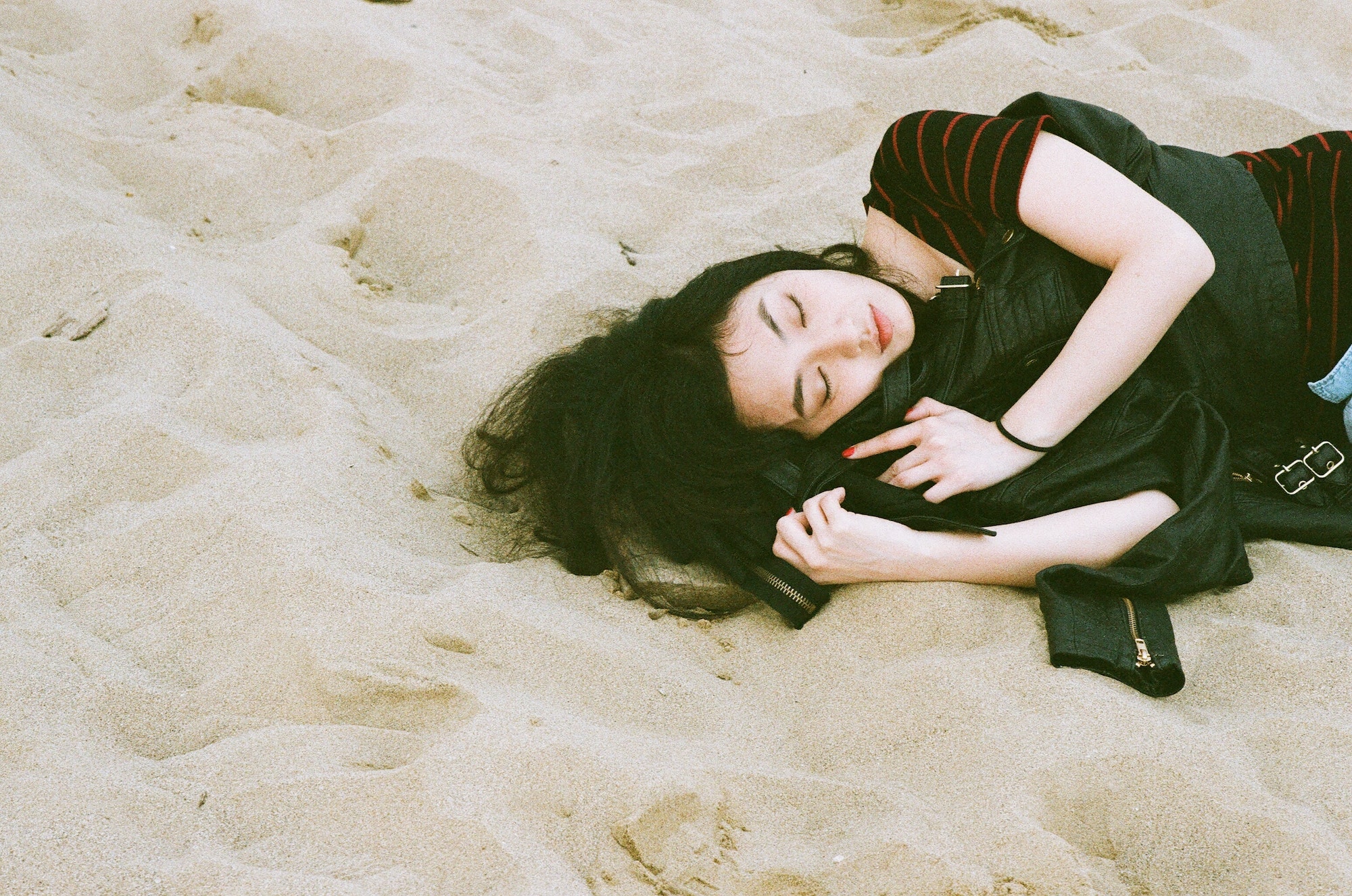 Standing in the long tradition of independent films about disoriented young adults returning home to confront their past/present, Miss World from writer/director Georgia Fu adds a new angle to the canon by telling the story from the perspective of a young Taiwanese(-American) woman who has to come to grips with her life on the eve of her father’s five-year prison sentence. Infused with her own real-life experiences, Fu’s 21-minute short employs a nostalgic 16mm aesthetic to tell a bittersweet tale of an estranged father and his wayward daughter.

With only a few remaining hours to spend with her dad before the start of his incarceration, instead of a teary goodbye 31-year old Jane decides to embark on a counterproductive downward spiral. With her life already starting to unravel even before this life-changing event – her partying is out of control and she found out by chance that her boyfriend is cheating on her – this is just the beginning of an evening that leads Jane to flake out on her father in order to chase some kind of distraction instead. Until the day of reckoning arrives. 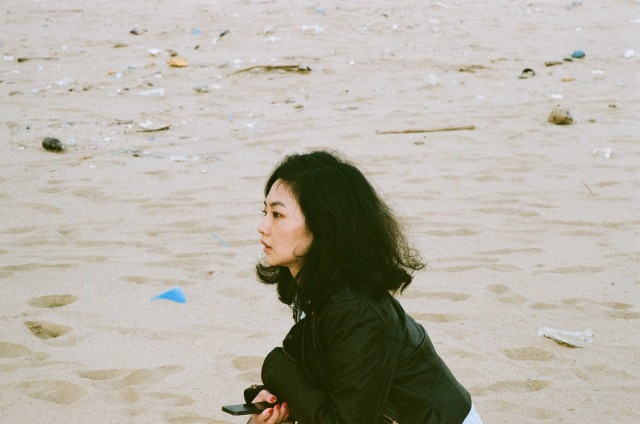 We’re introduced to Ambrose Liao as Jane as she wakes on a litter-strewn beach.

While at first, it may seem extremely insensitive that Jane would turn to drugs, instead of spending the night with her father, it quickly becomes apparent that she doesn’t know any other way to cope. And as her dad switches on the TV and finds his own form of escapism, instead of having a conversation with his daughter, we begin to understand she may have actually learned these emotional inadequacies from her father. Just because you’re around each other, doesn’t mean you are with the other person in the room. When you’ve grown so far apart, what’s left to say? And also, what would you do on your last evening before going to prison? Without giving too much away, it is one of the biggest ironies of the film and an inspired choice by the filmmakers that an absurd coincidence eventually creates a touching moment of bonding.

The reasons for the prison sentence are never explicitly articulated, but we don’t need to know the exact circumstances to feel the lingering remorse of both Jane and her dad and their individual life choices. As the bard said: “The sins of the father are to be laid upon the children” and in Miss World there is an unspoken connection between father and daughter that is created by both of them seeing their own deficiencies in each other. Jane isn’t a criminal per se, but she treads in troubling waters. For the longest time, we can’t even be sure if she actually cares about her father’s prison sentence, while he himself exudes a peculiar indifference too. Their paths have diverged to a point where it doesn’t make much difference if Jane’s dad is in prison or not.

Eventually, Jane needs to confront various harsh realities over the course of the film. Even though she seems to have lost touch with her family some time ago, it’s clear that the entire ordeal is wearing on her. Additionally, the situation amplifies her own shortcomings and self-destructive tendencies. For how much longer does she want to party to so hard that she wakes up on an empty beach before driving home half-drunken, or having one-night-stands with strangers who might turn out to be perverts?

“The story of a girl who is messy, not always likable, and makes mistakes in her life”

Ambrose Liao portrays Jane with the necessary millennial mixture of world-weariness and constant anxious energy–which is elevated in the sound design by switching between quiet moments and the use of a fidgety score. In Jane, we find a flawed heroine that might be frustrating to some, but it’s her perceived faults that eventually make her character feel more humane and authentic.

As writer/director Georgia Fu describes it best herself, she “was interested in telling the story of a girl who is messy, not always likable, and makes mistakes in her life. It’s the kind of vulnerability and imperfection in a character that I especially relate to, and feel for.” I wholeheartedly agree. Despite the circumstances, Miss World doesn’t try to make any palpable excuses for Jane’s behavior, which helps the film to enhance the feeling that we are not alone in our own struggles.

All that being said, Miss World is still captured with a light touch in the storytelling. The strengths of the script exude from the empathetic character development and the blending of humorous tones with dramatic plot developments. “I wanted to convey a mix of strong emotional moments intercut with touches of comedy,” Fu explains. “I always try to save an ounce of laughter when I run into tragic events in my life, because I think the two together really make each other more meaningful.” 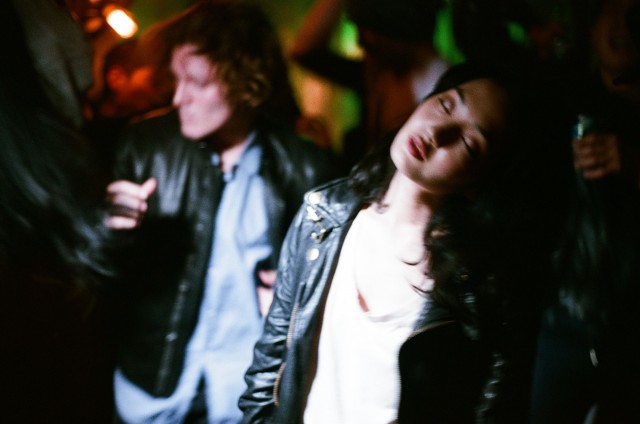 Although I wouldn’t presume that the filmmaker based the character of Jane directly on herself, Fu’s own parents served time in prison and she turned to weed as a form of self-medication to cope with the circumstances. Much like in her film though, an unexpected incident helped her to understand the often unspoken bond between parent and child and helped to eventually inspire Miss World:

“One day my dad found my weed, and instead of berating me, he actually sat me down and pointedly asked me what was wrong”, the director reveals. “In that moment, I was surprised that in the face of something so heavy in his personal life, he still stopped and took the time to be my dad and care about what was going on in my life. That love and care between a parent and child, and the inability to express those emotions, was something that I wanted to capture in the film”.

Miss World is Georgia Fu’s first foray into this kind of personal filmmaking, but I for one am thankful that she decided to process her story and emotions and make her subjective experiences available to audiences through the prism of a fictional short film. As she says, “I believe by going back and examining these familial relationships, it’s deepened my understanding of who I am”. Sounds like Miss World proved a cathartic experience for Fu, while also allowing some much-needed self-reflection for its audience.