Three sisters are facing an impending disaster: the imminent flooding by the Sea of the lands where they live. In the midst of such chaos, the sisterly union is shaken up and each of the sisters experiences the imminence of death, in their inner selves, in a different way.
READ REVIEW
Next Previous 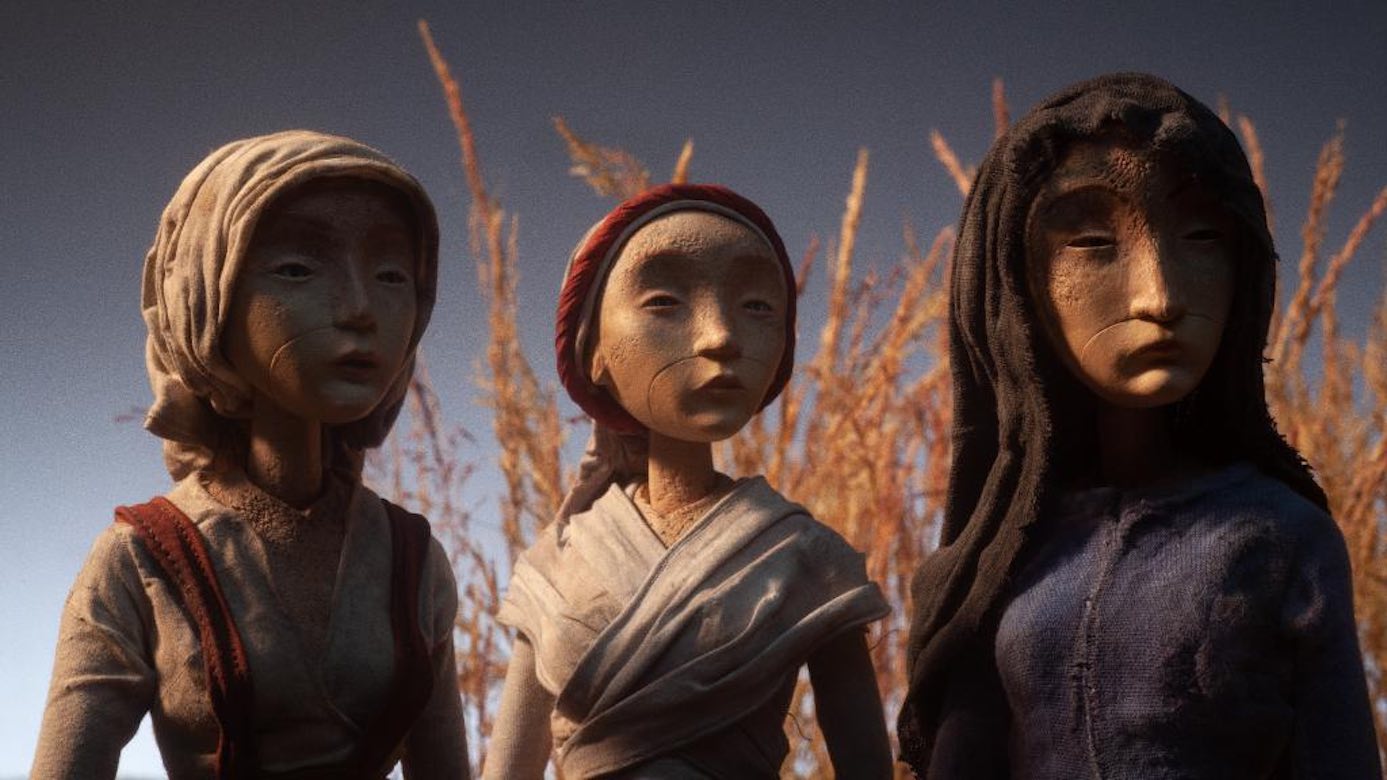 How will you face the end when it comes? Frédéric Even and Louise Mercadier’s beautiful animated tale Sororelle (Sororal) presents a gamut of reactions to impending doom, as three sisters face a natural disaster that threatens their very existence. With its haunting and often unsettling storyline brought to screen through some of the most striking stop-motion I’ve seen in a while, this is complex, layered filmmaking with the type of narrative depth that will resonate for some time.

Part existential exploration, part climate change parable, our first indication that life is about to change for Sororal’s trio of sisters comes early on in the short. After a title sequence where we see an imposing wave crashing towards us, the film cuts to a scene of the siblings collecting wheat in a field, a breathless man racing towards them hollering warnings of an approaching sea that will “submerge everything”. From this moment, their reactions to the upcoming catastrophe will shape the rest of their lives. 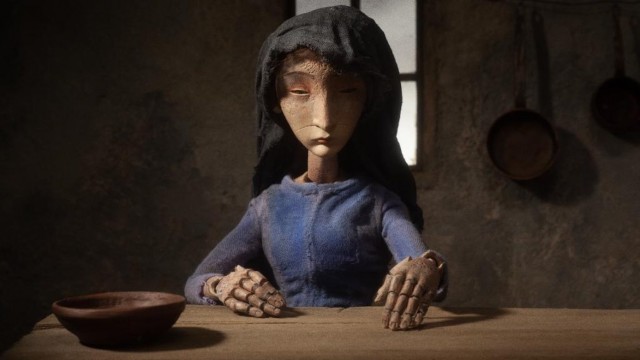 “The announcement of the flooding of the land by the sea will pull the three sisters out of the routine that usually regulates their lives, and push them towards the brutal discovery of potential death and nothingness”, the directorial duo explain in the film’s press kit. With one sister reacting with instant panic/fear, the other developing a mystical fascination with the sea and the third displaying a surprisingly calm and apathetic acknowledgement to their threatening situation, the directors confirm (in an interview with Laura-Beth Cowley on Skwigly) that “each sister effectively embodies a different temperament and mode of reaction”.

As their reactions start to alter their physical appearance, the two sisters who struggle to accept their fate becoming salt-encrusted and inflexible, you truly start to understand what a wonderful piece of craft this is. With the puppets inspired by gothic sculpture, there’s no intention here to make them feel life-like, instead, the directors want their audience to notice the joints and acknowledge their frailty, as they explain (again in that Skwigly interview):

“We didn’t want to hide that they were puppets, to be realistic and give them the appearance of flesh and blood characters. We found that seeing the mouth replacement lines and the joints in their hands help make them fragile and touching and although the distance is established with a being of flesh and bone it creates more empathy than with more realistic representation. We feel that they can break, we feel the precariousness of their construction. They appear all the more disarmed in the face of the immense wave which threatens them”. 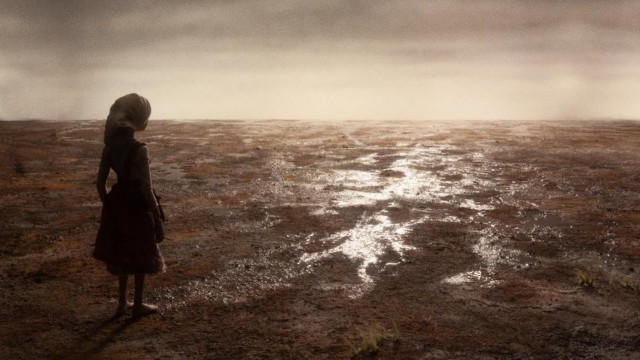 Just one of the many impressive set-ups in Sororal

It’s not just the textured puppets working to give the film such a striking look, Even and Mercadier complete their aesthetic by portraying the barren, sun-soaked land they inhabit with real flair and authenticity. Everything here, from the grass beneath their feet to the sun over their heads, feels organic, helping viewers totally buy into the on-screen world and the plight of the characters. This is truly a film where every element of production (I haven’t even touched on that stunning lighting) is working together in great harmony to elevate the storyline and make its impact as resounding as possible – I watched it almost 24-hours before writing this review and have been contemplating it ever since.

The seventh film from the Papy3D productions slate to feature on S/W, Sororal is Even and Mercadier’s second film working together, following Métamorphose, a 2015 “loose adaptation” of Kafka’s short story. They are now working on a new stop-motion film, which they shared with Skwigly would be the “story of an idiotic angel projected into space and time during important events”.