In a post-apocalyptic world where survival means never stepping off a thin narrow path, a lone woman must evade a creature who stalks her every move.
READ REVIEW
Next Previous 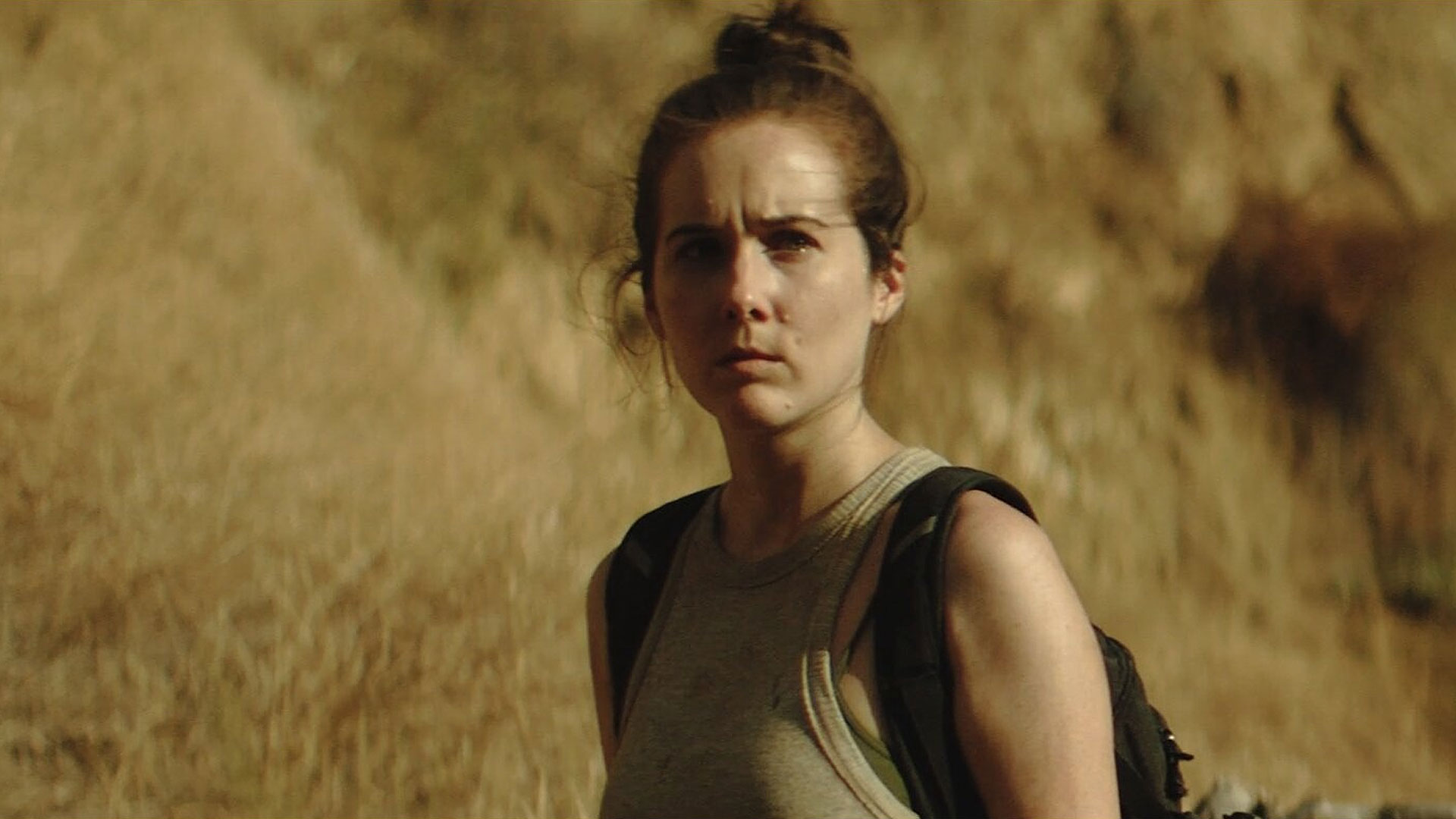 Good suspense is often born from narrative limitations—trapping characters in a place or restricting their resources, stripping away their potential for safety via very specific rules or circumstances. It’s an idea that, in its purest form, has found traction as of late via high-concept: Netflix’s Birdbox and Paramount’s A Quiet Place series come to mind.

Writer/ director/lead actor Anna Chazelle expands upon that particular suspense template with Narrow, a horror thriller predicated on high concept. But, instead of sensory limitations, Chazelle utilizes the idea of restricting one’s physical area of movement, a sort of dark and twisted subversion of the old children’s game of follow the leader. It’s a premise that is brilliant in its simplicity: easily understandable and perfectly suited for a horror film on a budget.

As Chazelle relates to Short of the Week:

“To me, horror clarifies what is truly important in our lives by stripping away the unnecessities. I love stories with simple yet imaginative premises that are approached in grounded, authentic ways. I especially loved the idea of playing with sound – I’m always particularly impressed by films, especially horror, that aren’t afraid of silence.”

Obviously, this sort of dirty and sparse post-apocalyptic milieu is somewhat of a trope (especially in indie shorts), but Chazelle handles it with a deft and polished cinematic hand. The scene inside the kitchen is an expertly crafted moment of suspense: so much is felt in the weighty silence. It’s creepy and scary, but the film never “cheats” with lazy jump scares or expected “boo” moments.

“We shot in 2 and a half days, on anamorphic lenses to lend an other-worldly quality to the landscapes” – Chazelle on her production

I wish the film delved a bit deeper into its own mythos (there’s a bit of the “proof of concept teaser problem” here), but what is presented is ripe for potential expansion in a way that most horror shorts aren’t. There’s a lot to be explored via this premise and Chazelle gives us just enough character development as we watch this protagonist reckon with past emotional trauma to keep it from being too flimsy. While we are denied specifics, it’s hard not to draw metaphorical and symbolic lines from the character work to the high concept itself. Moreover, I like that the monster isn’t the focus. I’ve seen enough creepy dudes in rubber suits or masks to last me a lifetime. Chazelle, instead, keeps the tension firmly in all that we do not see, mirroring the psychological trauma it’s attempting to explore

This is coupled with sharp technical execution. Chazelle and her team shot the film on a 10.5-acre ranch in Northern LA, and they use the otherworldy location to their advantage. We really do feel like we are at the precipice of the end of the world. And, after the past 18 months in which we have all dealt with isolation and fear, it’s far more haunting and resonate than you might initially expect.

Excited to see more work from Chazelle down the line!