After Sofia's husband is brutally murdered during a terrestrial invasion, she asks her local sensei to train her in the art of self defense.
READ REVIEW
Next Previous 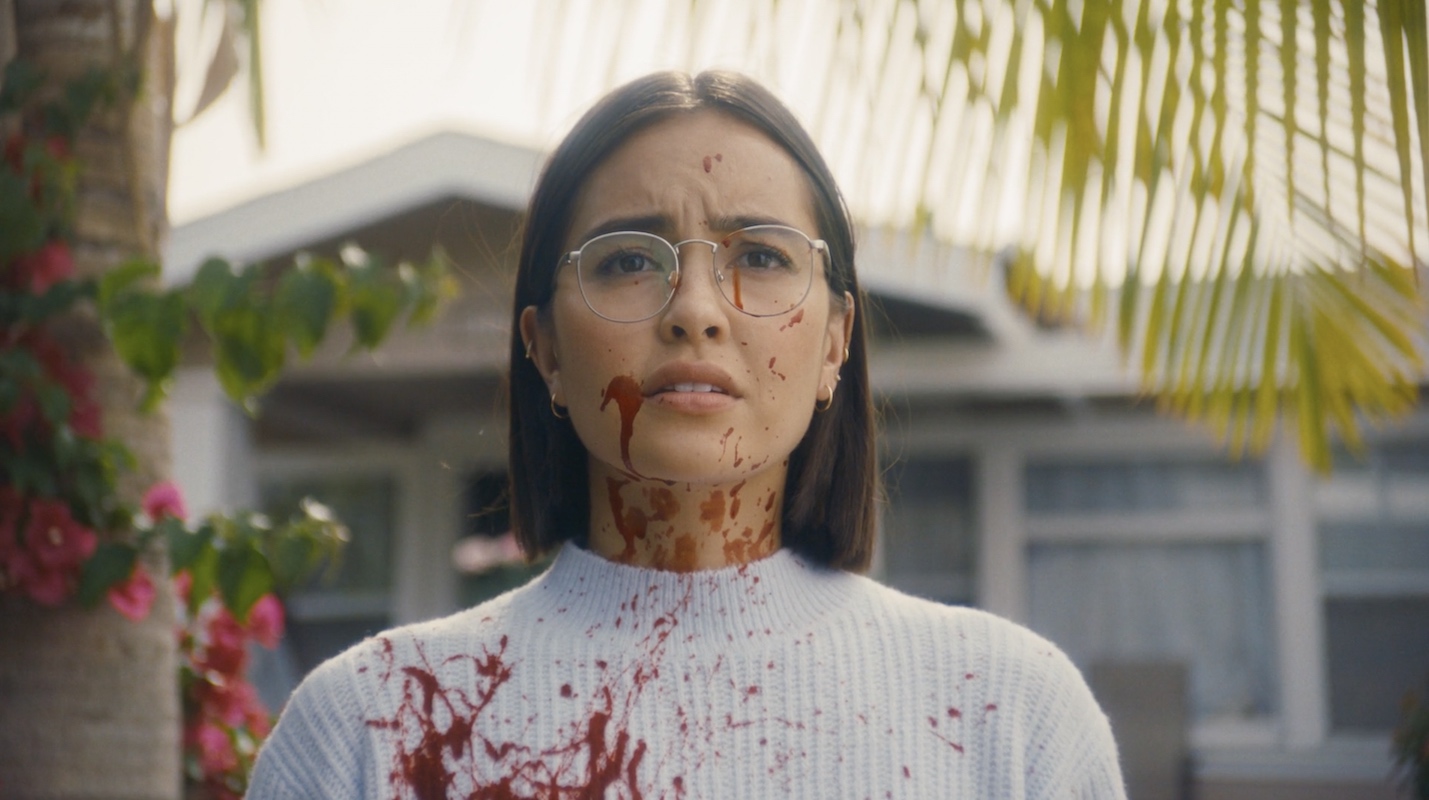 What would you do if your loving boyfriend was gruesomely killed during an alien attack? The answer is pretty obvious, right? Learn karate as fast as possible and kick some extraterrestrial butt! It seems like the only sensible plan and this is exactly what happens in Katherine Hughes’ Yellow Belt Fury, a delightfully zany comedy and kung-fu sci-fi short, with touches of Wes Anderson and Scott Pilgrim vs. the World.

It’s a kitschy perfect day in the relationship of Sofia and Mark: the sun and the art direction’s color palette shine bright, while the couple prepares waffles for breakfast. Everything is bathed in soft, glorious light until things take an unexpected turn and Mark’s blood is splattered all over Sophia’s face after she witnesses his death by unseen alien forces. Still covered in blood, she instantly decides to “learn the art of self-defense against extraterrestrial life.“ 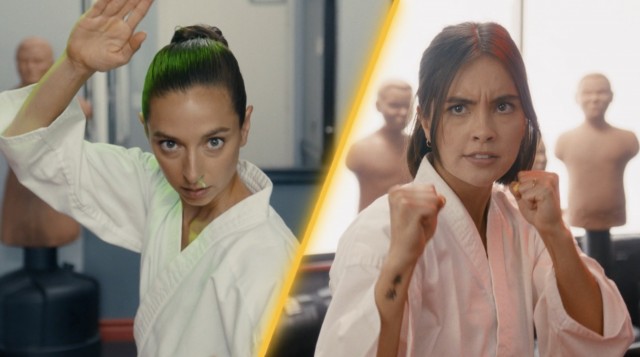 As a skilled Sensei takes Sophia under her wing, Yellow Belt Fury focuses in on the female badassery of the protagonists through musical montages and flip zooms. But as Sophia gets presented with her titular yellow belt, she quickly realizes that her biggest fight is yet to come. Staged with a mixture of action-comedy martial arts and confidently camp sci-fi effects, writer/director Hughes explained that this was her “first time directing a fight sequence,” so in order to prepare for the shoot, “we shot the sequence on an iPhone in pre-production so our editor could make sure we weren’t missing any pieces of the fight.”

Short films are sometimes (rightfully) criticized when they feel more like a proof-of-concept than fully formed narratives, especially in the VFX realm. One might justifiably attribute this criticism to Yellow Belt Fury too, but I would argue that the opposite is true and the short leaves us wanting more for all the right reasons. The film is a fun and fast-paced experience, meaning it should do well online and also at festivals, where it would feel like the perfect counterbalance to the programming of heavier dramas or sociopolitical documentaries.

“I wanted to make something including some of my favorite things. Aliens, karate, and women”

As someone who is prone to linger in heady thoughts and existential self-immersion, both as a film fan as well as in my private life, I am the first to admit that it can feel great to just watch a few minutes of pure, unapologetic high-concept entertainment. That’s not to undermine Yellow Belt Fury though, despite the light-hearted take it still tells a tale of female self-empowerment, just within the confines of the sci-fi action-comedy genre. Or as Hughes so perfectly explains: “I wanted to make something including some of my favorite things. Aliens, karate, and women”.

Katherine Hughes has used her experience as an actress in various TV shows and films like Men, Women & Children and Me and Earl and the Dying Girl to learn from the directors she has worked with and implement those lessons in Yellow Belt Fury, her first short as a filmmaker behind the camera. She has several series and features in different stages of development and pre-production, and given the intriguing premise of Yellow Belt Fury, it wouldn’t be a surprise if she was looking to turn the short into a larger project as well.