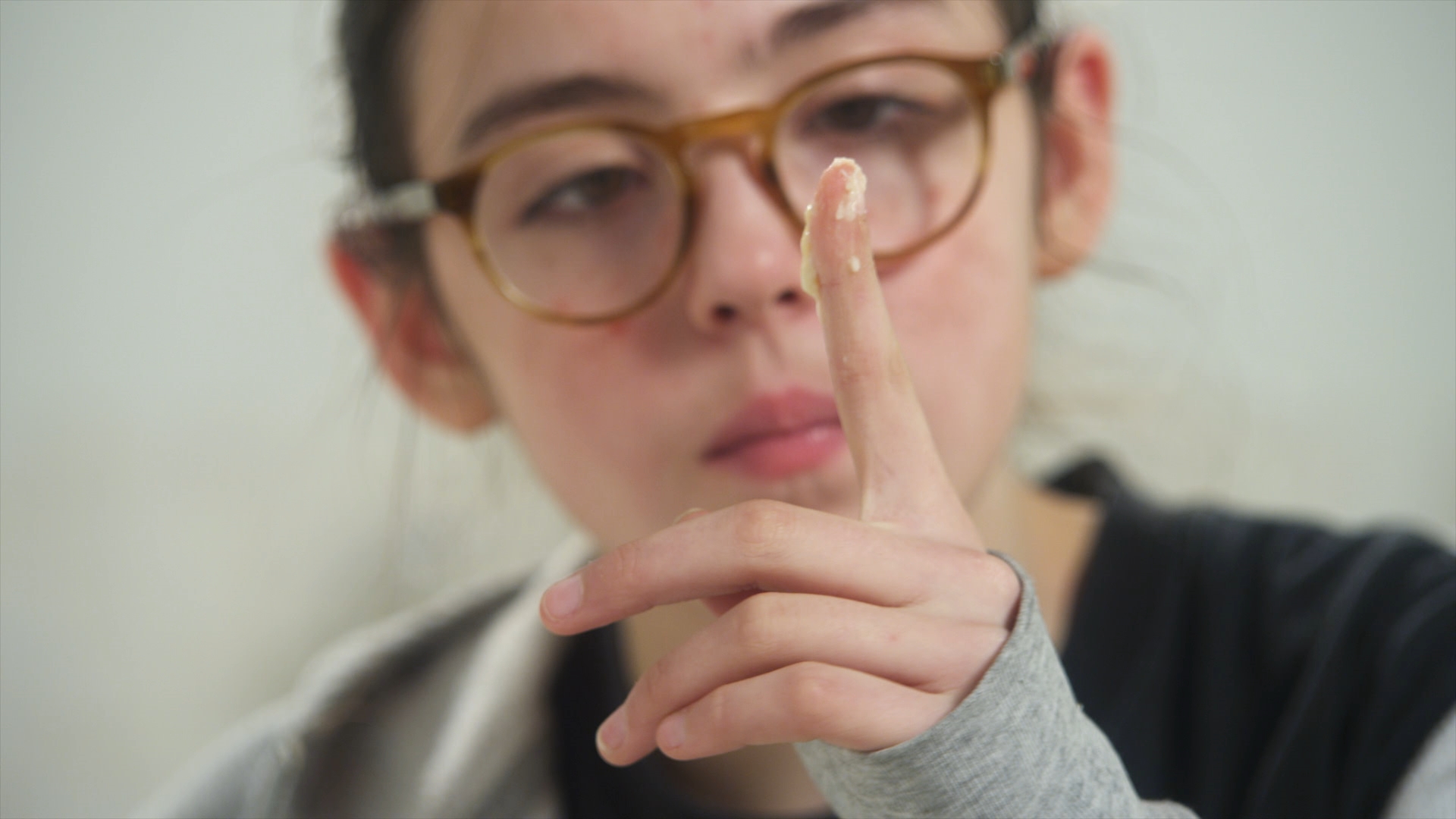 When Justine, aka “Junior”, has to stay home because of the stomach flu, she experiences a rebellion of her body. A tomboy, accustomed to exclusively male company, and who does not hesitate to affect a bit of misogyny in order to fit in, Justine could not have foreseen what her body is about to go through in this film that brilliantly marries body horror and dark humor. The debut film from celebrated writer/director (and now Palme d’Or winner) Julia Ducournau, the auteur exhibits her trademark energy and style in emotionally capturing a unique coming-of-age story in a fun and engaging way.

I do not call myself a genre aficionado, but the universe Ducournau has built from Junior, her very short film, to her most recent work, Titane, expertly balances self-awareness and the traditional pleasures of genre. In interviews, she often mentions that bodies (and working with them) are an essential part of her filmmaking process, and thus, it comes as no surprise that bodies are actual characters of her stories. In Junior, Justine’s body is clearly going rogue, expressing itself as an agent separate from Justine in an unexpected way to make itself heard. Tackling the most relatable coming-of-age moment—puberty—serves as the perfect set-up for a body vs mind scenario, also allowing Ducournau to pair the biologic themes of bodily change and estrangement with social ones: toxic masculinity and the misogyny of teenage boys.

This transformation we all go through is rarely depicted on screen in such a physical way. In pushing her concept to the limit, Ducournau simultaneously satisfies the film’s need for top-level hook, but also deepens the depiction of Justine’s identity crisis. Via the screenplay, Ducournau emulates her characters’ bubbling hormones through gendered banter that contrasts with Justine’s ambivalence. She feels more comfortable with the boys, but being a girl with a very feminine older sister, is an ever-present contradiction. The use of body horror grasps how disconnected from her body she is, how painful and, let’s be honest, disgusting it can be when our bodies change, and how afraid she is to talk about it, making her reaction to a key conversation she overhears in the bathroom authentic and effective.

The film is structured quite conventionally, with an exposition that is actually longer than usual occupying the first half of the film. Yet it does not slow down the pacing, as Ducournau injects the right amount of energy to keep the story moving. During this first half, she establishes Junior’s life at home, at school, and, most importantly, with herself, which builds a deep enough backstory to give the following events an authenticity and emotional depth. The actual transformation happens after the halfway point, before the third act that wraps the film on such a warm and sweet note.

Ducournau is now a widely acclaimed filmmaker, but integral to her meteoric rise is the collaboration she established at the very beginning, giving Garance Marillier (Justine/Junior) her very first on-screen role. Junior relies heavily on Marillier’s performance—in the first act, we are introduced to her character and through a restrained performance, she subtly bares the complexity of her physical estrangement. Later, she opens up the role, navigating the tone of the film remarkably, hitting the comedic beats and the more psychological ones perfectly while making the body horror elements compelling without ever overdoing it. Marillier shines in Junior, her performance destined her for the successful career she has built since, including reuniting with Ducournau as the lead in Grave (Raw) and as a supporting cast member in Titane.

Junior premiered at the 2011 edition of La Semaine de la Critique in Cannes. Ducournau returned to the festival five years later with her feature debut Grave (Raw) and won the FIPRESCI prize before taking the international festival circuit by storm. Cut to again five years later, Titane, the much-awaited follow-up, premiered earlier this month in competition of the Official Selection of Cannes, winning the Palme d’or.