Frank told a bad joke at his new place of work and nobody laughed, now at 3.00am he's unable to sleep as he ponders on the nature of memory itself.
READ REVIEW
Next Previous 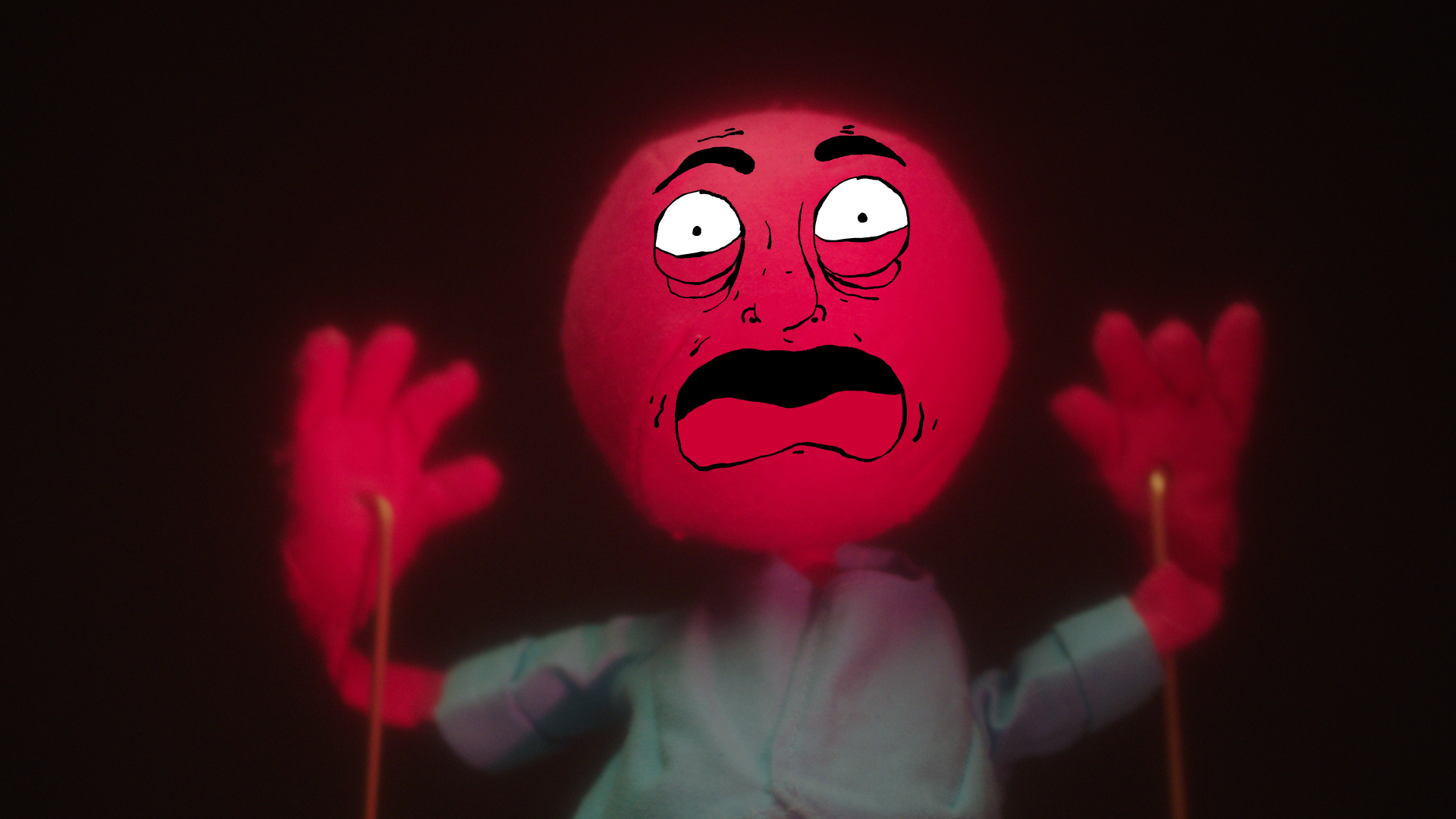 Who can say that they have never committed a social faux pas? That tactless remark, misjudged comment or strange behavior that we will obsess over later, even if those present barely actually registered it. Needless to say, I clearly relate to Frank – the main character of director Ed Bulmer’s animated short Frank’s Joke – whose attempt at humor in the workplace awkwardly bombed, sending him into a late-night downward spiral of anxiety and despair.

When we asked Bulmer what inspired Frank’s misfortune, he told us about the memory episode of the Radiolab podcast, which featured a neuroscientist explaining that “every time you revisit a memory, the more inaccurate it becomes; each time becoming further distorted by your perception of events rather what actually happened”. Bulmer added that from there he wanted to play with this idea for comedic purposes and so created Frank, a neurotic, awkward but very likeable average Joe. Pushing his nervous protagonist to self-flagellation by making him ruminate over the fact that his joke did not land at work (“obsessing about something a bit pathetic” as Bulmer describes it), mixing insecurities with a little dash of narcissism and an uncomfortable situation is always a good basis for comedy.

“I hope audiences will relate to Frank and his social faux-pas!”

By expertly juggling the two concepts of memory distorting the more we obsess and ruminate over an event and the frustration of losing sleep over it, Bulmer truly maximizes the comedic potential of both. Where the director really succeeds, however, is by making Frank an extremely likeable character, when it could have gone differently. “I hope audiences will relate to Frank and his social faux-pas!” he shares with us and though I certainly did, I believe that even if one does not relate, everyone can at least empathize with his self-imposed predicament. Despite its subject matter having the potential to go in that direction, Frank’s Joke never gets dark, its sharp and witty screenplay keeping the story light-hearted and entertaining throughout. 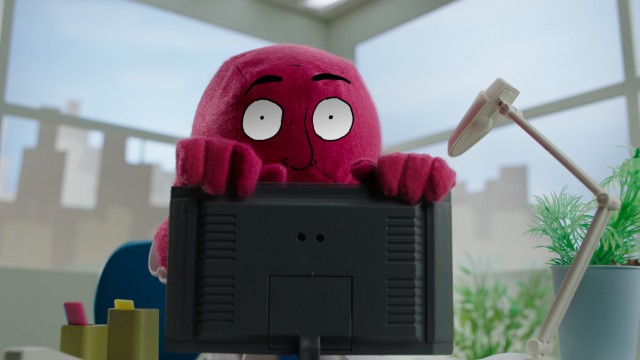 “We used a mixed-media approach of live-action puppetry and hand-drawn animation to express the physical world and Frank’s inner thoughts respectively.” – Bulmer on his production methods

Bulmer brings his film to life by combining two techniques in his production. Live-action puppetry is employed to recreate the world Frank lives in, creating a tangible environment and making his predicament feel more authentic and relatable, despite the immediate comedic feel of the aesthetic. While hand-drawn animation is layered over the top to represent his inner thoughts and inner turmoil. Combined, they work perfectly to portray the real and abstract qualities of the story, enhancing both the humor and the empathy in the narrative. It’s difficult to talk about the production of Frank’s Joke without mentioning that Jazz score, which heavily contributes to not only the pacing but the general vibe of the film. Complementing the unpredictable direction Frank’s mind takes throughout the six-minute film, it’s freewheeling, chaotic nature drives the storyline, until its ideal conclusion – a most realistic and comedic exchange with his roommate/co-worker.

We’re excited to host the online debut of Frank’s Joke, after it was included in our special coverage of the infamous 2020 edition of SXSW: 5 Shorts From SXSW to Watch Out For. Having graduated from the NFTS in 2018, you can view Bulmer’s latest work (including music videos for Declan McKenna and Pendulum) and his graduation film Hedgehog on his website below.