A severed head. A dead cat. An invitation to a journey of dreams and nightmares.
READ REVIEW
Next Previous 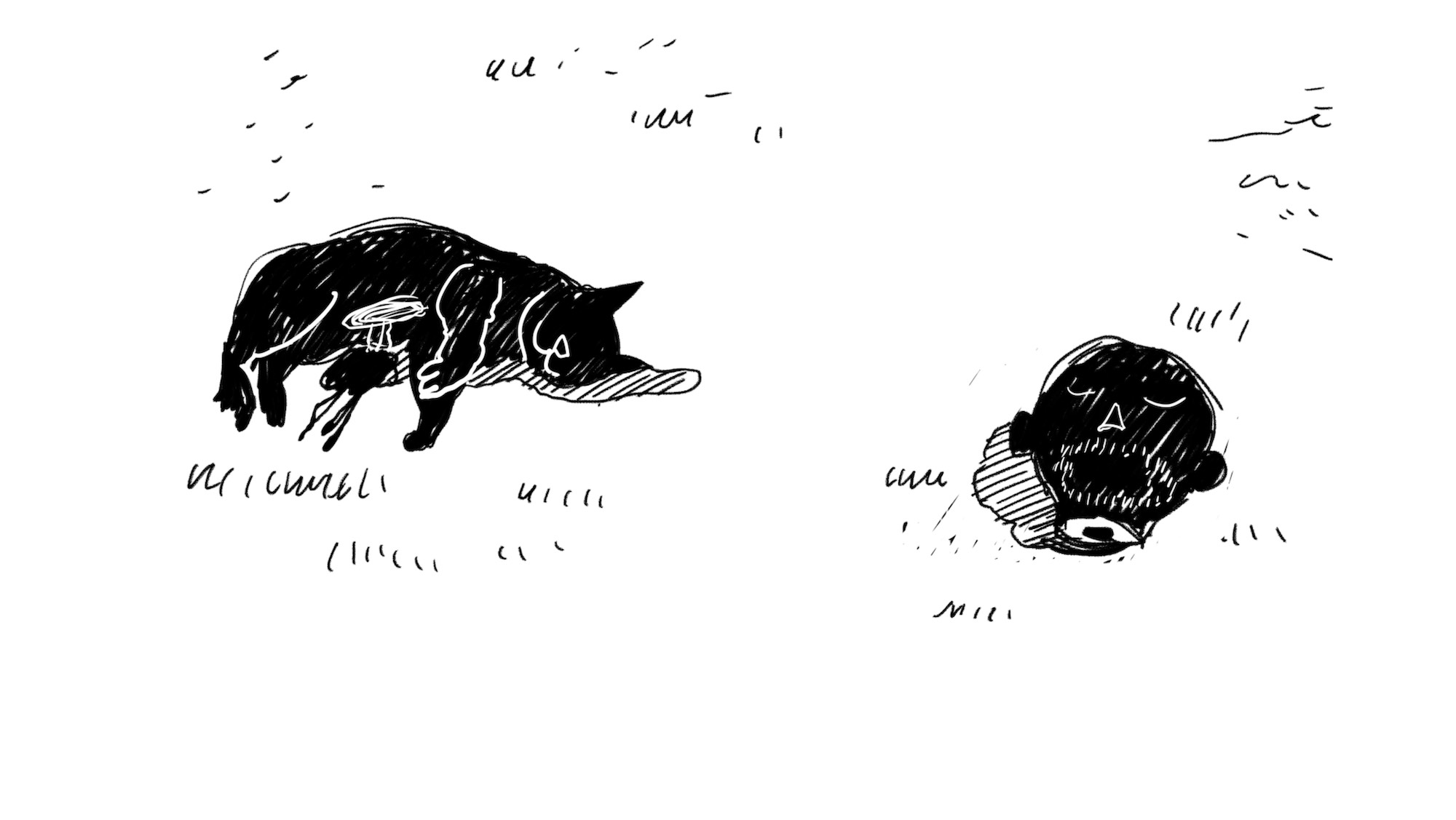 An award-winning filmmaker, a highly original storyline and a distinct style…Donato Sansone’s unforgettable short Il Gatto must be one of the easiest programming decisions we’ve made in some time. Told through stark black and white animation, this seven-minute tale of one man’s encounter with a disembodied head and a disembowelled cat takes you on a nightmarish cyclical journey that will haunt your thoughts for days.

The narrative for Sansone’s 7-minute film follows the typical scenario of what happens when you discover a bodiless head and a mutilated cat corpse outside your front door. Just as you’re about to call the police the head speaks and asks you to find their friend Jimmy, the only real difficulty here is that to find him you have to “enter into the cat”. Nothing strange at all. Just an everyday, totally expected situation…right?

Written on a sleepless night at three a.m, the idea for Il Gatto came to Sansone as he gazed around his dimly lit room, his eyes finally resting on a rubber cat mask he owns. Aiming to create a film with the feel of a dark and disturbing dream, the Italian filmmaker came up with this idea of a man journeying to another dimension through the body of a cat and then returning home through the body of a headless man. Or as Sansone explains: “I like the idea of ​​bodies as universes and the idea of ​​going elsewhere by penetrating them”. “Technically very crude and sketchy. It looks more like an animatic than a finished short.” – Sansone on his film’s aesthetic

Aesthetically, Il Gatto has a harsh, confrontational style that feels perfectly matched to its surreal, hallucinatory storyline. It doesn’t sound like matching style and story was at the front of Sansone’s thoughts, however, with the director explaining that “speed of execution” was a key element in his production. Created quickly, in the space of the month he admits his aesthetic is “very crude and sketchy” and that “it looks more like an animatic than a finished short”.

While Sansone obviously isn’t extremely proud of the aesthetic of this particular short, once again I’d argue that it feels like a solid match to the unpredictable narrative. The restless, shifting style leaves viewers on edge and the lifeless, empty holes for eyes is truly an unsettling touch. I also really enjoyed the approach to subtitles, the simple black-on-white/white-on-black reversal really making them feel a part of the film, instead of an afterthought.

The second of Sansone’s short that we featured on S/W, after 2016 Journal Animé, fans of Il Gatto will be happy to hear that the filmmaker has an incredible collection of work on his Vimeo channel (link below), ready for you to check out – including Portrait (a slideshow of grotesque characters) and Robhot (A battle between two humanoid robots). If you’re hungry for more of the filmmaker’s work, you can also find festival favourite Bavure on the Autour de Minuit YouTube Channel.