Commissioned in the wake of the Charlie Hebdo attacks, subversive animator "Milkyeyes" creates a free-form animation journal out of the pages of French daily newspaper Libération, only to confront fear and tragedy again...
READ REVIEW
Next Previous 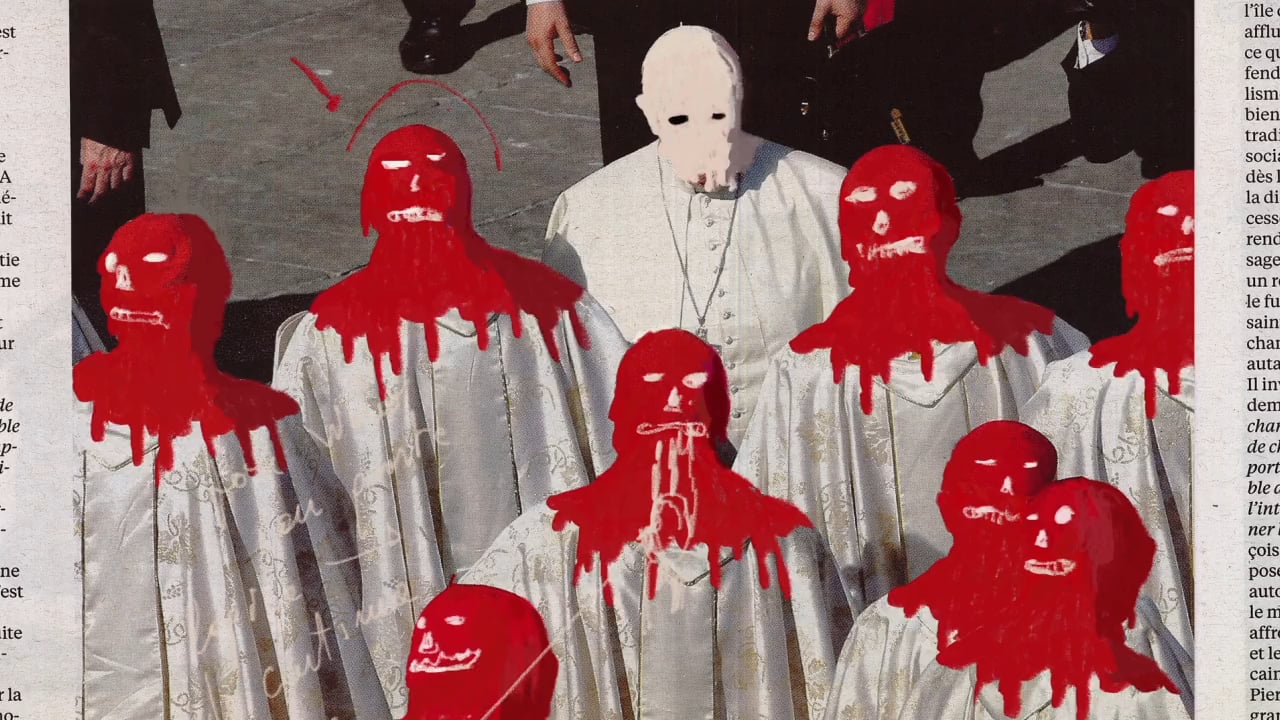 Sarcastic and infantile, Donato Sansone playfully skewers the leading newsmakers of the time in a viscerally funny and satirical diary of his own crude sense of humor. Part of the series “Dessine toujours” launched by Canal+ in the wake of the Charlie Hebdo attacks, Journal Animé, is an the equivalent of an animated yawp, a work defiant against those who would censor free expression, whether from a fundamentalist perspective, or a PC one.

Sansone is an inspired choice for Canal+. I first encountered his work 5 years ago with the exquisitely creepy Topo Glassato Al Cioccolato, and have been a fan since. Experimentally minded, the animator’s films have been lauded at festivals around the world, but his lurid fixations verge on sexist and thus have been controversial. Charlie Hebdo is a publication of controversy too though, and it doesn’t make sense to stand up for uncomfortable speech by way of vanilla, feel-good platitudes. Sansone’s id-driven output speaks to the juvenile spirit of rebellion that Charlie is so well known for, making the pairing of artist and project a good fit.

While deliberately non-narrative, there is something of an arc to the film, most notably through the timing of its creation. Produced over a 2 month period from Sept 15th, to Nov 15th 2015, the film draws to a close with the dramatic newspaper covers that mourn the Nov. 13th Paris Terror Attacks, which took the lives of 130 victims. Thus a film made in reaction to terror, is sadly closed by it too, and the attendant fear and destabilization makes the fuck-all cynicism of the piece less an arch pose, and more a fervent wish.