Augenblicke - A Blink Of An Eye

**contains scenes of sexual violence that some viewers may find disturbing** - Three perceptions of only one truth - hers, his and ours
READ REVIEW
Next Previous

Augenblicke - A Blink Of An Eye 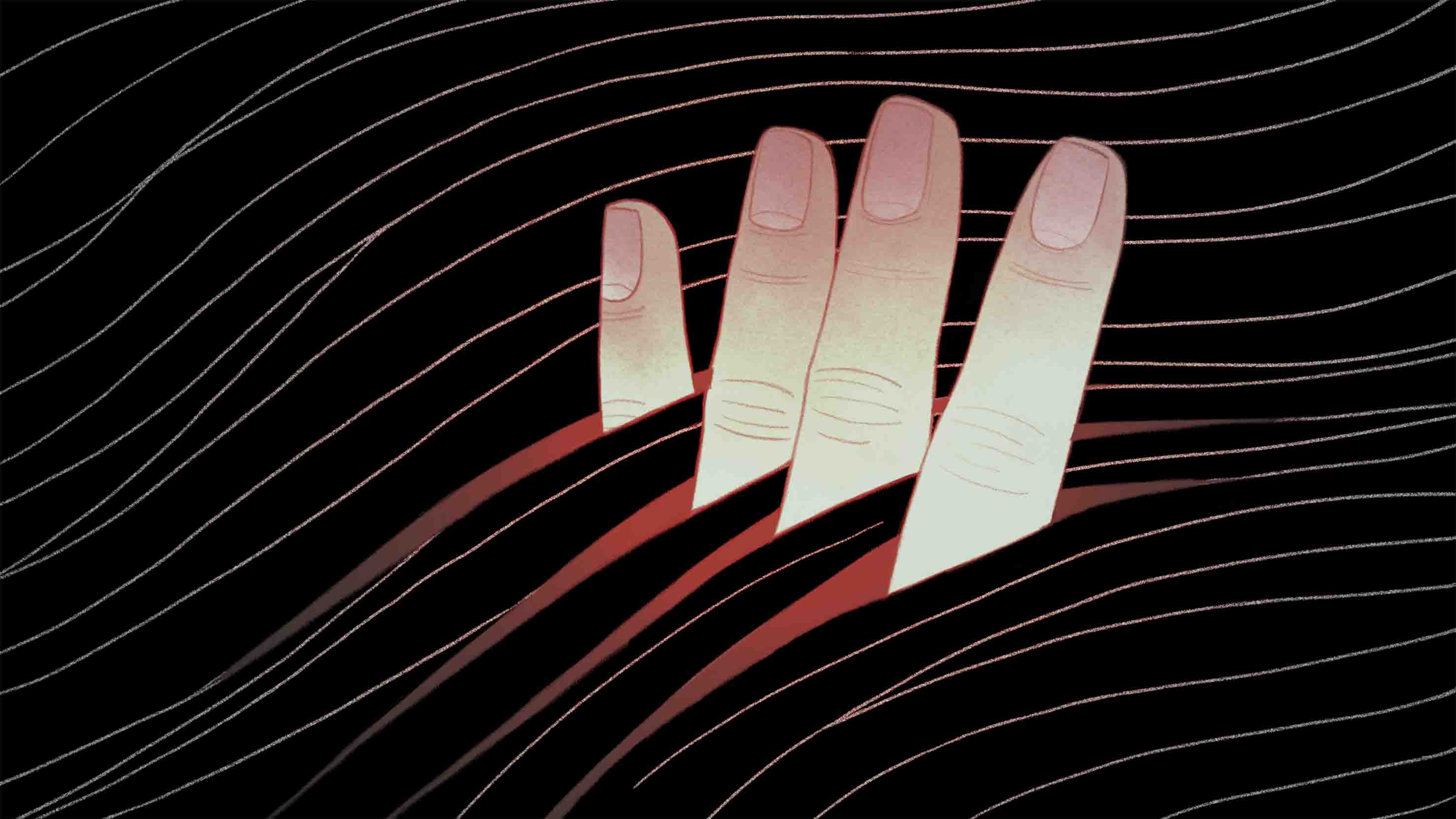 In filmmaking, there is a saturated history of work depicting scenes of rape and sexual abuse, that dates back almost as far as the birth of cinema itself. Predominantly written and directed by men, these films often reduce one of humanity’s most despicable acts to a gratuitous spectacle, numbing its devastating impact for shock value and cheap thrills. So when female directors depict rape in their films, do they actually add anything new to the subject matter or simply emulate their misogynist male counterparts? Furthermore, why can’t women just tell nice stories about kittens and knitting instead?

AUGENBLICKE (A Blink Of An Eye), directed by Kiana Naghshineh injects new blood into tired, old tropes by bringing the horrendous act of rape to arresting, knife-edged life. Based on the director’s personal experience of sexual violence, the 4-minute animated grad film, completed in her final year at Filmakademie Baden-Württemberg, fights back against decades of normalising rape (both in society and the film industry) by avoiding any eroticism or grotesque sensationalism and shifting between the points of view of the perpetrator and the survivor. Rather than making sexual violence any less harrowing, the female gaze in AUGENBLICKE delivers a haunting new perspective of the crime. One that seeps deep under the skin, where it lingers long after the credits roll. 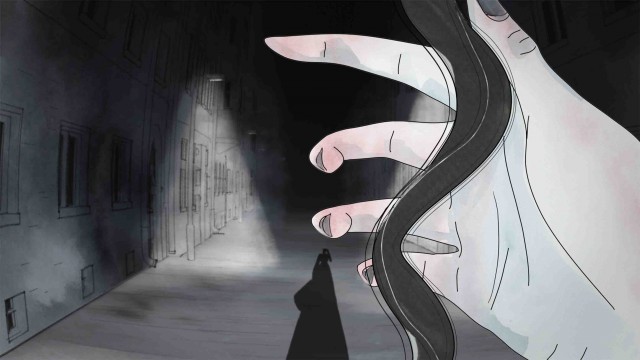 The animation opens on a woman walking alone at night. Looking through her eyes, we see her shadow and hear the sound of her hurried footsteps echoing in the quiet street. Her breathing becomes louder and shallower as another, bigger shadow joins hers and in just a blink of an eye, everything changes forever. What follows are fragments of a dreadful nightmare, held together with morphing transitions and a sinister love song, and as time and reality stretch and distort, so does our grip on the visual narrative. What AUGENBLICKE leaves you with is an unapologetically brutal sensation that’s impossible to shake off – that of being taken advantage of.

“It could have been any other woman. It’s not her fault”

When we asked Naghshineh what inspired her to make the short she replied – “A personal experience and rage about injustice and victim-blaming. I wanted to show that in the case of sexual abuse, it is the abuser who has to be held accountable. Not the victim” – the director shared with S/W – “To me it was important to show that he saw her and just decided to commit a crime. It could have been any other woman. It’s not her fault.” 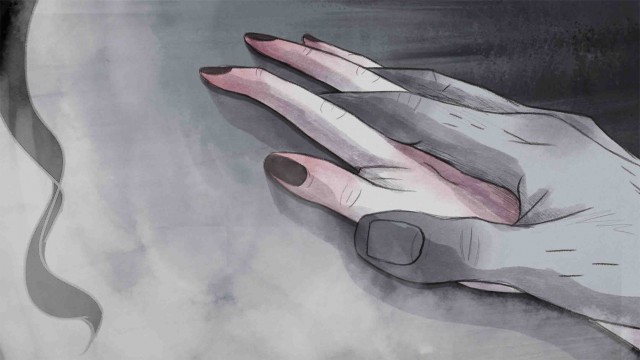 AUGENBLICKE puts us inside the woman’s body & mind, as we go through this horrific experience with her.

The fact that rape is often depicted in films is understandable – after all, sexual violence affects all women, as even those who are not survivors live with the knowledge that could change at any time. We grow up with a constant threat looming over us that informs the way we dress, how we speak and where and when we walk. In cinema, the issue lies in the fact that rape is usually presented as an experience that belongs to the attacker, not the survivor. As an audience, our attention is directed towards what he sees and hears (naked flesh, stifled screams) and the sexual pleasure he derives from the act.

AUGENBLICKE, flips this by putting us inside the woman’s body and mind instead, forcing us to feel the attacker’s skin under her fingernails, the blinding pain of every blow she receives and her futile struggles to escape his suffocating grip. The music (composed by Marius Kirsten) and sound design (Laura Beuthner, Volker Armbruster) are loaded with dread, fear and yet more pain, transforming the nightmare into a terrifying reality. You don’t watch AUGENBLICKE. You experience it with every cell in your body, whether you want to or not.

Naghshineh is a filmmaker with a voice that deserves to be heard and amplified so that the continuous misrepresentation of a huge aspect of female existence can stop, and the focus can shift from those who cause pain to those that are forced to live with it.