A lonely man on a farm collects the corpses of dead animals, find out his shocking intentions in this fantasy short inspired by the tales of real-life physician John Harries (1785 - 1839), a 'Cunning Man' notorious for using folklore magic.
READ REVIEW
Next Previous

Described by writer Ali Cook as an “enchanted fable”, Zoë Dobson’s 13-minute short The Cunning Man blends folk-horror elements with historic inspiration to create an atmospheric film brimming with thought-provoking themes. Inspired by stories of John Harries (1785-1839), a physician and real-life ‘Cunning Man’ whose family were famous throughout Wales, this is a magical tale grounded in reality by touching on topics such as greed and animal rights.

Introducing us to its protagonist, titular ‘Cunning Man’ Afran Harries (Simon Armstrong), as he carries a dead dog along a rural track, you’re soon immersed in his world and wondering what he’s up to, as he also stops to collect a dead chicken on his way home. As we’re then taken on a tour of his farmstead home, alongside The Inspector (Ian Kelly), the intrigue builds as we discover the menagerie of animal corpses currently rotting on his premises. Teaming up with the local knackerman (played by Cook), The Inspector forms an alliance and the pair discuss their devious plan to “make a killing”, while we get an insight into what Harries has in store for his collection of carcasses. 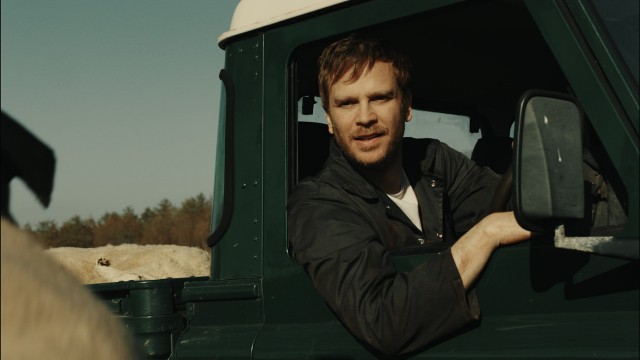 Writer Ali Cook also stars in the short, as one of the film’s “villains” – ‘The Knackerman’.

“Growing up on a farm, the death of innocent animals is something with which you become familiar”, Dobson explains as we begin to discuss the motivation behind making The Cunning Man. Admitting she found the experience “brutal and often hard to reconcile”, the director also reveals that she hopes the short will provoke its audience to ponder the question of whether “animals should be treated as a commodity?”, adding that the subjects tackled in the short “run deep in my own view”.

Blending fantasy filmmaking with an IRL message is a clever way to get the short’s point across, but ultimately it’s the genre element here which makes The Cunning Man so entertaining. Though listed on our site as a ‘fantasy’, there are definite horror roots entangled in the storyline, with its rural settings and use of incantations lending it the air of a modern folk horror. Discussing the interesting genre mix in the film with Cook, he reveals that the film’s appeal “to both genre festivals and art house drama festivals”, was something he was particularly proud of.

Despite its fable-like qualities, there’s also plenty here to ensure The Cunning Man feels grounded in reality and taking place in a world we’re familiar with, something Cook, Dobson and their team obviously gave great thought in their production. With the story focused on folklore, they chose to use in-camera techniques to help create what the writer/actor describes as their own “magic within this film” – something he’d know a lot about, having been a professional magician for twenty years.

That particular approach to their production was certainly successful in enhancing the mystical feel of the short. The final scene where the short’s titular ‘Cunning Man’ performs his own special blend of healing is truly a magical spectacle. Those of you who understand some of the trickery possible in cinema may have a good idea of how they achieved it without post, for me, I’m just going to assume it’s real-life wizardry.