A short story about living with and as a headless person.
READ REVIEW
Next Previous 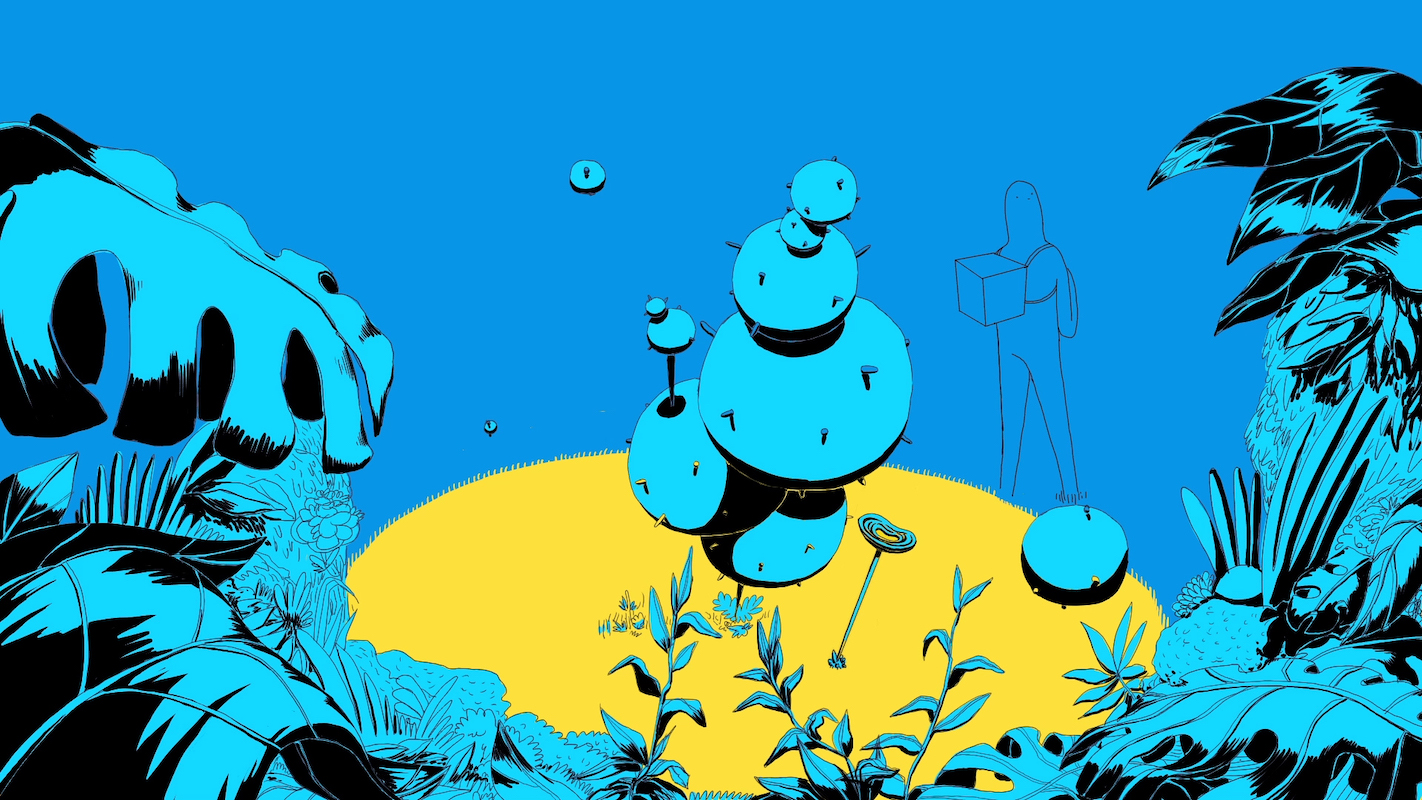 There’ll be a time in our life, where most of us will have to care for those we love, nurse them through a challenging time where they are struggling either mentally, or physically. Ala Nunu’s sensual animated short Ahead, pictures one such relationship, where one partner is portrayed as headless and in need of support from the other. Created with the hope that her film will “help some people feel seen”, Ahead is a soft, touching watch, brimming with unrecognisable worlds and universal emotions.

“Can you fix something that doesn’t want to be fixed?”

Introducing us to her committed couple, as they brush their teeth in front of the bathroom mirror (an impossible task for someone with no head!), Ahead follows the couple through a series of everyday scenarios until the “headed” of the pair leaves the comfort of their home on a mission to help their partner. Now alone, we start to understand the support the headless one needs, as the safe, gentle environment they live in is invaded by irregular and unwelcome guests, disrupting the balance of their coexistence. 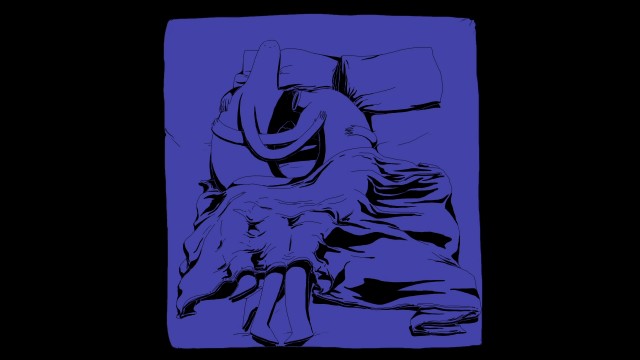 The intimacy between the couple in Ahead is evident throughout the short.

Ahead is centred around the question of whether you can actually help someone if they’re not ready for that help. “Can you fix something that doesn’t want to be fixed?”, Nunu asks as we discuss the narrative of her short and it’s a relatable question, something many of us will have probably pondered in our own relationships.

“Is that helping the other person or rather yourself?”, the filmmaker adds, hoping to inspire some debate around her thought-provoking film. Though Ahead feels like a film that can have multiple interpretations, very much dependant on your own experiences, Nunu wanted to address “the inability of taking action”, ensuring her short presented both sides of the story – “the perspective of the person experiencing it, as well as the person who is sharing a life with someone feeling the constant fear.” 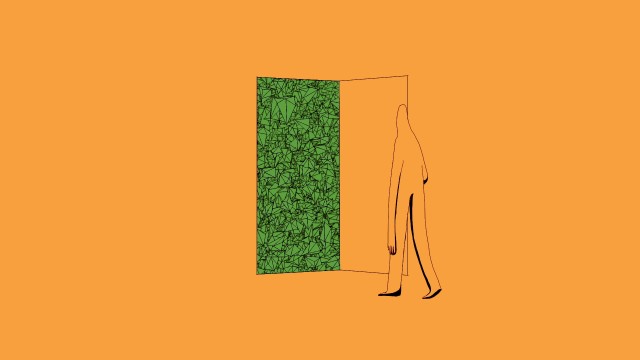 The balance of the couple’s relationship is shifted when the “headed” one leaves their home.

For me, the real power (and appeal) in Ahead is in how it encourages you to reflect on your own relationships. You might not be exactly like the couple in the film, but maybe there are elements of their characteristics or their relationship that strike a chord. Personally, I pictured myself more as the headless one, not broken as such, but in need of support and Ahead helped me realise there’s no real shame in recognising that – it’s actually quite a liberating thing to admit.

Ahead started life as what Nunu describes as a series of “unconnected scenes that intuitively felt part of the story”. Those ideas were then edited down to create a dialogue-free narrative set in a surreal yet intimate world. Here at S/W we think it’s a beautiful, contemplative short and we eagerly await what its creator does next.

Ala Nunu is part of the COLA production cooperative and is now working on various projects, including what she defines as a “first professional film”