Moji, a young filmmaker in Kansas City, shoots low budget music videos for a living. He has talent and wants to take his career to the next level, but the leap forward is difficult… and at times dangerous.
READ REVIEW
Next Previous 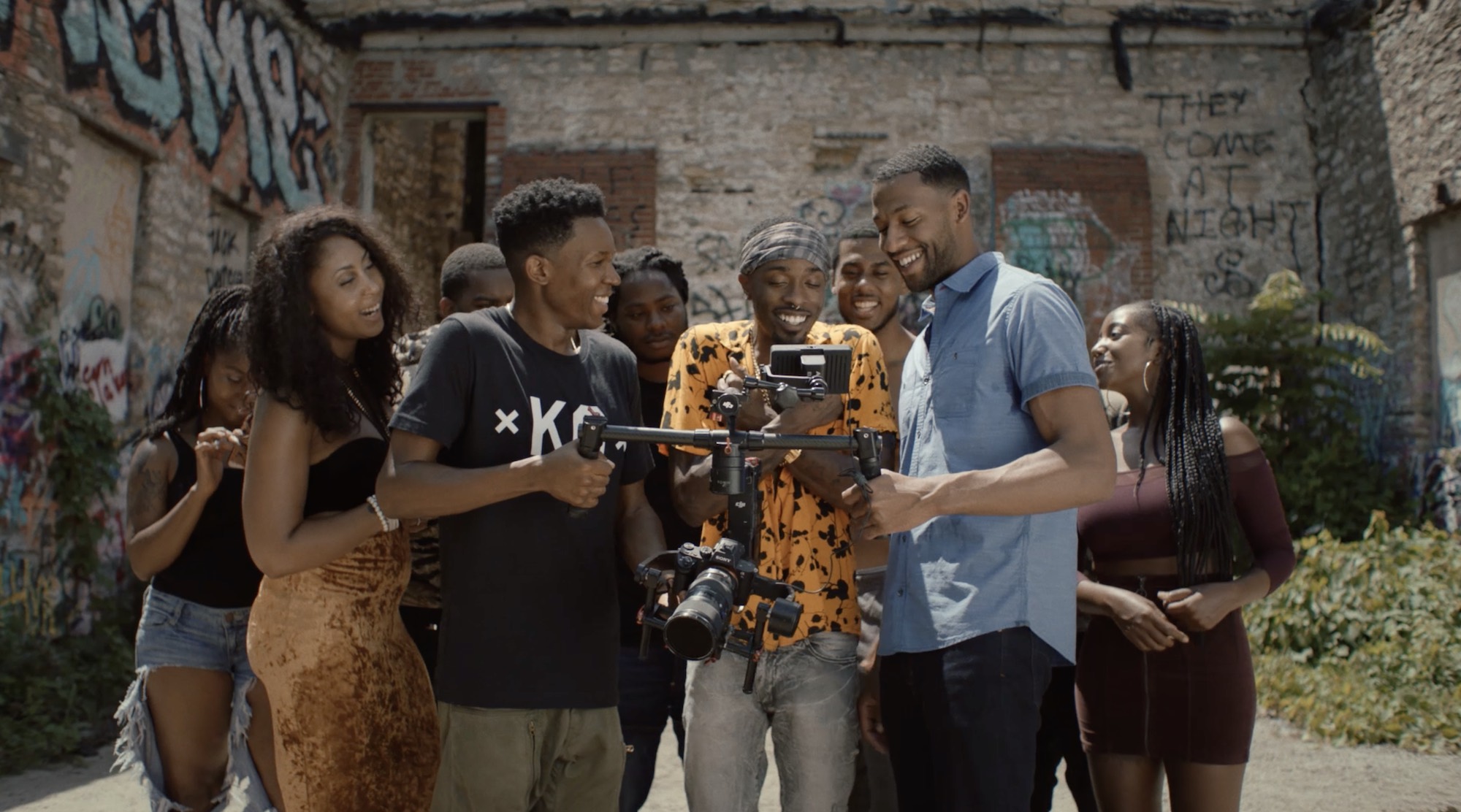 At 42-minutes in length, Morgan Cooper’s U SHOOT VIDEOS? is the longest film we’ve featured on S/W and arguably doesn’t even belong on a platform dedicated to short film (we’ll come to that later…). Discussing the film with the editorial team, I was reminded of the expectations we have for films of this length – “at 40-minutes I think it needs to be a full-fledged Best of the Year candidate”, one of my colleagues declared. With that benchmark in mind, we accepted the film – which will go some way to highlighting just how highly we think of Cooper’s short.

Based on a true story, the film follows struggling filmmaker Moji as he tries to balances his aspirations of making it in the industry, with the day-to-day battles he faces shooting low-budget music videos. While the film spends a lot of its time on a shoot at a (“god damn!”) castle, we also follow the young artist as he attends an interview at an advertising agency and shoots the sh*t over a game of Uno.

As insightful as it is entertaining, U SHOOT VIDEOS? paints a complex portrait of the hustle you have to put in to make it in the industry, something the director understands all too well himself. “All of the characters and scenes are based on real people and real situations I experienced at the beginning of my career shooting low budget music videos”, Cooper explains. “I hoped to create a film that inspires artists of all genres to keep going, keep pushing, take chances, continue growing and learning, and never stop believing in yourself.”

Blending comedy and drama, U SHOOT VIDEOS? is consistently funny (it’s more smart, head-nod comedy rather than laugh-out-loud comedy) with a string of jokes centred around filmmaking, and in particular, working with artists on music videos (at times it feels like Moji’s shoot might stray into Young Thug territory). The humour in the short gives it a light, accessible feel, but it’s the drama of the piece that really lands an impact and gives the short its longevity. From the lack of diversity at the agency where Moji finds himself for an interview, to the dangerous situation he puts himself in just so he can pay his bills, Cooper has points to make here and he lands all of them with deft filmmaking blows – little jabs before the delivering the knockout right at the end. 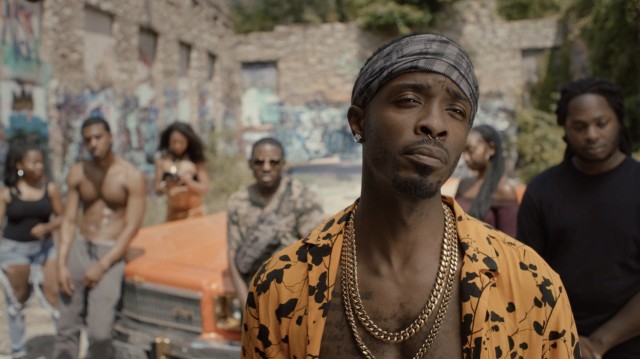 Playback issues, unscheduled breaks for takeout, concealing identities – a few of the issues Moji has to battle on his shoot.

Which nicely brings us to the length of U SHOOT VIDEOS? – a contentious element in its selection for a feature on S/W. If you check our Submit page, one of our selection criteria states that ‘films need to be 40 minutes or less’ to be selected – a run-time the Academy agrees with, but not Sundance (50-mins) or Cannes (15-mins). So why are we featuring it? Well, you could argue the film is bookended with an interview with the real Moji at the 36-minute mark, so does the short film end there? Cooper certainly wouldn’t agree – stating in the film itself that he “couldn’t think of any other way to end it” than to sit down and interview the real filmmaker. You could also argue that the credits kick-in at 39:46, so that makes it under 40-mins right? Nope, credits are usually included in the total run-time.

Ultimately, we’re featuring U SHOOT VIDEOS? because it’s too (“god damn!”) good to ignore. Often when we’re featuring films on our platform, we’re thinking about the filmmaker, as much as the film, but in Cooper’s case, it’s both the short and the filmmaking that shine here. We’re late to his feature his work on S/W (if you like USV? you should also check out earlier short Room Tone – a film that feels like it laid some of the groundwork for this short), but its not like the director’s career is really in need of our help. People went so crazy for his Fresh Prince fan film Bel-Air, it led him to meet Will Smith and then see Peacock order two-seasons of his reimagining of the ’90s sitcom. It’s an exciting time for Cooper, we can’t wait to see what he does with Bel-Air and the rest of his filmmaking career.