**CURRENTLY OFFLINE ** - Hungover at Sunday lunch with his family, Jean faces questions about his life and homosexuality in this César Award-winning animation.
READ REVIEW
Next Previous 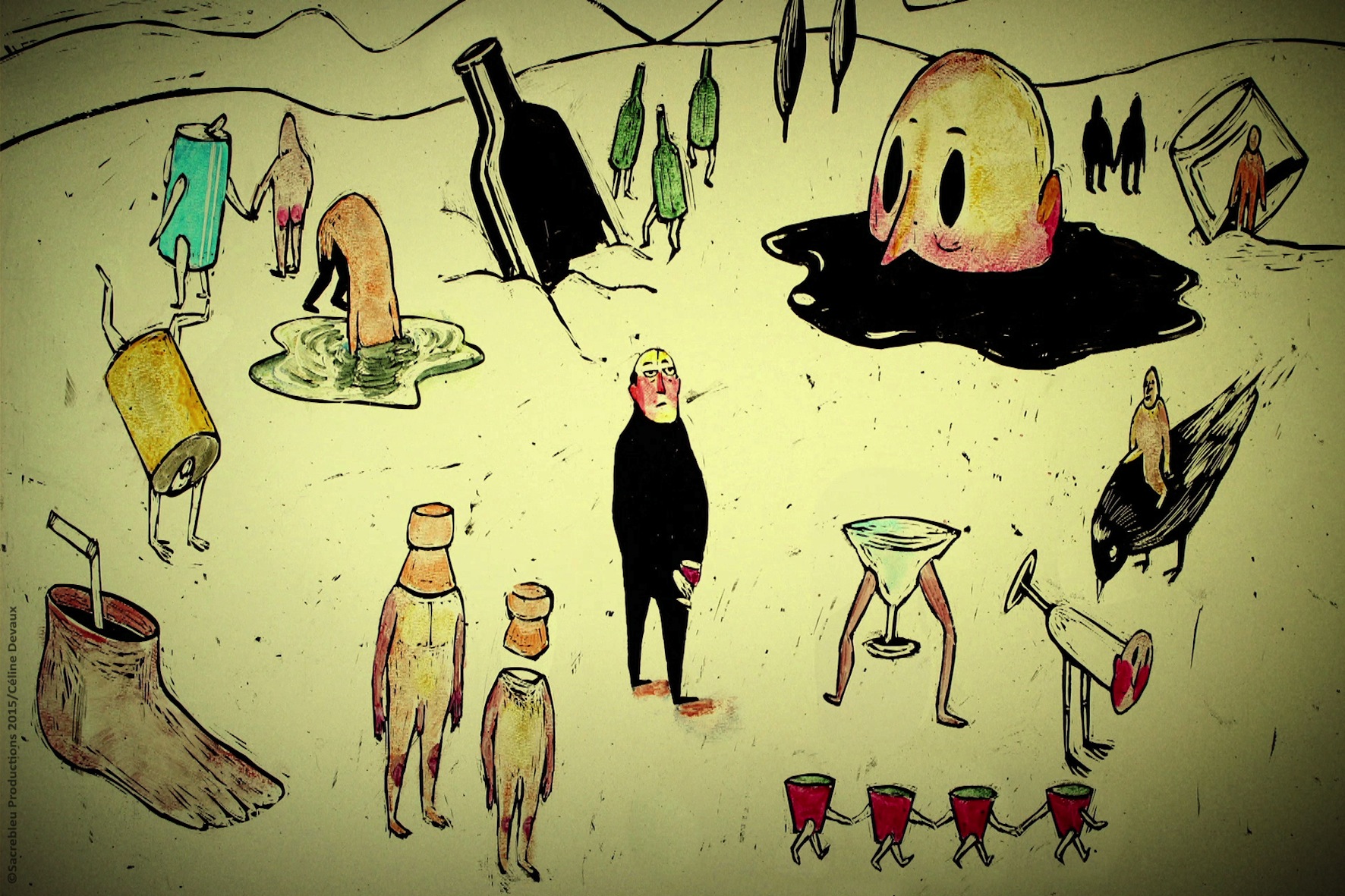 When you wake up on Sunday morning, hungover from the night before, a late brunch with friends sounds like a great plan, while the regular Sunday lunch with family (le repas dominical in French), triggers quite the opposite reaction. In Sunday Lunch, writer/director Céline Devaux immerses her audience in one such meal, as through the bleary, hungover eyes of Jean, we’re forced to face the same probing questions and awkward conversations. Cleverly using animation to depict both the atmosphere of the meal and Jean’s inner monologue, Sunday Lunch is a fun, entertaining yet affecting film, which picked up a number of prestigious awards during the 2015/16 season. If you’ve been missing family gatherings recently, let’s see how you feel after this gem!

Sunday Lunch is the kind of film that once watched, is not soon forgotten. The last time I watched it was probably back in 2016, when it won the César, yet I still remember it fondly and each time I say its title, I want to scream “LE REPAS DOMINICAL!!”. I never do, because of my social restraint (but now you all know what’s going on in my head), but the way in which the narrator Vincent Macaigne (a famous actor in France) screams the title perfectly captures the film, the humor and the angst of the tone. 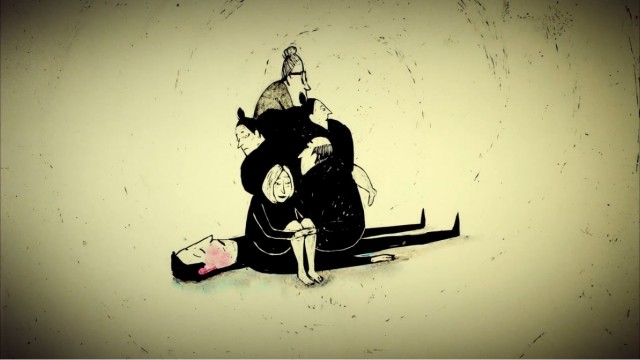 Just another Sunday lunch – Jean with his family.

Usually, I am not one for voice-over and narration, but here his omniscience definitely adds to the narrative, including the audience in the story by making it feel like Jean is sharing it with us over a few drinks. Sunday Lunch is also a welcome reminder that voice-over work requires acting chops, as it’s instrumental in the success of Devaux’s short. The rhythm of the film, audience engagement, the fleshing out of Jean’s character, there’s a lot riding on it and Macaigne certainly delivers.

His perfectly timed inflexions, pauses and the way his voice oscillates bring an authenticity to the situation and add nuance and layers to his character. He shares the experience of his character in a quite immersive way, both narratively and emotionally, which allows us to not only feel for the character but also reflect on our own experiences at those family meals…with a healthy dose of sarcasm and dark humor of course.

Whilst Macaigne’s distinct voice is the driving force in Sunday Lunch, he was given great material in Devaux’s smart and witty screenplay. The situation at the heart of her film is extremely ordinary, and she makes sure to include the moments we all expect at those meals, making the scenario familiar and relatable. 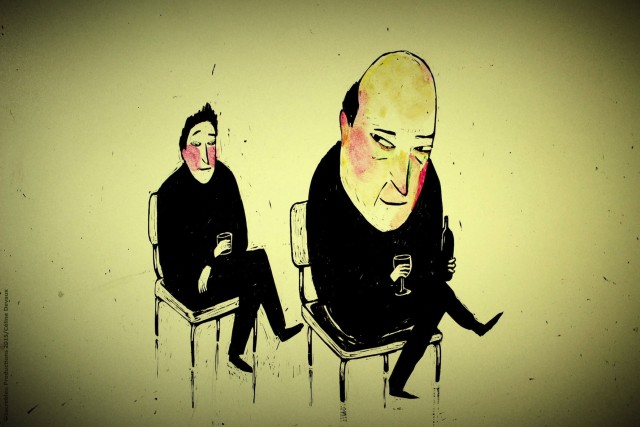 Jean, with his father, at the titular Sunday lunch.

The distant father, the quiet grandma, the oversharing mother, the aunts who ask inappropriate questions – the characters hit close to home and though living through them could be rather unpleasant, it’s enjoyable to witness these awkward moments, heightened by Devaux’s wit. While that dark humor is present throughout the film, the first part is more about the general vibe of the family gathering, while the second half dives into a more psychological approach, studying the other characters around the table. This switch works to reinforce the audience’s appreciation of the narrative, experiencing it as if we were guests, but also subtly allowing us to feel how draining the situation is for Jean, hungover or not.

Visually, Devaux’s imagery works to not only compliment her narrative, and its dark sense of humor, but elevates it by perfectly capturing the emotional toll of the lunch on Jean. For me, those are the best-animated shorts, when the medium allows the story to be explored differently than it would have with live-action. Through the aesthetic, we instantly understand how Jean is feeling and as the lunch progresses, we begin to get a visual description of how he perceives his interactions with his family. Fun and sad in equal measure, they help portray the ambivalence of the situation as a whole. His fellow diners can be annoying and not the most respectful towards personal boundaries, but they are family.

Sunday Lunch premiered in the official competition of the 2015 edition of Cannes, before being selected at Clermont Ferrand and Palm Springs ShortFest and (as previously mentioned) winning the best short animation César in 2016. Devaux has since directed another short Gros Chagrin that premiered and won at the 2017 edition of Venice, is credited as an animator on the 2020 festival hit Genius Loci (currently in the running for an Oscar) and is now working on her debut feature Tout le monde aime Jeanne.