Former Guantánamo detainee, Mohamedou Ould Salahi, and his guard, Steve Wood, reunite in Mauritania 13 years after last seeing each other, rekindling an unlikely relationship that profoundly changed their lives.
READ REVIEW
Next Previous 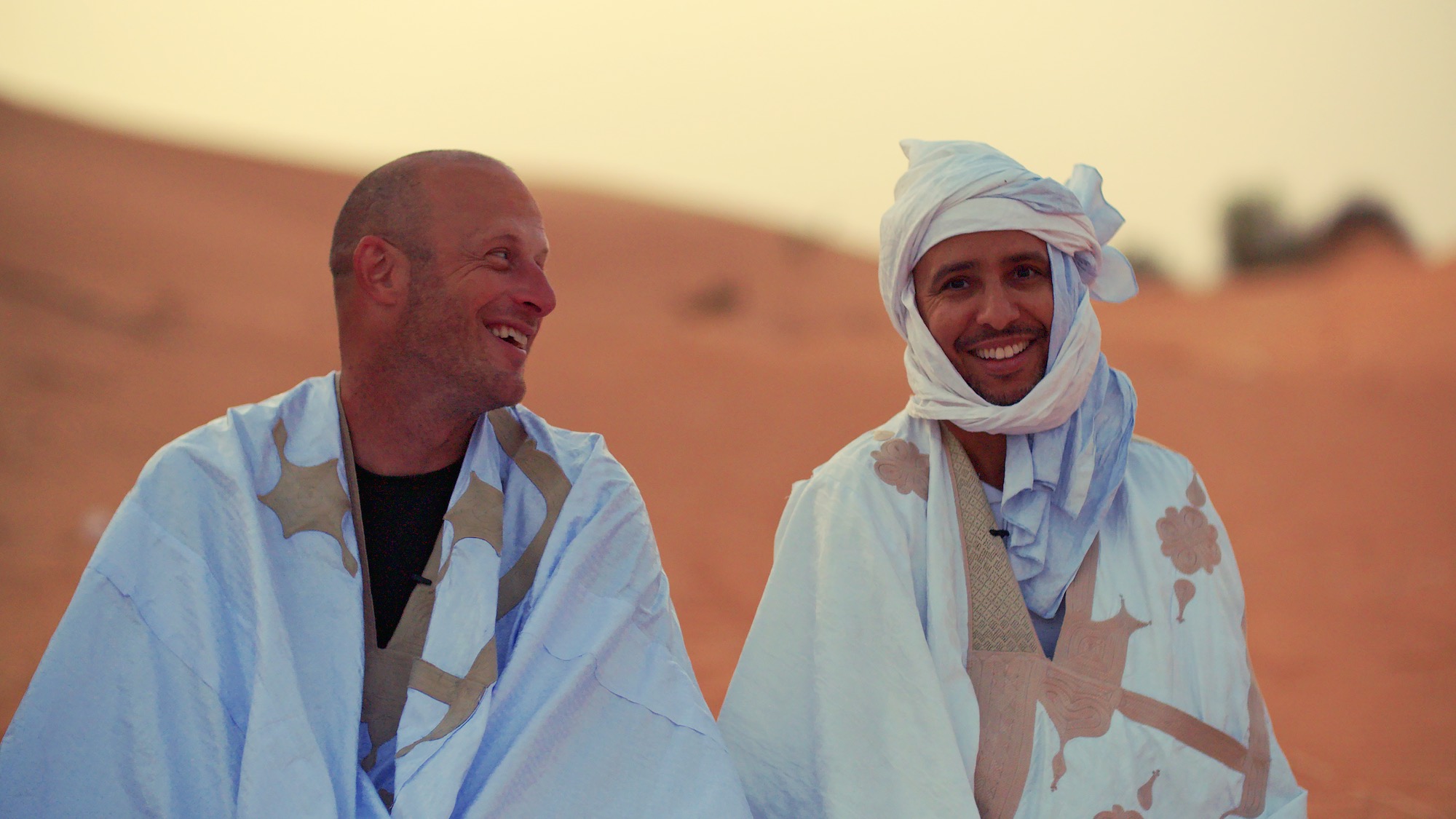 The orange jumpsuits, the shaved heads, the waterboarding – the images conjured by the mere mention of the words “Guantánamo Bay detention centre” are the stuff of nightmares – scenarios that wouldn’t feel out of a place in a Horror movie. Entering Laurence Topham’s documentary short My Brother’s Keeper knowing little more than it was the story of an ex-Guantánamo detainee, I braced myself for a harrowing viewing experience. Little did I know I was about to watch one of the most uplifting films I’ve seen in some time – if you need your faith in humanity restoring…look no further.

Imprisoned in Guantánamo Bay for 14-years (2002 – 2016), but never charged with a crime by US authorities, Topham’s 21-min short tells the story of Mohamedou Ould Salahi and his unexpected friendship with his guard, Steve Wood. Despite the unusual circumstances in which this pair found their lives become entwined, they built a relationship of respect through card games and a shared love of The Big Lebowski and have remained friends ever since. 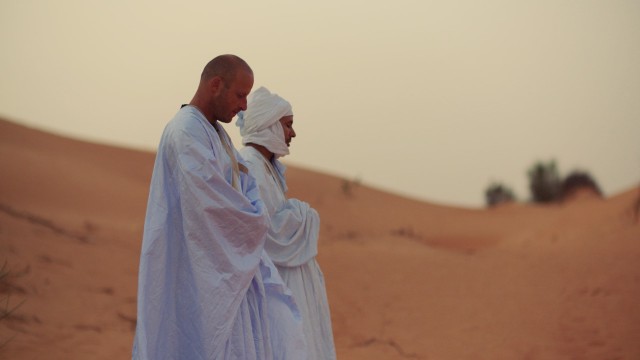 Topham first became aware of Mohamedou’s story after reading his bestselling memoir Guantánamo Diary – which was surprisingly written and published while he was still a prisoner. After getting to know his US attorney, Nancy Hollander, they then invited the filmmaker to Mauritania to document his first days of freedom and the film grew from there. With the director revealing that he was drawn to the detainee’s account (his “modern day odyssey” as he refers to it) as he found it “profoundly moving and humanising, with fascinating nuanced observation, character, and wit”.

Concerned that “in the post-9/11 era, we have all become familiar with, even desensitised to, the shocking stories and images that have emerged from Guantánamo”, Topham set out to create a film which presented an inmate as a three-dimensional person – one with universal human rights. Attracted to Mohamedou’s story because of the “compassionate, warm and intellectually rich” person radiating from the book, My Brother’s Keeper does an excellent job of letting his character shine on screen. Wood mentions his infectious smile when we first hear him speak in the film and it’s evident, shining strongly, throughout the short.

“From my very first meeting with Mohamedou in Nouakchott, just a few days after he was released, it was clear in my mind that I had to somehow capture and celebrate these qualities that he possessed”, Topham explains as we discuss his major aims in creating his film. “Despite everything he had been through, he was not consumed by anger or vengeance. In fact, quite incredibly, he had decided to forgive his US tormentors. He told me that anger would have only held him prisoner for longer, so it was of no use to him.”

It’s this personable angle, the warmth and optimism of its subject, that really makes My Brother’s Keeper such an uplifting piece. It’s the kind of film that you instantly want to share because it gives you hope and provides a welcome reminder of the incredible strength of the human spirit. Brimming with positivity, Topham could have instead focused on the pain and trauma of Mohamedou’s journey and the film could have easily still landed quite the impact, but would that not have only added to the desensitising effect he was keen to avoid? By showing the endearing human face of one of Guantánamo’s survivor’s, does that not make those horrors committed there more real, more disturbing and more painful? 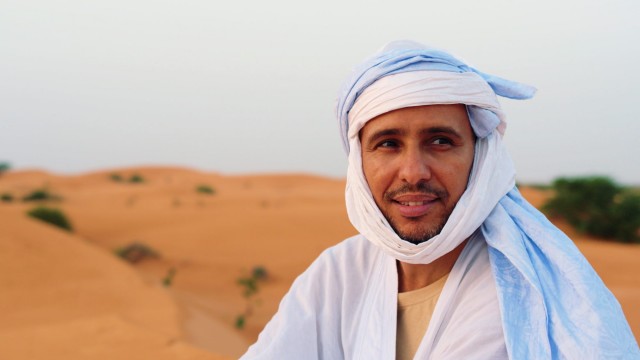 “What you lose in sleep, you gain in intimacy” – Topham on the intense experience he had shooting most of the film himself.

With Topham’s connection to Mohamedou’s story beginning in 2014, when he was commissioned by then Guardian editor, Mustafa Khalili, to make an animated short film about his book, the filming for My Brother’s Keeper took place over three years, from 2016 to 2019. With everything in the film either shot by Topham, or his colleague Tom Silverstone, though the director describes the experience as “a pretty intense shoot”, he’s keen to point out “what you lose in sleep, you gain in intimacy” – a crucial element in this film.

With the edit beginning in Spring 2019, My Brother’s Keeper went through many cuts – including a much longer one that featured more of Mohamedou’s backstory – before becoming the captivating, charming short we see today. Production-wise, there’s nothing revolutionary here, but the dedication to his story and subject and his decision to present the kind, human side of this story means we’re truly excited to share Topham’s short with you. We hope it provides the same lift to your day, as it did for us.