After a stressful workday, Deborah settles in for some intimate “me time" at home, until three other aspects of her psyche appear, dredge up deep-seated inhibitions, and threaten to derail her plan.
READ REVIEW
Next Previous 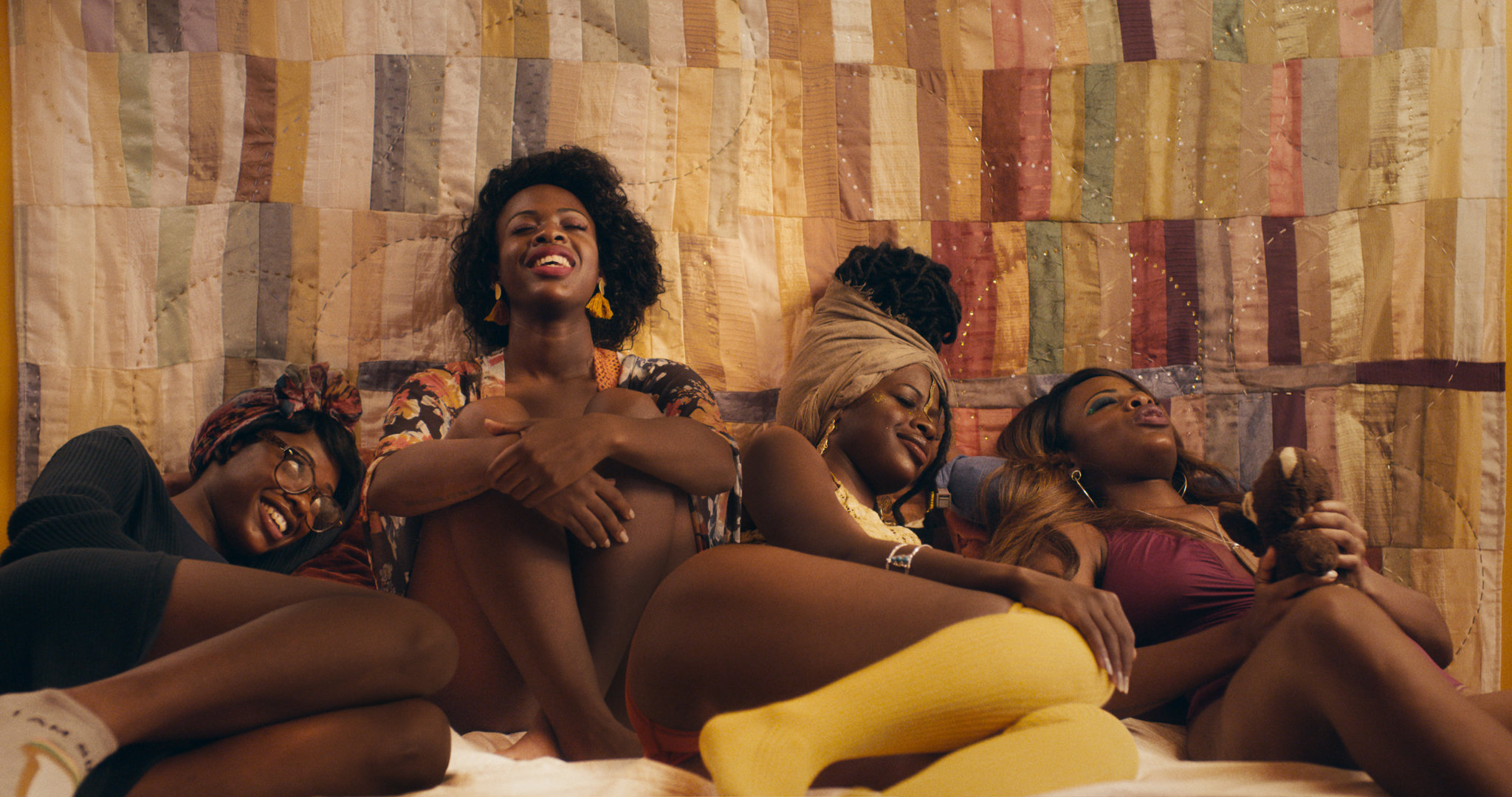 In the film, Adenike Thomas gives her best Eddie Murphy impression by performing as four aspects of Deborah, a young professional settling in at home after a grueling day. Autoeroticism is on the docket, only to be short-circuited by the personifications of her inner monologue, as archetypes of her personality emerge to engage in heated debate around the scheduled action. Deborah “prime” is pulled in varying directions by cozy Deb, drinking tea in her glasses and sweater, sexy Deb, glammed up and demanding a trip to the club, and goddess Deb, replete in headdress and face-paint, whose advocacy for masturbation is unnecessarily imbued with all the devotion of a religious act. If “me time” has any chance of happening, these Debs need to get on the same page.

While our curatorial team rolled its eyes initially at Me Time’s multiple personality premise, the execution of the conceit is top-notch. Thomas inhabits the role(s) so fully, and the production, which blends the traditional film trickery of body doubles, locked camera angles, and block shooting, also incorporates VFX compositing, to create a seamless illusion. In deliberating the film, a member of our team was astonished to learn that all 4 characters were, in fact, performed by the same actress! Additionally, attractive production design mitigates the simplicity of the single-room setting and inventive direction by Boyd wrings a surprising amount of visual dynamism from the limited setup. 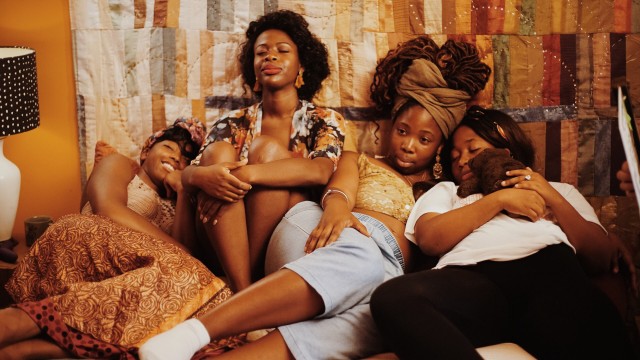 For those of us that are “very online”, sex positivity feels inescapably part of the ether, yet every (problematic) “YAS QUEEN” social media comment obscures how little this attitude has migrated to the mainstream. Boyd irrefutably contends that “…we rarely get to see how women engage with their own sexuality on screen, and when we do, it’s usually about our relationship to a man, or it comes from the male gaze, or it focuses on a woman’s sexual viability or prowess.” As usual, shorts provide a key development space for these ideas in storytelling, as there is a trend towards feminine sexual frankness. In recent years, Pussy, and Le Clitoris are two animated shorts that were smash-hits at both festivals and online, proving a latent appetite for works that both engage, stigma-free, in female pleasure.

Yet Boyd’s motivation for the story is more personal than simple sex-positivity. Forgive the extended quote, but her words are poignant, and I don’t want to misrepresent her. Writing to Short of the Week, she explains that, “After years of lackluster sex and ignoring the disconnect I felt with my body, I faced an inner truth head-on: the sexual trauma I had experienced in my twenties had done a number on me and I needed to do something about it. Therapy helped, but what I really needed to do was reclaim my own body and find a way to break through the fears and inhibitions I had around my own pleasure. I picked up a book about self-love and the emotional complexity of orgasming after trauma, and got to work.”

Me Time radiates this sort of authenticity, engaging in both Boyd’s personal biography, but also the ongoing cultural conversation around female sexuality in a guileless manner we find both enjoyable and refreshing. A longstanding champion of creative voices in the indie-world via her producing (2016’s For Akheem) as well as roles at institutions like Chicken & Egg, Tribeca Film Institute, and The Gotham Film & Media Institute (formerly IFP), Boyd is increasingly exploring her own muse through writing and directing. Me Time toured the festival circuit in 2019, showcasing at prominent spots like Blackstar and Rooftop. She has also taken part in Sundance labs with her feature script, Kayla and Eddie en Français, a story about a Black father and daughter reconnecting in Paris, which is currently in pre-production. Advocacy for other creative voices is still central for Boyd though, as she continues to lead Brown Girls Doc Mafia, a community for women & non-binary filmmakers of color in the documentary industry.