A young woman plans a romantic evening of self pleasure, but not everything goes according to plan.
READ REVIEW
Next Previous 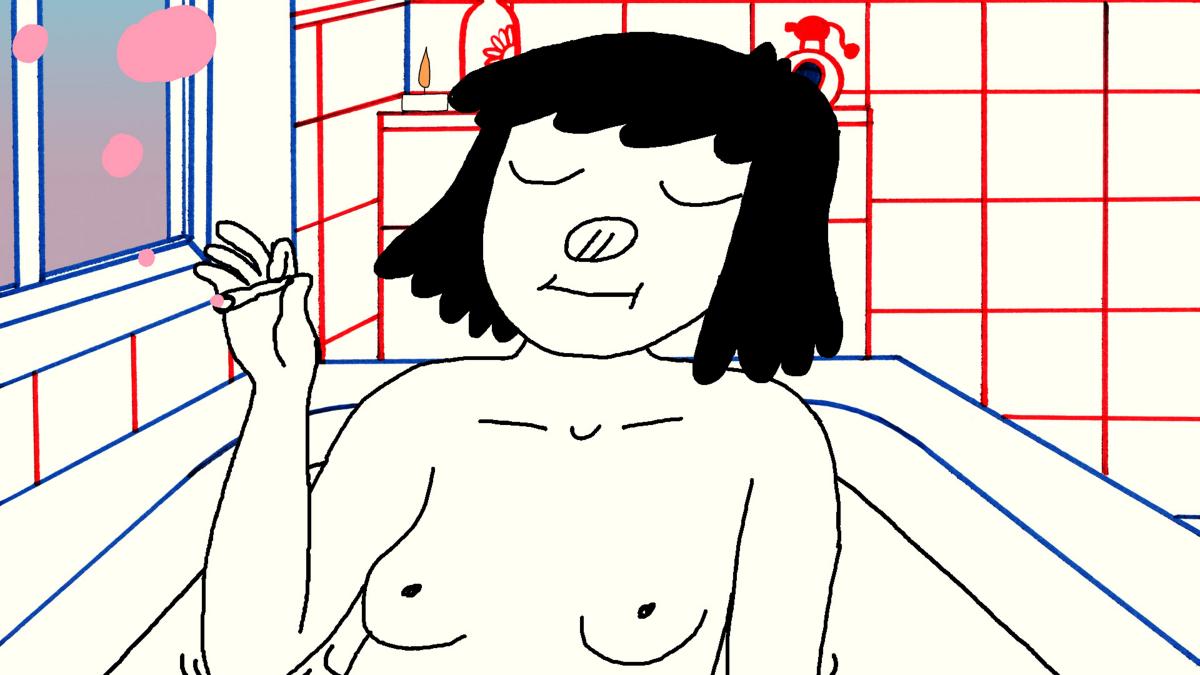 There are few things in life, more frustrating than not reaching an orgasm when you’ve been getting down and dirty. Using a distinct style of sketchbook simplicity married with restrained elegance, Polish National Film School student Renata Gąsiorowska teaches us a thing or two about masturbation in her sex-positive short film Cipka (Polish for Pussy). A huge hit at Sundance 2017, this eight minute animation is an exciting treat, oozing with fun and naughtiness, and might just be the sweetest film about a temperamental, disembodied vagina you’ll ever see. So sit back, relax and enjoy, because there is plenty to love about Pussy.

Centred around a young woman’s romantic evening of self-pleasure, Pussy takes an unexpected turn, when our distracted protagonist becomes frustrated by her rushed clumsiness and her vagina decides to take matters into its own hands. Co-animators Gąsiorowska and Agnieszka Borowa use 2D hand-drawn animation, with a few prime colours and minimalist backgrounds to create a vibrant visual style which is both cartoonish and sophisticated, and the effect is delightfully endearing.

Masturbation plays a huge part in our sexual confidence, which in turn affects our sexual pleasure. I mean, how do you expect to enjoy sex with someone else if you can’t enjoy it on your own? Although my family wasn’t religious, sex was never openly discussed, so when I was little I decided that pleasuring yourself was a dreadful thing to do. I specifically remember one incident when I was lying breathless on the bathroom floor (the flat was small and crowded, so one had to be flexible when choosing the scene of the crime), after the deed was done, feeling like a massive pervert and silently swearing to never let it happen again, only to break my solemn vow a mere day or two later.