**CURRENTLY OFFLINE** - Online players describe their struggles with "swatting", a life-threatening cyber-harassment phenomenon that looms over them whenever they play.
READ REVIEW
Next Previous 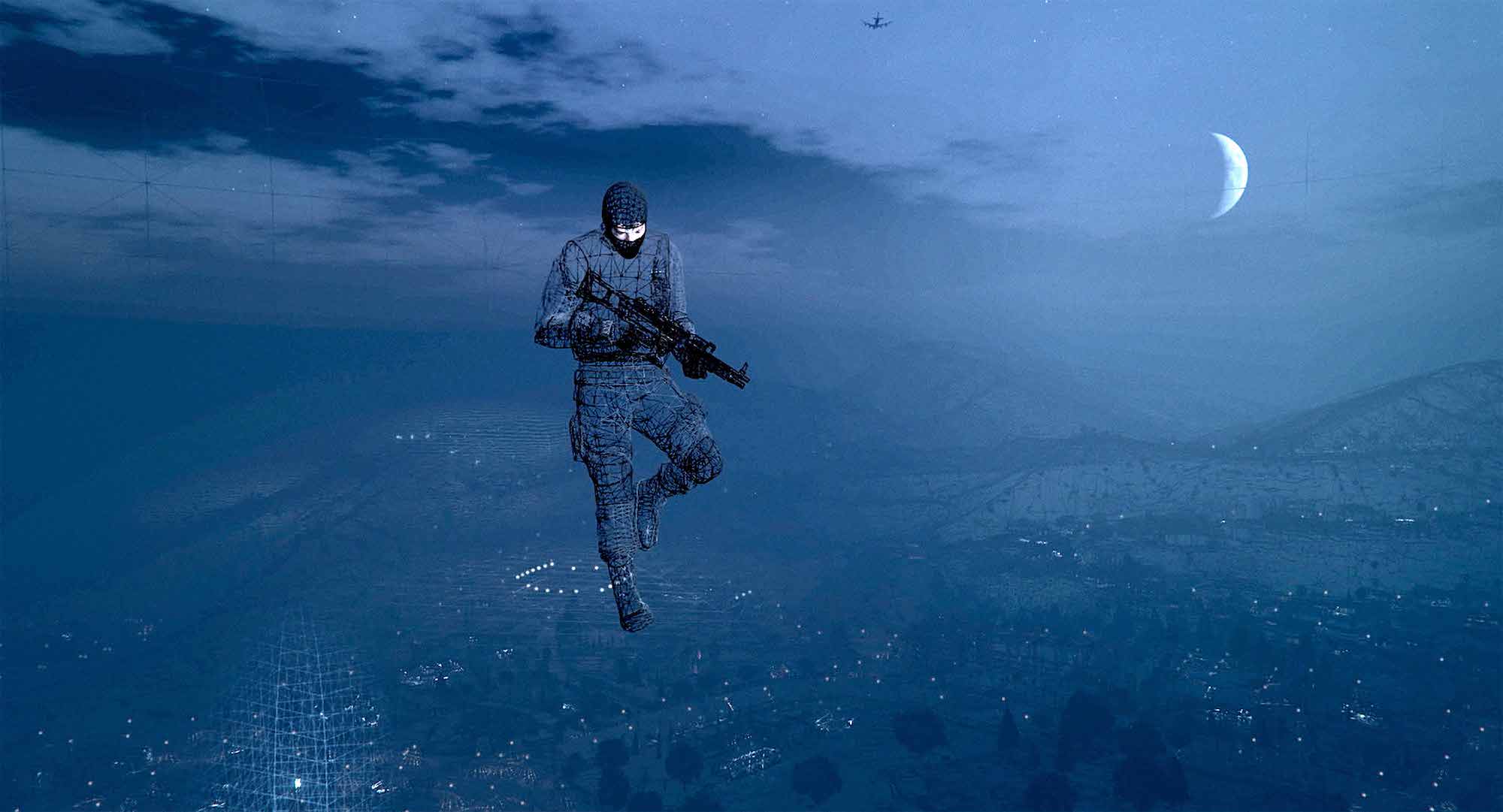 From Kristian Andrews’ twisted gameplay short Let’s Play Nomad X to Adam Butcher’s haunting N64 mystery What Happened to Crow 64?, video games have proved a recurring theme in the shorts we’ve featured over the years. Aiming to tackle the “hidden face” of technological progress, Ismaël Joffroy Chandoutis’ Swatted takes a fresh and inventive look at the world of online gaming, as he invites us to cross the borders between the real and the virtual in his unforgettable animated documentary.

Opening with a haunting phonecall to 911, where a man describes shooting his father in the head and the holding his mother and brother at gunpoint, it is clear early in Swatted that this isn’t going to be a lighthearted romp through the world of gaming. Following that audio recording (which is presented over an empty black screen), Chandoutis immerses us in the world of online gaming through a series of gameplay YouTube videos. However, as we see the video of one player disturbed after there is a knock at her door, we zoom into her now empty chair, the silence soon disturbed by the screamed demands of the police officers now entering her home. With that, the concept of “Swatting” is introduced. 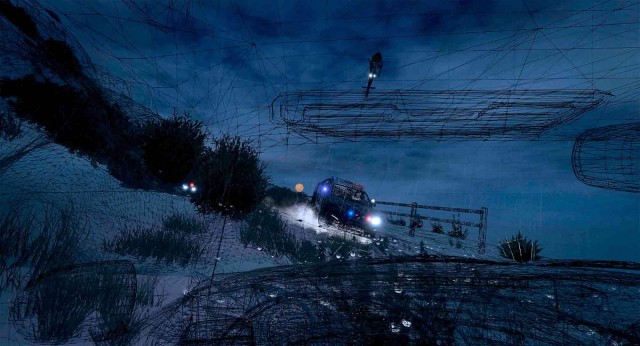 With an interest in live streaming video games, the inspiration for Swatted came to Chandoutis when he experienced an instance of the “prank” live. “What interested me, beyond the violent arrests, was the strange overlap on the screens: the gameplay, where the player controlled a SWAT team, and the intervention of the SWAT team in the player’s room (captured by the webcam), the filmmaker explains. “It was as if the SWAT team had literally come through the monitor”.

Consisting of interviews, found-footage of video game streams and wireframe images from a video game, Chandoutis was able to form his story directly in the edit – something he describes as one of “the advantage of being able to create without a camera”. Employing the vector aesthetics as a “metaphor for networks” that connect us, the filmmaker created the short’s distinct look by hacking the images and gameplay of the GTA V video game, using mods (a modification of the game that affects the source files).

“We represent the worst of the Internet”

“I tried to design an aesthetic that fits my subject”, Chandoutis reveals as we discuss his production methods. “As one of the themes is about networks, I quickly thought of a wireframe representation of the world. So I contacted two independent developers, called “moders” in the community. They have reverse-engineered the game to create a private server, so I knew they could find a way to help me in creating the visuals I had in mind…We represent the worst of the Internet and at the same time, the creative aspect is done with the best of the Internet: the collaborative, remote, anonymous and non-profit aspect of it”.

Even without the inventive, engaging aesthetic in mind, Swatted would still be a deeply-engaging short, perfect for internet viewing. I stated, just a few paragraphs ago, that Chandoutis’ film wasn’t a “lighthearted romp”, but it’s also not unnecessarily bleak and heavy. Finding the perfect balance between experimental and accessible, it immerses you in its world, gripping you with the tension created by the contrast between the IRL interviews and the gameplay images. Since seeing Swatted a couple of years ago, I’ve frequently referred to it as “one of my favourite short of recent times”, revisiting it now, that opinion hasn’t changed.

Swatted is online for a limited time, in the lead-up to the 2021 César awards.