**CURRENTLY OFFLINE ** - A man finds his stolen bicycle and it now belongs to a stranger. In his attempts to retrieve the bicycle, he struggles to remain human.
READ REVIEW
Next Previous

After leaving the gym, Omer spots something that catches his eye…his beloved bike. Stolen a month-ago, it’s now back within his reach, if he just could get the lock off it. Determined to retrieve his property, by any means necessary, he inadvertently sets off an unfortunate chain of events, that will have major implications on those involved. Shot in one-take, Tomer Shushan’s Ayn Levana (White Eye) crafts a subtle and layered drama with impeccable pacing, holding the audience’s breath hostage throughout its 20-minute runtime.

Based on a real-life incident involving Shushan, the writer/director explains that after discovering his stolen bike in the middle of the street an “aggressive instinct came out of me, and I couldn’t go away without the bike”. Just after the experience, the filmmaker met with his mentor, who prompted him to take the events and form them into a screenplay. Loosed based on the IRL situation (thankfully, that had a happier ending) and the emotions involved, you can imagine that writing it when it was still so fresh in his mind, still overwhelmed and high on adrenaline, was key to injecting the narrative with its authentic intensity and energy. 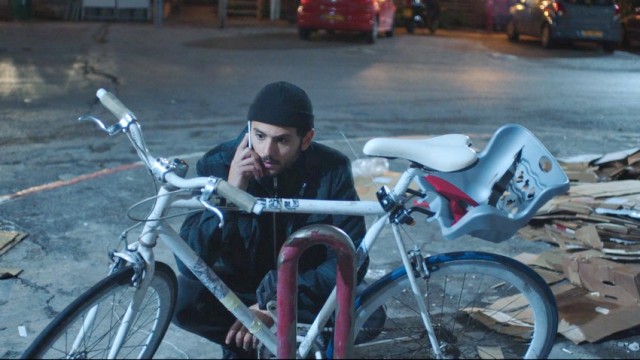 “After 40 minutes the White Eye script was born and after one year came out as a short film” – Shushan on the IRL experience that inspired his film.

Opening with such a relatable premise, you instantly feel Omer’s irritation and determination as you can easily picture yourself in his situation. With this tension already incredibly well set, White Eye keeps the audience on its toes by peeling away the layers of its narrative, as we follow the main character on his focused mission. As the stakes involved in the situation are slowly, but effectively, escalated Shushan’s main character doesn’t see what is happening around him and that his, albeit justified, anger has had a domino effect that he has lost all control over. With his realization dawning through a nuanced and non-judgmental perspective, White Eye leaves the audience pondering how we would have behaved in his shoes.

Perspective, both visual and emotional, is crucial in the short’s success. So it comes as no surprise that Shushan and his DP Saar Mizrahi carefully choreographed the cinematography knowing from the very beginning how they wanted to shoot the film: “one shot, one take, one breath”. I am at a point now where one-shot short films don’t necessarily impress me, but in White Eye it’s more than just a cheap gimmick. The one-take approach completely envelopes you in the narrative and how real it feels, to the point where I remember catching that first breath once the end-credits started rolling.

Admitting they “watched every one-shot film\scene that we liked”, Shushan and Mizrahi began to build a plan, with a focus of building the “motivation of the camera in front of the story”. Shooting in this fashion, using a camera with 360° rotation, may have presented many technical challenges, but the result undeniably makes the film all the more immersive. The movements and the construction of particular shots working seamlessly to intensify both the tension and Omer’s state of mind – from the space he occupies on the screen to his presence in the middle of the conflict. 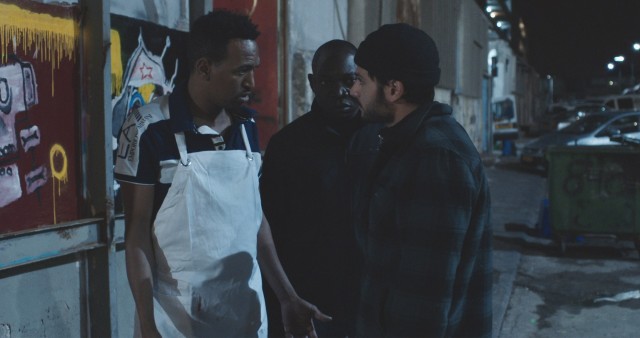 On-screen for almost every second of the short’s runtime Daniel Gad (R) is key to White Eye’s success.

While all the performances contribute to the short’s impact, as the consistent focus of the film (he only disappears from the shot on a couple of occasions, for mere seconds), Daniel Gad’s is the one that truly standsout. Navigating the roller coaster of emotions, from his growing anger and irritation to the sudden, worrying realization that there is much more at play, it is utterly compelling to witness his reactions in real-time. Again, his performance in portraying that understanding – that his self-motivated quest might have had dramatic consequences – is key to the film’s authentic feel and ultimately its lasting impact.

After an impressive festival run, White Eye is now in the midst of its FYC campaign, having won qualifying awards – including the Grand Jury Award at SXSW 2020. Shushan is currently working on a feature adaptation of the film titled Between The Sand Grains, alongside an Israeli tv drama series called Torso.