A film behind a horse. Obscuring the narrative. My act of self destruction.
READ REVIEW
Next Previous 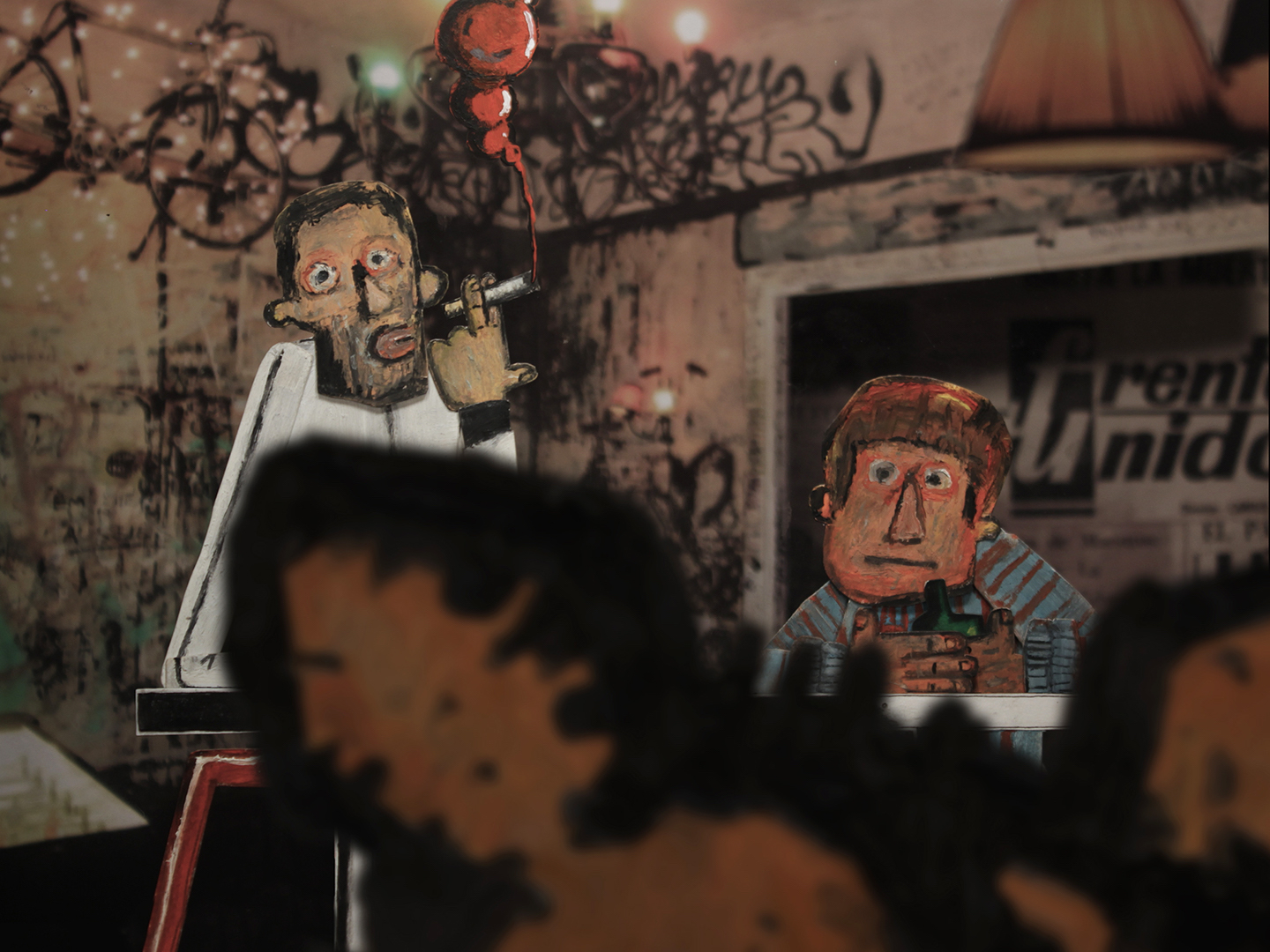 If you’re a regular visitor to Short of the Week, you probably would have read about our “narrative-first” curation before. Picking films for S/W, story is key and we lean heavily towards more “traditional” storytelling with our selections. With that in mind, every now and then we like to throw in a curveball and serve our audience something more challenging, like today’s film Nod. Wink. Horse. by Ollie Magee (Fall).

Attempting to answer the age-old question – is a narrative still a narrative if it’s hidden behind a horse – Magee’s five-minute animation is set on a grubby estate in England. At first, all feels normal as we enter a cafe/bar and are introduced to its patrons, but as the camera pans across a wide-shot we quickly realise something strange is afoot, as our view becomes obscured by an out-of-focus horse. From that moment, the inclusion of the equine extra is more and more prominent, as it continuously blocks our view and ultimately prevents us from witnessing the intriguing events behind it. 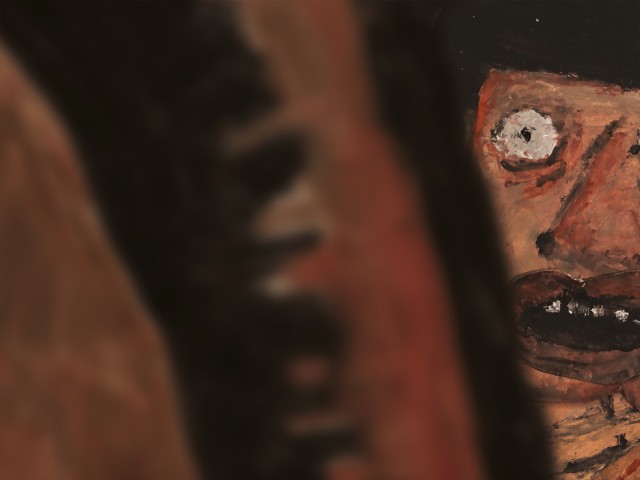 “There is a film there, but you will never see it” – does a horse obscuring your view effect your enjoyment of the short?

“I’ve always had an antagonistic relationship with narrative”, Magee reveals as he talks to S/W about the unusual premise of his RCA grad film. “To me it feels so focused on content, where I find myself more interested in the context of my work. This film is ultimately about reaching a crisis point as a filmmaker. It is self-reflective. Deciding to reject those narrative expectations and embrace some of my more self-destructive habits. Making a film and then hiding it behind a horse. Denying myself and others my own work”.

It’s interesting that Magee uses the word “destructive” when referring to Nod. Wink. Horse. as whether he has, in fact, damaged his film, will come largely down to audience expectations and what they want from a film. The director himself admits that his approach could lead his film to be viewed as “confusing, possibly frustrating”, but he also hopes that by watching his short, he will challenge his audience to “question ideas around narrative”.

“There is a film there, but you will never see it”, the filmmaker states, as we discuss the reflection he was hoping to provoke in viewers of Nod. Wink. Horse. They way he sees it, you have two options. Firstly you could “project your own version” of the story, with some deeper significance, onto the film. Or you could “take it at face value”, and just see it as a big brown horse standing in front of the camera. 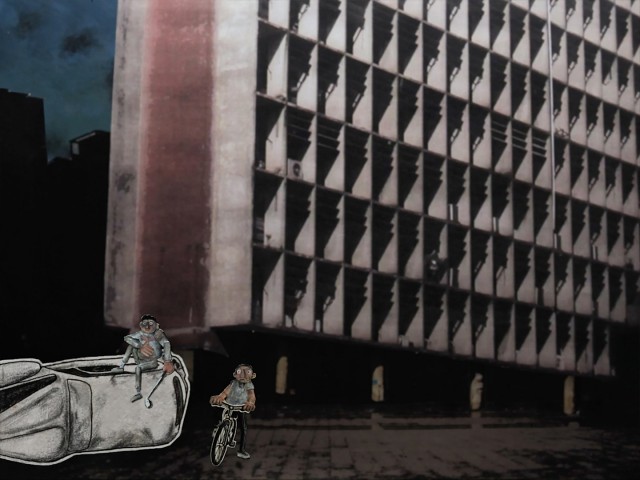 “The film is paper cut out, shot on Clive Walley’s old multi-plane at the RCA” – Magee on his production methods.

Outside of the intriguing narrative, or lack of it, Nod. Wink. Horse. is also a visually interesting film, employing cut-out animation to create its distinct aesthetic. A textured, tactile look which only works to enhance the authentic feel of Magee’s on-screen world (well, the world beyond the horse anyway), it’s a striking film, even without taking the challenges it sets its viewer into account.

“I also wanted to have an “un-horsed” version, so it does at least exist somewhere”

However, the most interesting part of Magee’s production has to be the addition of the horse. “Painted on cel and added digitally afterwards”, although this process isn’t groundbreaking or particularly novel, it does mean that before inserting his equine addition, there was a cut of the film without it. Admitting he wanted “to have an “un-horsed” version” to exist somewhere, whether we ever get to see is another question.

As mentioned earlier, Nod. Wink. Horse. was created as part of the filmmaker’s studies at the Royal College of Art. Since leaving, he’s now working on “small personal projects, mostly illustrations and comics”, which also explore themes around creative identity. “If one of the ideas really sticks, there is always the potential for a new short film”, Magee discloses – after featuring two of his film on S/W now, we’d love to make it three.