A reclusive college student is driven mad after picking a booger he can’t flick away.
READ REVIEW
Next Previous 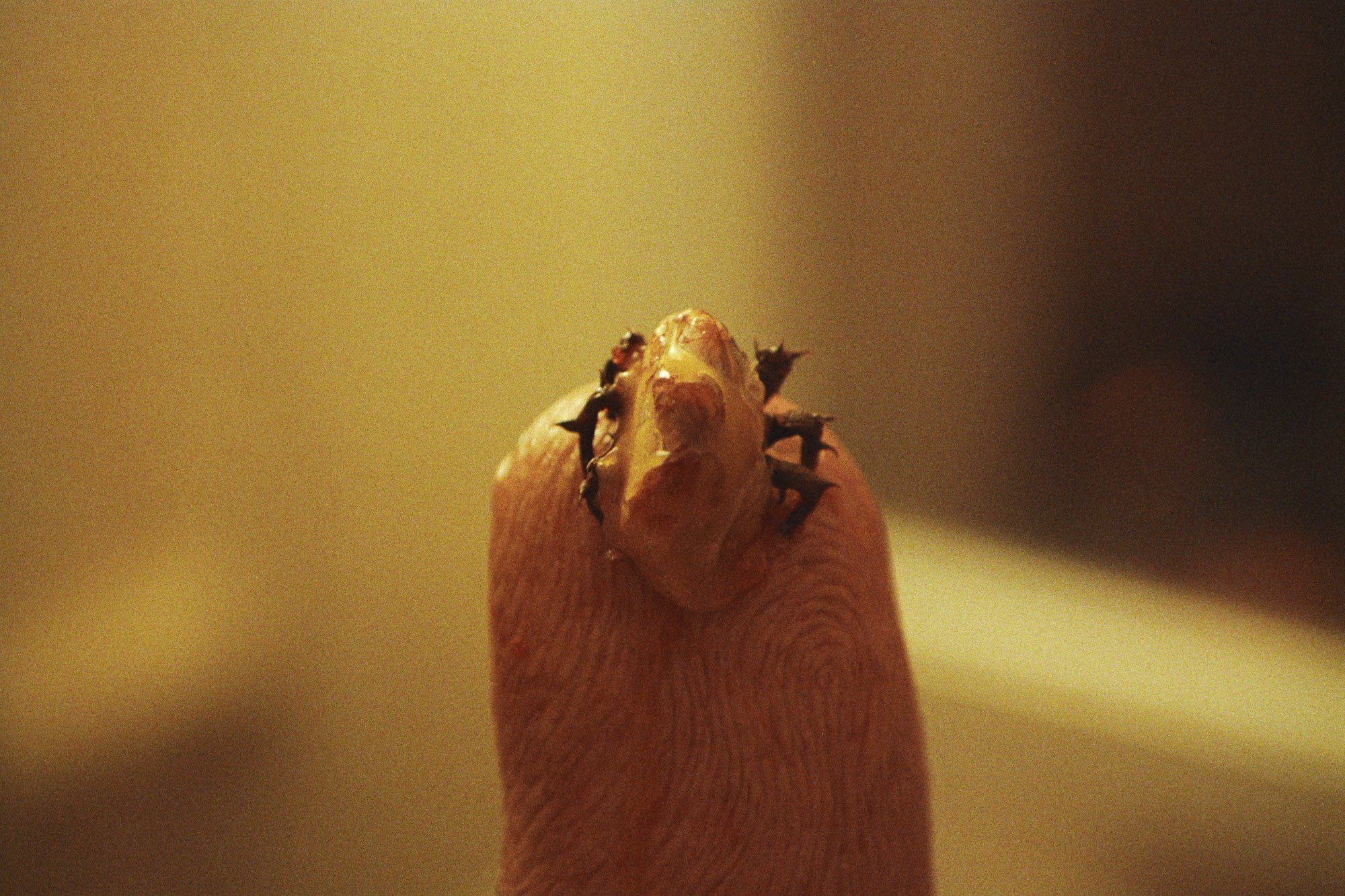 Richie, a college student, has not been going to classes. Instead, he chooses to spend his time at home watching Kaiju movies, with his very nasty habit of picking and flicking. All is just the way he likes it until one booger just won’t flick, sending him in an endless loop of madness. There is no way around it, Flick is plain gross, but Ariel Zengotita’s body horror short elevates itself to more than a cheap and disgusting joke, by presenting us with an accurate and unforgettable metaphor for obsessive behavior.

Zengotita, who is credited as the writer, director, editor and co-producer on, introduces us to Flick by confessing that the true origin of the narrative is his own disgusting habit of picking and flicking. “When you’ve picked as many boogers as I have, you eventually get to that one that just refuses to let go”, the director candidly admits. “It’s a frustrating experience that I’m sure (or at least hope) many people can relate to. I thought it would be fun to start with that premise and take it as far as my wallet would allow.”

Evidently, the concept of the film started out as a joke, but as he developed the story, Zengotita fleshed out his character, and the situation, by layering in his own personal experiences with anxiety and isolation. Which in turn helped the screenplay evolve into a much more complex and deeper narrative. 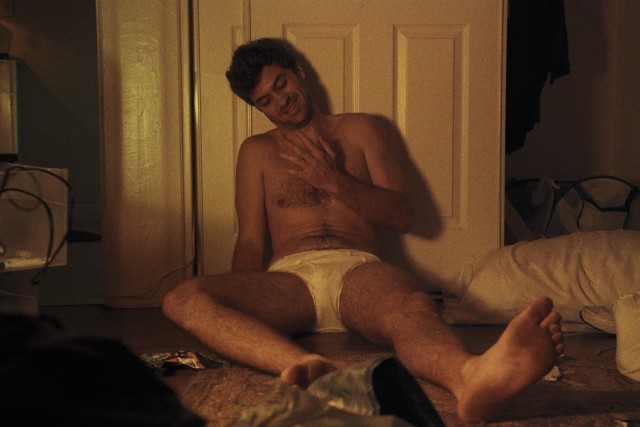 While Flick begins as a fun midnight film, it quickly subverts expectations and the booger with legs becomes a much stronger metaphor, delivering a cautionary tale against self-destructive behavior. Not only does Zengotita captures what he calls the “hellish loop of obsessive thinking” by having Richie spiralling, but the fact that the booger just won’t go will also hopefully represent different things, depending on your perspective. “Whether it be a distressing thought or memory, that’s stuck to you like glue; no matter how hard you try, you can’t shake it off”, the director explains.

Like most filmmakers who work in body horror, Zengotita calls himself a “huge proponent of practical effects”. With the maker of the booger, Dan Rebert, they went all out on the gore effects, and all I can say is that the way that booger movers is not for the fainthearted.

“I consider Flick to be a sort of anti-kaiju film”

To be able to get the shots they wanted, Zengotita and his DP Tu Do made the call not to shoot on film, despite a desire early in production to do so. Filming digitally on the Sony Venice instead, they eventually had to transfer the picture lock cut of the film onto 35mm to get the visual aesthetic they truly wanted – one that emphasized the psychological tension of the short.

This retro/distorted look also works to pay homage to the Kaiju films that were ultimately an inspiration to the filmmaker, who calls himself a huge fan. Explaining that he sees Flick as a “sort of anti-Kaiju film”, though his monster is the exact opposite size of the ones you find in those movies, Zengotita hopes that his creation is “just as destructive to Richie’s life, as Godzilla was to Tokyo”. 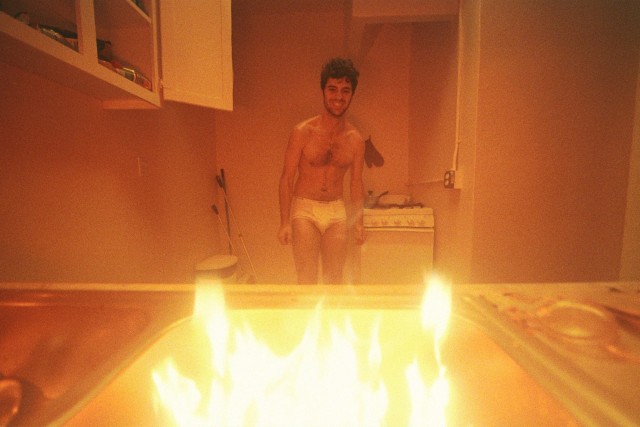 Nate Pringle’s performance as Richie is essential to Flick’s success.

Finally, props also need to be given to Nate Pringle, who portrays Richie so convincingly. From his general annoyance at the beginning to the mounting escalation and the climax, watching him go through this psychological madness is a physical, visceral experience. His performance acting to ultimately brings all the pieces of Flick together and help to make it such an unforgettable film.

A big hit at the Palm Springs ShortFest in 2020, Flick also went on to be selected at Encounters and is still on the festival circuit now, despite already being released online. Next up for Zengotita, a new short that will blend horror/sci-fi/dark-comedy to tackle the politicization of issues that should remain separated from politics. Hoping to shoot that before the end of the year (COVID restrictions allowing) he’s also developing a few feature and episodic ideas.