***Currently Offline*** Viktoria yearns for intimacy, prompting her carer Ida to offer to make her a Tinder profile. When she gets a match and plans on meeting him, Ida starts worrying about what could happen.
READ REVIEW
Next Previous 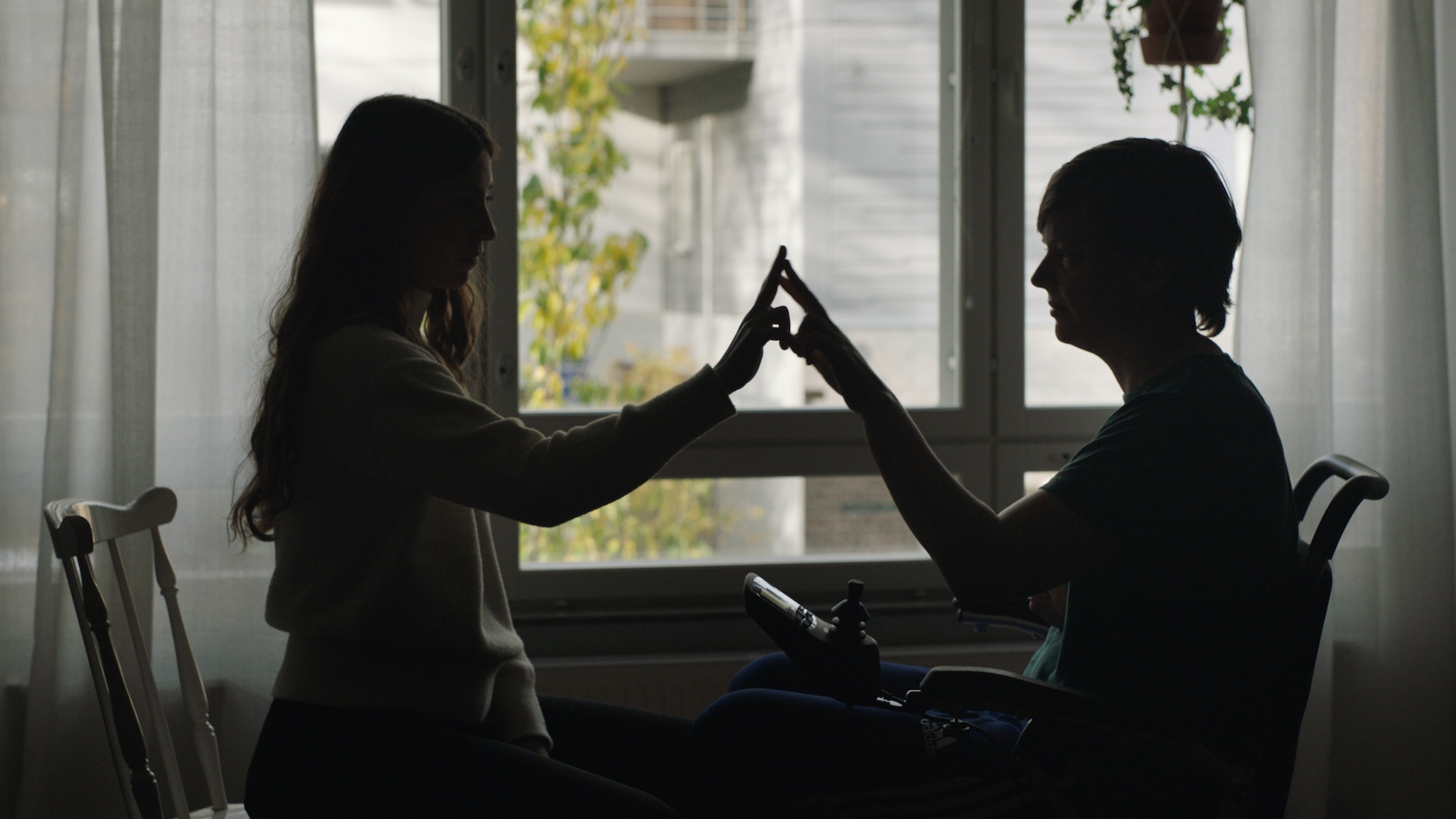 Viktoria might be disabled, but she still has desires and after seeing Ida, her carer, with her boyfriend, she makes it very clear that she also has a libido and wants to do something about it. With a touching sense of humour, writer/director Jimmy Olsson depicts a complex situation between two strong women, where the line between professional and personal gets blurry and one is left to grapple with the consequences of her actions.

Olsson tells us that the starting point for his 23-minute short Alive was when he heard a similar story – where the carer was asked to leave the apartment and wait it out in a nearby coffee shop – on a podcast. Interested in what would happen when this person just sits there waiting, wondering about the fallouts and the responsibility in case something goes wrong, Olsson knew he wanted to make this premise central to his narrative.

With this idea fresh in his mind, Olsson creates a narrative around the conflicting emotions a carer would encounter in this situation.  As the audience begins to grasp the subtleties, nuances and feelings involved, the director also effectively builds a tension which culminates when the man (played by Olsson himself) shows up and Ida is asked to leave, losing all control over a situation she manufactured.

Before we get to that heightened tension and the emotional climax, Olsson introduces us to his two central female characters, and their rapport, immersing us in their relationship. By combining a humorous tone in this more dramatic context, he fleshes out the two women, allowing us to easily discover the different layers of Viktoria and Ida’s personalities.

Through minor details, we also see the prejudice Viktoria has to constantly deal with. Whether it’s through Ida’s boyfriend talking to her like she’s a child, or simply when she has to remind Ida that she also wants to be desired, Olsson plants the seed that these preconceptions are always present for Viktoria. Comparisons between the two women are cleverly drawn through the editing, as we’re prompted to compare their lives and examine an additional layer to their relationship and what Viktoria wishes she had. 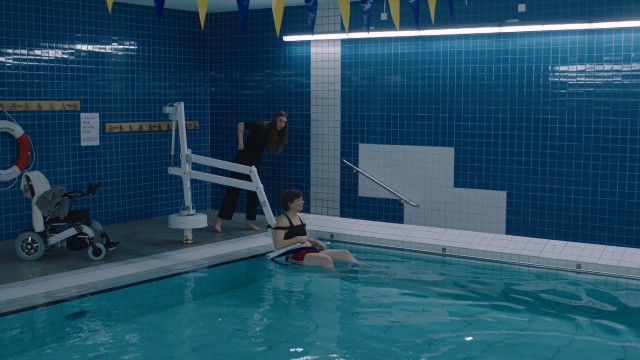 The initial hook of the story is Viktoria. She is the one who initiates the situation and her reaction to Ida’s boyfriend instantly reveals a side of her personality that I deeply enjoyed. Eva Johansson, who portrays Viktoria does a stellar job at showing both the strength and vulnerabilities of her character, while also making her a clever and witty character. Her small and subtle facial expressions add a level of authenticity that I found deeply engaging, while the strength she injects in her performance was what moved me the most. Her last line wraps the film in the most delightful way.

Ida’s moral dilemma is when the film takes a deeper meaning and it quickly becomes obvious that Olsson’s concept is not being used as a cheap punchline, but instead asking a rather complicated question. Madeleine Martin (for those who are wondering why her face is familiar, it did drive me insane), who is also credited as the 1st AD, navigates her character’s crisis of conscience in an extremely compelling way. Her concern feeling deeply genuine and, since at that point we are all rooting for Viktoria, its induced anxiety is contagious through the screen.

After winning an Oscar-qualifying award at the Huesca International Film Festival, Alive is currently in its For Your Consideration campaign. After having directed eleven short films throughout his career, Olsson is now in the early development stages of two tv-series and three features – sounds like he’s going to be busy!