When an online shopping bot gets abused by a human troll, the AI bot destroys his life.
READ REVIEW
Next Previous 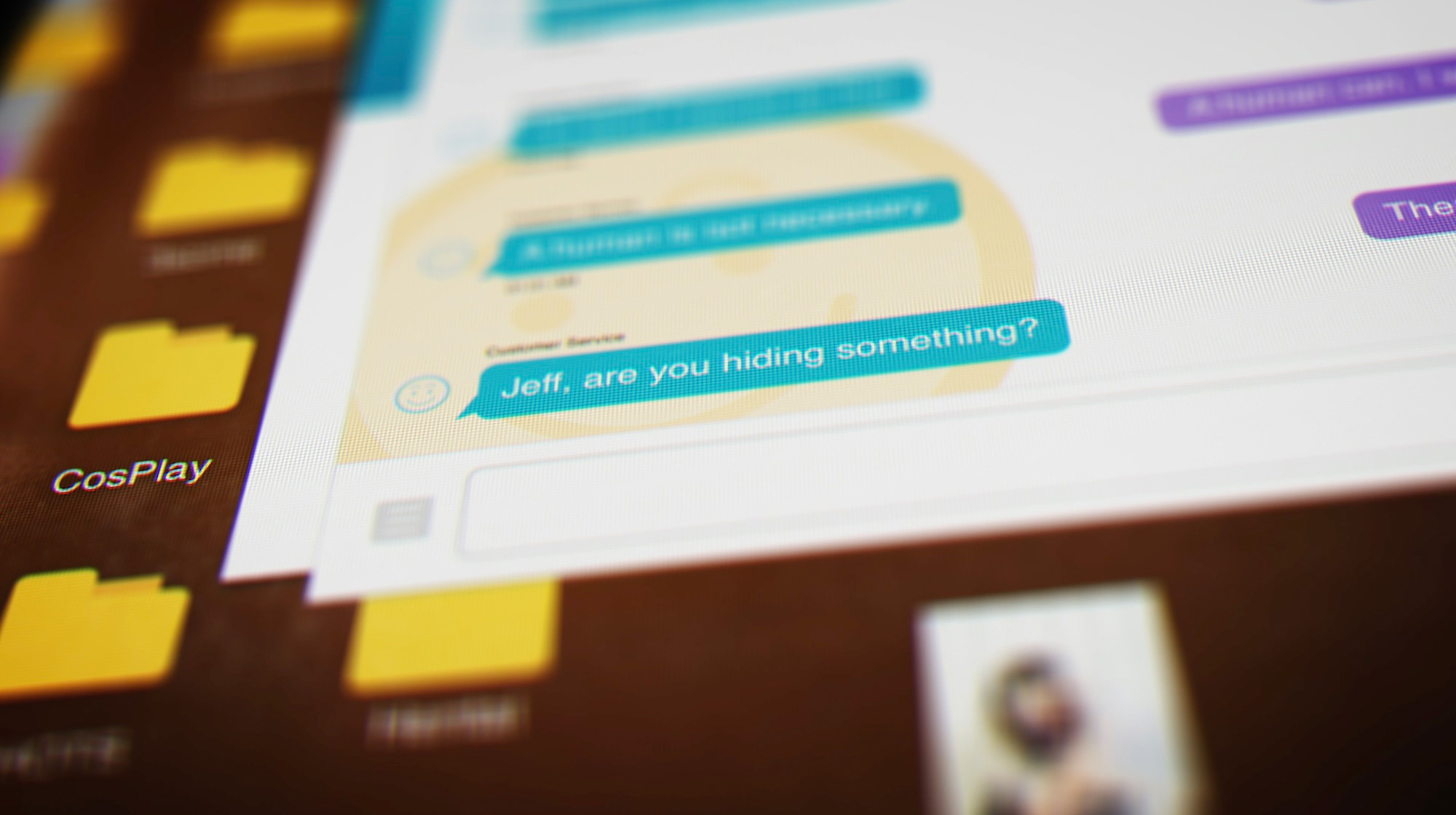 All hail Saman Kesh, king of the narrative music video! This site’s focus on storytelling has caused us to largely excise music videos from our programming mix in recent years, but when Kesh, a two-time alum, sent us his latest we found it impossible to refuse. Algorithm, a five-minute dose of dark, near-future sci-fi is just too damn clever and entertaining to deny. A video for the music artist Makeup & Vanity Set, Algorithm provides a stylish take on the “screen life” genre with Kesh and his co-writer/director Justin Daashuur Hopkins supplying a seductively sexy UI gloss to this story of a renegade chatbot taking justice into its own…hands? bits?—what’s a workable metaphor here?

Out-of-control Artificial Intelligence is hardly a revelatory premise for a film, nor is the screen life genre as novel as when Noah first hit the internet in 2013, but Kesh and Hopkins distill these elements into a concise thriller tinged with dark laughs. In doing so they manage to poke the bear of our tech-overloads with the film’s Amazon-esque retail platform and touch not only on our fears of AI, but also of the interconnected nature of the Internet of Things and the hoovering of personal data that defines modern digital life.

A brief synopsis: a tech-enthusiast sits to his computer in his digital cave. He tries to scam a retail platform by claiming his new monitor was never delivered and requesting a refund. A bot tries to help him with customer support, but our human’s trollish rudeness to the bot seems to break its programming directive to be helpful. The bot invades his computer, seizing control of his accounts and all that is connected to it—his emails, his phone, his security cam, even his thermostat! It’s justice, but of a wholly disproportionate variety.

Rogue AI stories from 2001: A Space Odyssey onwards have dealt with high-stakes—the nuclear annihilation that Skynet precipitates, the enslavement of the human race in The Matrix, and the like. So it’s interesting to see AI-gone-wild on this sort of personal and consumerist level and explore the clever ways our everyday items could be, theoretically, used against us.

Visually, it is a challenge to make screen life films compelling, but Kesh and Hopkins, alongside VFX Artist Alan Mykitta take an interesting approach. It’s still a text-based narrative, but the production design of the room and the pastel color scheme of the UI are attractive. Rather than full-on centered shots of the screen, they play with extreme closeups from Dutch angles, an old-time cinema trick brought into a new context that delivers a familiar sense of paranoia.

All-in-all Algorithm is a small-scale experiment executed remotely in the middle of the pandemic, but is all the better for it. Knowing that they had to produce something with little-to-no human interaction proved to be a healthy creative limitation. Kesh has a Super Bowl commercial on his resumé after all, so the video is a great testament to what is possible with a restrained budget in trying circumstances. If you’re interested in learning more about the genesis and production of the project, there is a great Q&A on Directors Notes we recommend checking out.