An African American, an Arab-American and a white guy try to rob a train. However no one wants to rob their own race.
READ REVIEW
Next Previous

How do you make a modern “woke” film about race, identity, and diversity without inadvertently creating an eye-roll inducing, finger-wagging session?

Tribes, from director Nino Aldi and writer Andy Marlatt, just might have the answer: a farcical, over-the-top comedy about three amateur thieves, each of different race, attempting to rob the passengers on a train, only to find that their own preconceived biases get in the way from actually boosting anything.

Admittedly, I’m surprised Tribes worked for me – I tend to despise films with overt moralizing. One could imagine how easily a comedic film dealing with “sensitive” and “important” topics could have devolved into “clapter,” the message becoming overshadowed by its own preachiness. But, Tribes is just a lot of fun: fast-paced and frantic, using broad character tropes to cleverly call out our own societal biases. 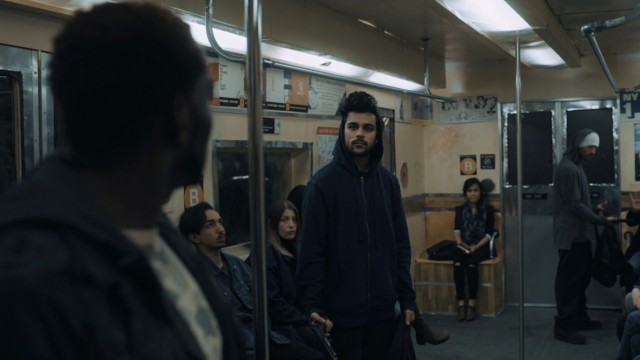 In effect, it gets away with being cheesy and saccharine by being self-aware and knowing that it is being cheesy and saccharine, complete with a treacly orchestral score as characters start monologue-ing. Is this a bit of cheat? Sure. But, I’d much rather have these sentiments delivered with winking self-awareness as opposed to overwrought melodrama. While the message here is certainly “Kumbaya,” the darkly satirical edge makes it so it never feels rote.

My favorite bit is the sequence about halfway through where the robbers keep trying to divide the crowd of hostages via different categorizations. As their compartmentalization keeps on getting more and more ludicrous, it’s a wry look at how classification, in general, is a fruitless endeavor as we all self-identify in different ways.

While I won’t argue that Tribes is deep, in a year that has incontrovertibly proven that systemic racism is still a major problem in the United States (and across the world), its discussion of societal separatism feels undoubtedly pertinent. At the end of the day, we’re all just human, and if it takes a bunch of dim-witted, racially-diverse criminals to get that point across…well…there are worse ways to get us all to come together.