A child internalizes the chaos of home renovations and his parents' preoccupation, precipitating a fever dream that catapults his consciousness into adult realms of obsession and dread.
READ REVIEW
Next Previous 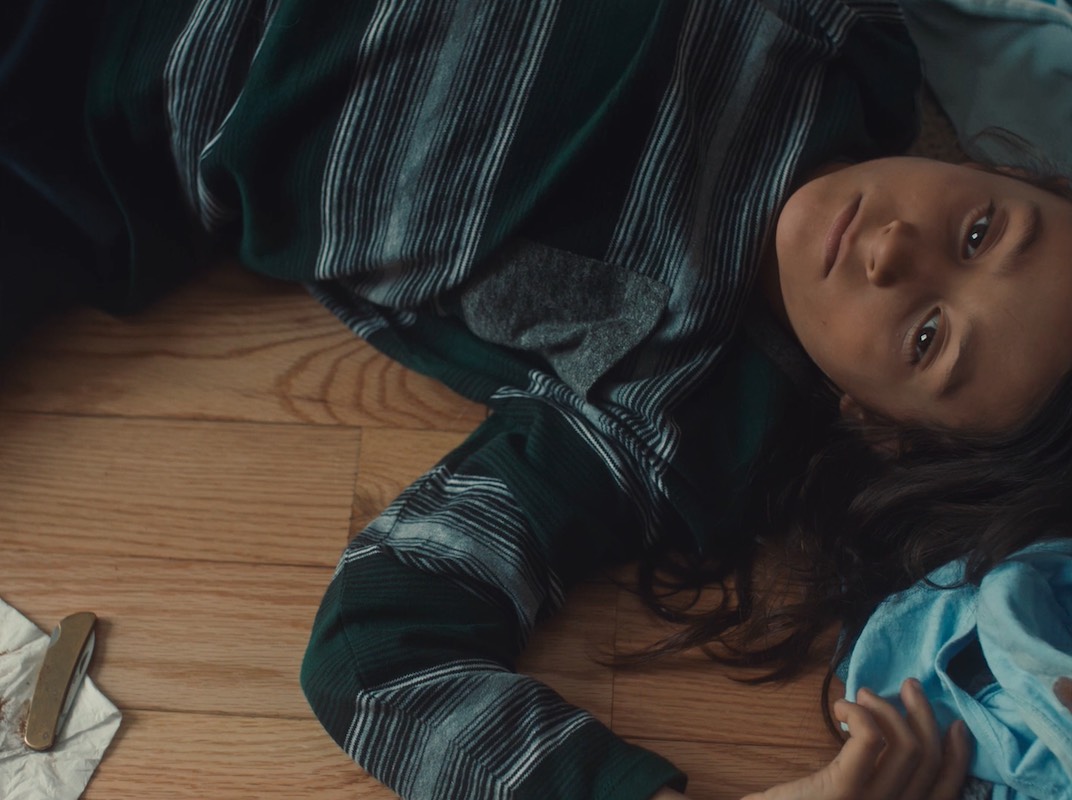 An experimental thriller that plays much like a horror film and provides a lesson in dread, Aaron Poole’s stylishly atmospheric directorial debut, Oracle, takes ordinary and familiar imagery and transforms them into a fear-inducing fever dream. A distinct departure from traditional narrative and far from our regular fare on S/W, Poole’s unique exploration of what plagues our childhood psyche is an unnerving experience to behold.

Centred around a child’s internalization of the upending feeling caused by home renovations and a lack of his parent’s attention, throughout Oracle, Poole uses everyday sights and sounds and morphs them into childhood terrors. The sound of a saw machine is reflected in an ominous score that echoes like a drone. Meanwhile, a blue night light turns into what would be just a balloon, had it not been floating in the darkness toward the little boy with such sinister intent.

“I wanted to experiment with simple story objects that required the audience to lean in and connect the dots,” Poole explains to Short of the Week. Experimenting with a short running time and minimal dialogue the director sought out to “make a sort of visual puzzle that could inspire feelings of both awe and dread”. 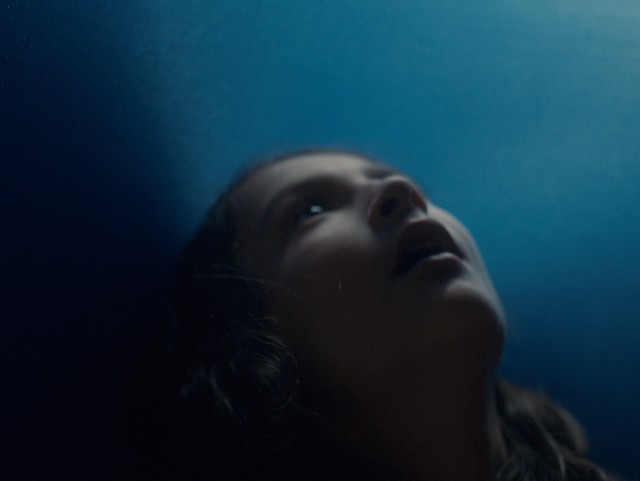 Oracle was inspired by a recurring dream of an infinite abyss director/writer, Aaron Poole had as a child.

Poole describes the experiences in this experimental film as a “fever dream” and it’s in this half-awake state that the boy begins to understand the world around him. So what appears to be a nightmare on the surface, is really a child’s growing awareness of his surroundings and the anxiety that it causes when he finds himself on his own. In this way, Oracle could be considered a coming-of-age thriller, had it not been for the second half of the film.

Poole’s attention to detail is quite impressive. As the tension picks up, he lures us into what appears to be another dimension, increasing our nervousness with every sudden cut or slight adjustment to the sound design. While we all recognize the soft thudding noise of a balloon colliding against another surface, Poole employs this simple sound to create a moment that causes the viewer unexpected stress.

For most of the film, there’s nothing overtly scary about any of the familiar imagery, and yet, it’s hard not to feel trapped in the little boy’s night terror, with the sound design and visuals working in tandem to lead us into a nerve-shredding final crescendo. “The sound scape, design, and foley were carefully composed and calibrated for another month [after filming] with the generous support of Academy Award-nominated SoundDogs, composers Blitz//Berlin and Technicolor Toronto,” Poole reveals. 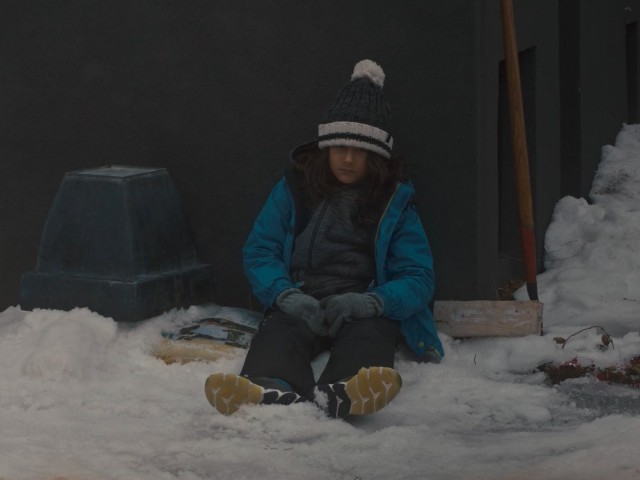 But it’s within the stillness and quiet that follows that Poole strikes with something truly hair-raising. It’s this scene, almost at the end, that made me physically push myself away from my screen with a very loud mental “nope”. Because to a child, all shadows move in the dark and, now, they move for us too.

World premiering at TIFF, Oracle won the Grand Prix Short Film In the national competition at Montreal Festival du nouveau cinéma, had its US premiere at Slamdance, and screened at both Palm Springs International Short Fest and Busan International Short Film Festival. Poole is currently working towards his first feature DADA and we can’t wait to see it!