One day a humble fisherman catches an enchanted fish. Can the fish help him, and his wife improve their lot?
READ REVIEW
Next Previous 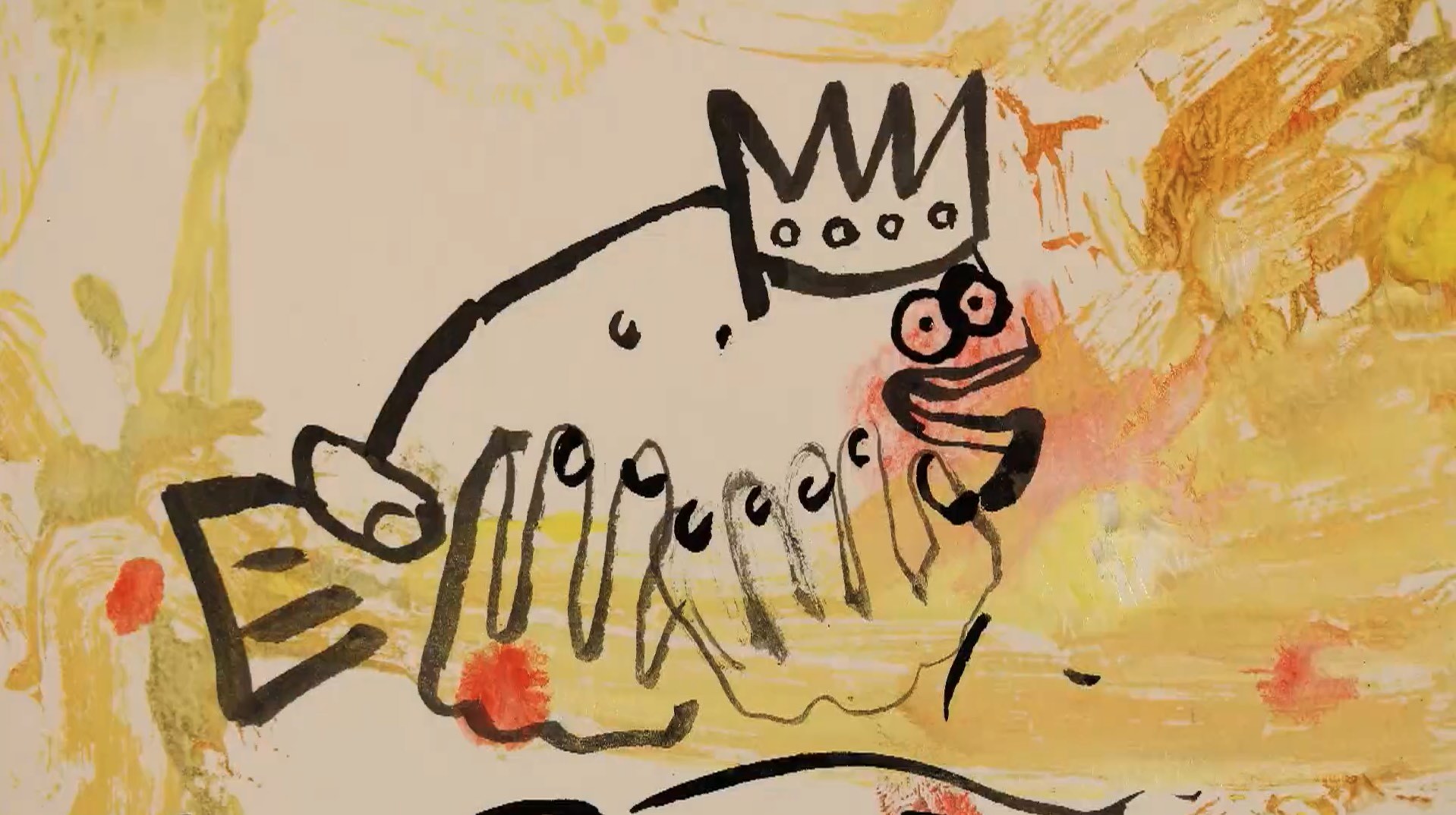 An adaptation of the Brothers Grimm fairytale The Fisherman and His Wife, in which an enchanted flounder helps the titular angler “improve” his life, Elizabeth Hobbs’ six-minute animation brings this classic story to the screen through a playful experimental style. A morality tale tackling themes of greed, overconsumption and the environment, Hobbs created The Flounder with the aim of promoting a sustainable and auspicious way of life.

Dialogue-free and set to a sauntering jazz-like soundtrack, Hobbs modernises this traditional fable with her distinct aesthetic, employing a series of clever on-screen clues to guide the audience through her quick flowing narrative. Where the original story utilises descriptors like “filthy” and “enchanted” to introduce its lead characters – the fisherman, his wife and that magical fish – and their situation, with no words at her disposal, the director instead relies on her visuals to provide all the key information. 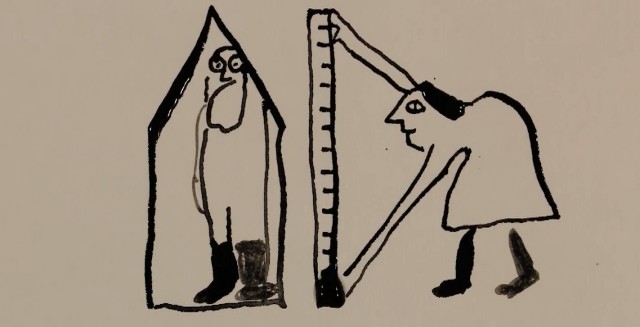 With no dialogue, Hobbs usual a series of clever visual clues to tell her story.

A quick flash of a crown on the fish (he’s an enchanted prince in the original story), lets us know he’s no ordinary creature. While the couple’s situation (in the Grimm Brothers version they live in a “stinky” shack) is cleverly portrayed by a home that is far too small for their proportions – a trick Hobbs repeats throughout the short to illustrate the pair’s consistent unhappiness, even when their predicament is vastly improved.

Created through ink-on-paper animation (much like the aesthetic she used in her previous short I’m OK), Hobbs lets us know this is a hand-crafted film right from the start when we see her hand paint the titular Flounder on the screen for the first time. Hobbs then reinforces the approach several times throughout the film, by showing the paper she animates on become crumpled up, torn or ripped into pieces. 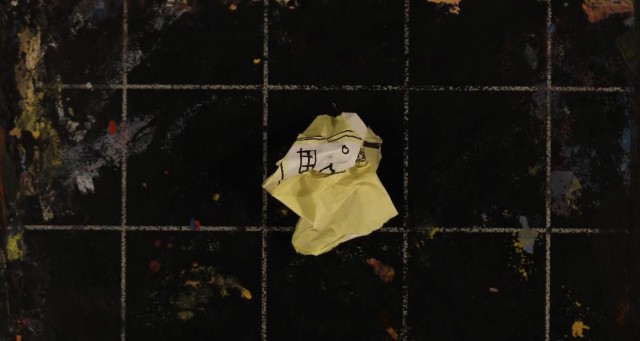 Then, as the story unravels, the seas get wilder and the demands of the fisherman’s wife quickly spiral out of control, Hobbs matches the unpredictability of the narrative with a rapidly evolving aesthetic and it’s in the final third that The Flounder is at its most effective and most exciting. Her art now imbued with a frantic energy, things take a nightmarish turn and as the fisherman’s wife literally demands the world we’re consumed with the overbearing insanity of it all, before things come crashing down and return to more peaceful ways.

If you watch closely in the final minute or so (just after the five-minute mark) Hobbs also splices in quick flashes that allude to the greater message here. Where the original story was a parable about selfishness, with blink and you’ll miss them cuts the director indicates the environmental angle she’s added to her narrative. It’s present anyway, when you really consider the tale in a modern light, but with these few frames she almost subliminally pushes her important message home.