Wounded in war, the painter Oskar Kokoschka reminisces about a turbulent love affair as he leaves the battlefield on a stretcher. Dream and history merge in this dizzying BAFTA-nominated animated short.
READ REVIEW
Next Previous 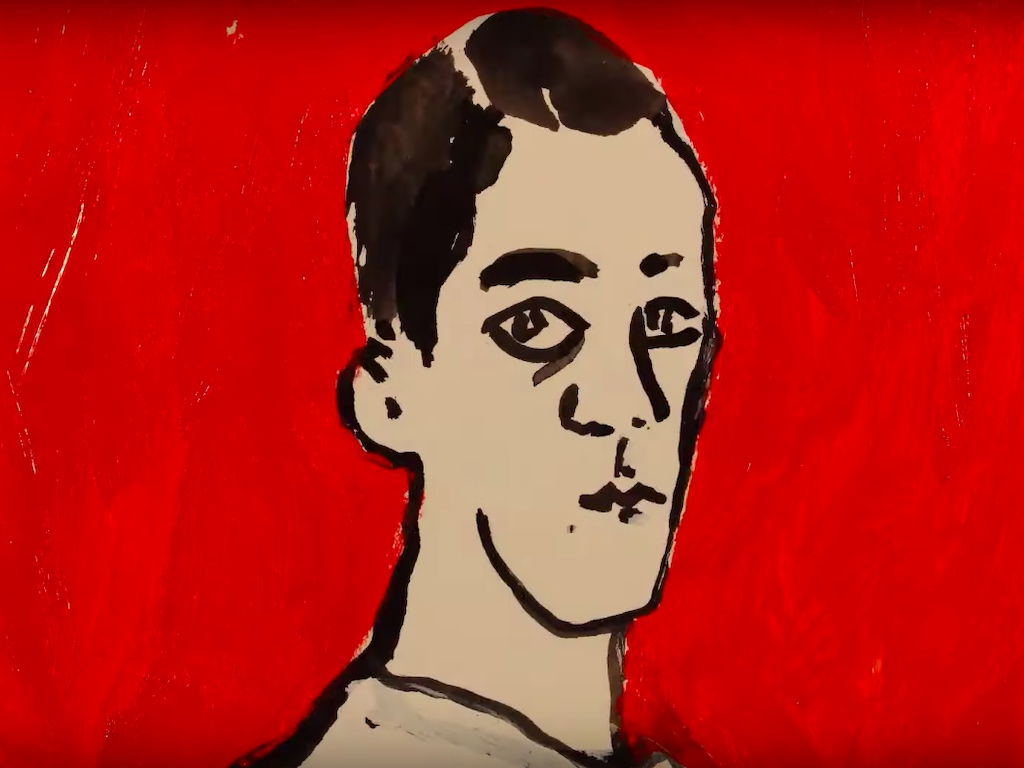 Elizabeth Hobbs, its director, may not agree, but I’m OK is suited to the small screen. For one thing, it bears instant rewatching. On first viewing, the film hits you with a torrent of colours, lines and marks, restlessly moving and briskly edited. A title card informs you that this is the story of the Austrian painter Oskar Kokoschka – specifically, his experiences of a stormy love affair and subsequent injury during World War One. But I’m OK doesn’t initially come across as a narrative film so much as an expressionistic picture of pure delirium.

Watch it again and the scenes start to coalesce. Cued by changes in the music, you untangle the web of flashbacks. Recurring motifs – a bird, a cross, a couple locked in embrace – lend sense and structure to Kokoschka’s feverish thoughts. His memories of a turbulent period in his life seen to emanate from the film, for the imagery, while very much in Hobbs’s style, is steeped in the painter’s art. Pause on certain frames (1:47, say), and you’ll see a fleeting caption that identifies the work being referenced. In fact, pause at any point and you’ll have something interesting to look at.

Hobbs’s career is as fast-moving and hard to pin down as this film’s narrative flow. Starting out as a printmaker, the London-based artist made her first shorts two decades ago. If her subsequent films have returned time and again to quirky historical anecdotes – the fate of Napoleon’s penis in The Emperor, or a case of “vampire hysteria” in Imperial Provisor Frombald – they have done so through an array of different media. Techniques she’s used include pixilation, ink on bathroom tile, and rubber stamps printed onto 35mm film.

For I’m OK, Hobbs used paint and ink on A5 paper, capturing the frames while the materials were still wet. Ditching script and storyboard, she developed the film’s style and story while painting (in her bathroom, no less). As she told me in an interview for Cartoon Brew, “I found the music that [Kokoschka] associated with the period, read his plays, his writing, and studied all his prints and paintings. And then I animated on and around the work.” Like in all her films, she kept digital processes to a minimum, preserving some of the imperfections of analogue animation. The result is a film that feels at once spontaneous and scrupulously researched.

I’m OK was well received, earning a prestigious BAFTA nomination in the UK. Hobbs has gone on to make The Flounder, an adaptation of a Brothers Grimm tale rendered in a similar style; the film is now touring festivals, both on its own and as part of the anthology work Happiness Machine. Meanwhile, she has directed a signal film for Ottawa International Animation Festival, contributed animation to the New International Encounter’s upcoming theatre show I Will Be Everything, and even designed labels for beer cans. Another project is in the works – watch this space.