Kwan is an Asian-American hustler in contemporary Los Angeles. You need something, Kwan can get it for you, whether that’s drugs or a spare laptop. As we follow Kwan through his deals he demonstrates the critical skills needed to survive when living in a city where cultures and class intermix.
READ REVIEW
Next Previous 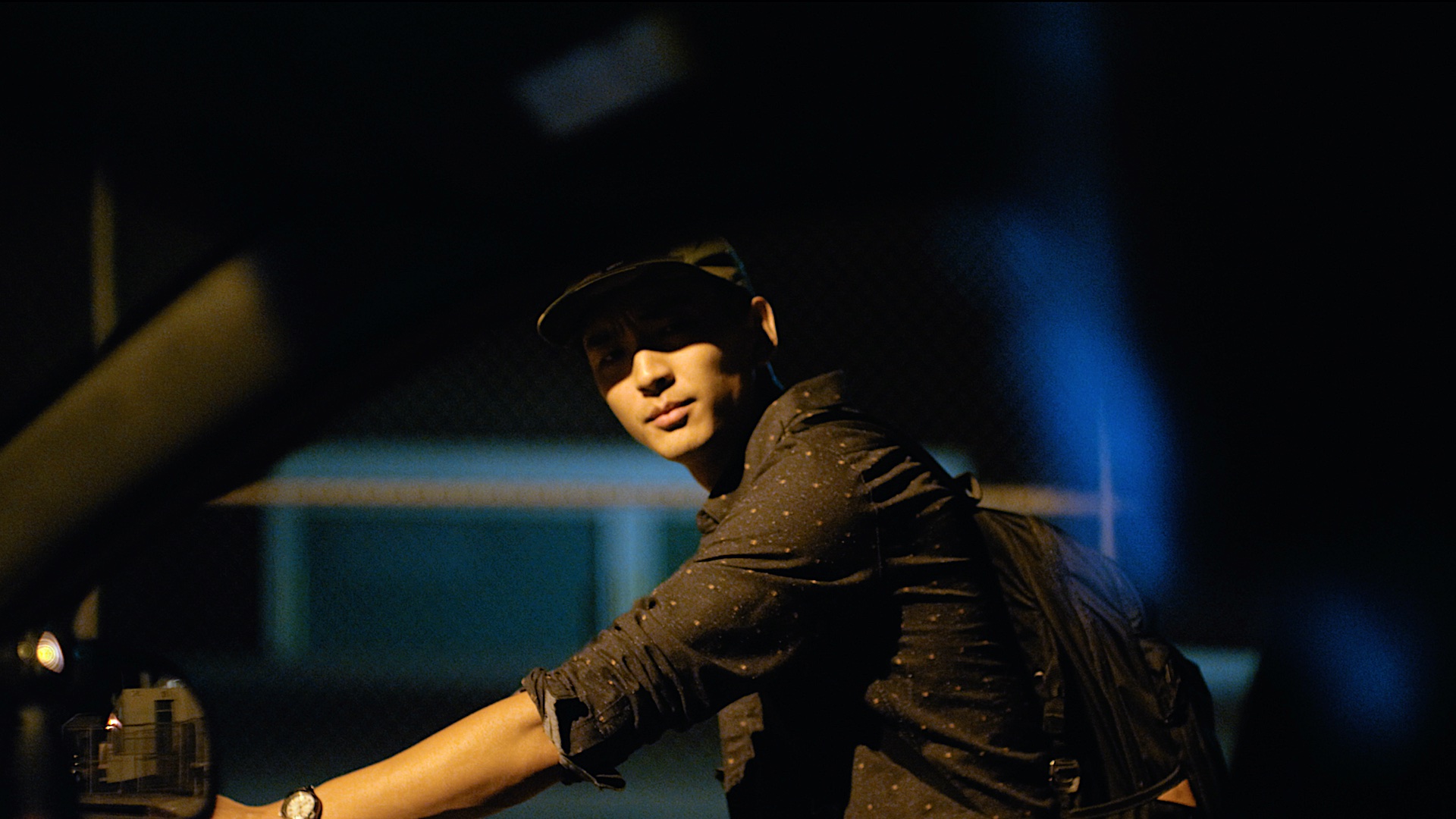 Dinh Thai’s short film, Monday, turned a bunch of heads on the festival circuit in 2017, winning prizes at a sequence of events connected to the television industry: HBO’s APA Visionaries first prize, NBC-Universal’s Short Film Festival, and at the New York Television Festival. Most of the films we feature take their cues from feature films—especially of the indie or art-house variety—but, with the television landscape having proven itself the more exciting and fertile ground for project development in recent years, it is interesting to think about what a TV-centric approach to short filmmaking would/could/should entail. Acknowledging that a short film is a stand-alone art form and doesn’t “need” to be adapted to a longer format or serve as a calling card, doesn’t change the fact that the motivations of short film creators are often such. So, if you’re a creator hoping to break into television, give Monday careful study—with its witty dialogue, artfully drawn characters, and flexible premise, it is one of the best examples of a “short-as-pilot” we’ve encountered.

Kwan (Kevin David Lin) is an Asian-American hustler in contemporary Los Angeles. You need something, Kwan can get it for you, whether that’s drugs or a spare laptop. His phone is always at the ready and is constantly blowing up, as he races around the notoriously car-centric city on his bike, moving from deal to deal.

Kwan is hyper-competent, but his criminal path subverts the stereotype of the model-minority academic achiever. So does the fact that Kwan is cool. As his clientele takes him through the various class and ethnic enclaves of the city, Kwan seamlessly shifts his presentation, “code-switching” for his next audience, giving as good as he gets when it comes to ethnic jokes and verbal ribbing. Thai, a Vietnamese immigrant who came to America at 7, specifically has fun with the fact that none of the characters can accurately identify Kwan’s ethnicity. Like another recent TV success story, High Maintenence, the structure of Kwan as a drug deliverer allows for the easy and quick entré of a host of characters that are interesting in their own right, from a Hispanic dealer he sometimes re-ups for, to an obnoxious white party boy. Drawing upon his personal experiences growing up, Thai uses the diversity of Los Angeles itself as a canvas to play upon, exploring the city’s inherent class tensions as well as paint in the spaces between stereotype and specificity via his dextrous wordplay.

Introducing these characters takes a while, so it’s fortunate that Thai imbues the film with a fast, peppy energy. While polished visually, it is also fairly simple, with DP Adriaan Kirchner working in a natural and minimalistic style, shooting with 2-cameras, and allowing for spontaneity on set. Very little time is wasted in scene setup, and the cadence of the edit in conjunction with the hi-speed delivery of the dialogue means these introductory scenes are both highly enjoyable but have zip to them. The overall structure of the film is that of an unspoken mystery—who is Kwan? Why is this talented figure embroiled in petty crime? Thai executes this reveal in a classical structure, but sprinkles side-plots and backstories throughout that would be fruitful to explore in a potential expansion, from the introduction of a beautiful, on-again, off-again romantic interest, to conflict between Kwan and his disapproving, police officer brother. All these avenues serve to paint a picture of Kwan as a reluctant criminal, someone wrestling with the implications of his sometimes glamorous, sometimes monotonous, but always dangerous, lifestyle.

The result is a film that ably inserts contemporary themes around diversity into a highly enjoyable crime-story format, raising thoughtful questions about racial identity but packaging them into a short that takes cues from classics ranging from Goodfellas to Beverly Hills Cop. It’s also the rare film that is equally satisfying as a self-contained story as it is a pilot, with a winning milieu and story breadcrumbs we’d be happy to follow in future installments. Kwan in particular is a fascinating cinematic creation, and Lin provides the character an inherent charisma that is hard to not be enamored by.

The inaugural HBO APA Visionaries competition in 2017 served as the impetus for the film’s creation. Off of a successful career in commercial production, Thai founded a production company, Art and State, alongside his friend Josh Falcon, and according to Thai, “We were in a very serendipitous moment in our lives. We had a production company with gear and insurance. We had money in the bank and time on our hands.” Monday was the result, and was a hit out of the gate, winning the HBO competition’s top prize and landing distribution on the platform. Off this success, Thai has been tapped for a series of Industry mentorship programs, including the Disney-ABC TV Directing Program, and NBCU’s Emerging Director Program. Thai tells us that he is currently co-writing an Asian-American pilot for a streamer, as well as developing Monday into a series.