As 14 year-olds Astrid and Issi’s summer vacation is coming to an end, Issi is on a mission: find a guy to hopefully lose her virginity to. During their last night, their friendship will get tested when they meet a couple of guys, and the night doesn’t go according to Issi’s plan.
READ REVIEW
Next Previous 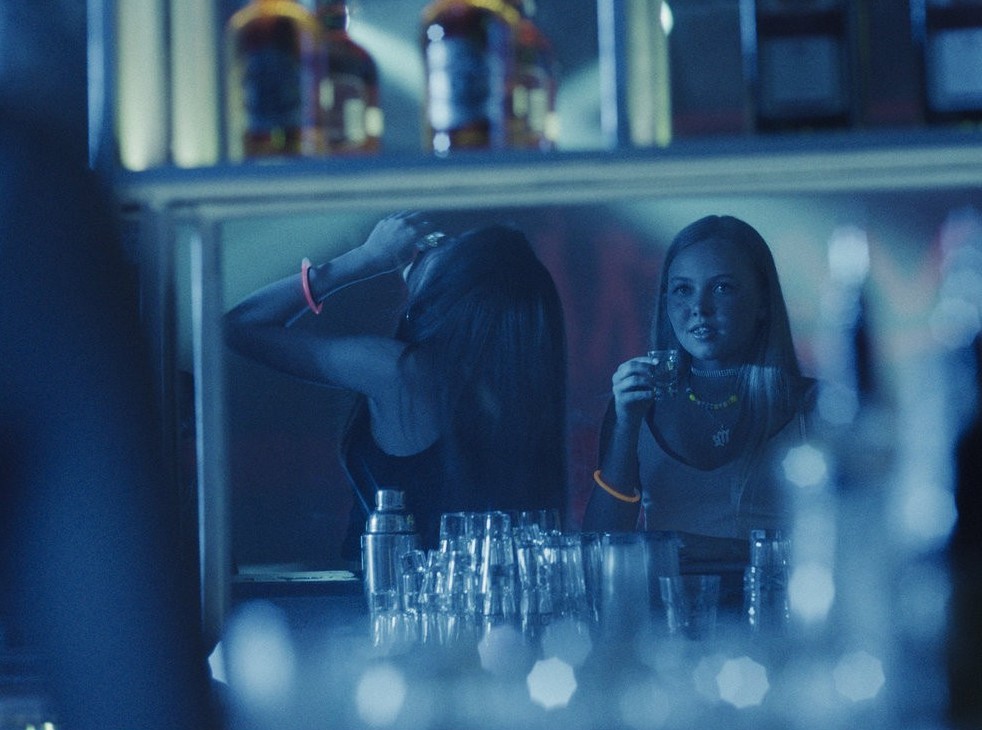 Remember those summer breaks? When if you were lucky enough to be able to go away and escape your regular life, for a short period of time you could reinvent yourself and experience new things – while drinking Smirnoff Ice. Thea Hvistendahl’s Virgins4Lyfe invites you on one of these trips, as we join Norwegians Astrid and Issi on the final night of their holiday. With Issi determined to lose her virginity at all costs, Hvistendahl’s multifaceted coming-of-age narrative explores the nefarious effects the pressure to experience “life” has on young girls.

To some degree, Issi’s story should be relatable to most women, so it comes as no surprise when Hvistendahl tells us that the inspiration comes from her own personal experience. There’s a feeling that’s typically associated with those teenage summers and the seemingly endless opportunities the end of classes might bring. Going away only reinforces that feeling, even adding to expectations and that’s where the foundation of Hvistendahl’s short originated. “I wanted to express the feeling of being young and in a place where no one knows you and how that enables you to live out the person you want to be, not what others expect you to be.” She explains when expanding on the significance of her own holidays in Southern Europe. 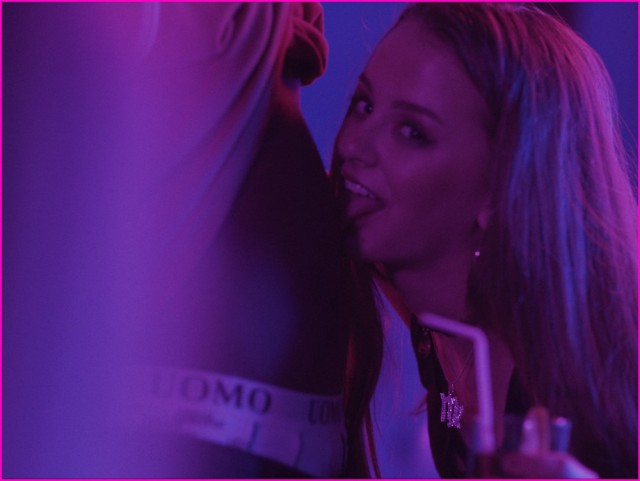 The pink border & color palette of the film work to recreate that seaside resort, party atmosphere.

Hvistendahl constructed, with DP Pål Ulvik Rokseth (who was also cinematographer on Lars Klevberg short Polaroid), a unique visual aesthetic that instantly gives the film its nostalgic atmosphere and that throwback was immediate for me. The colors – the frame with pink borders, same color used for the subtitles – perfectly recreates that summer night, seaside resort, party vibe, while also depicting the girls’ state of mind. Astrid and Issi are at that transitional age, best described by Britney song I’m not a girl, not yet a woman and these constant visual reminders in Virgins4Lyfe also work to echo that contrived femininity that they are both trying to exude, pretending to be older than they are.

Coming-of-age narratives are hardly original at this point, but Hvistendahl takes it to a deeper and more authentic level by having her main character Astrid go through two important life moments in one storyline. Firstly, she learns a little about the dynamics of friendships, as her relationship with Issi introduces her to the more bitter side of BFF’s, before her own chances of a much-desired sexual encounter are ruined. 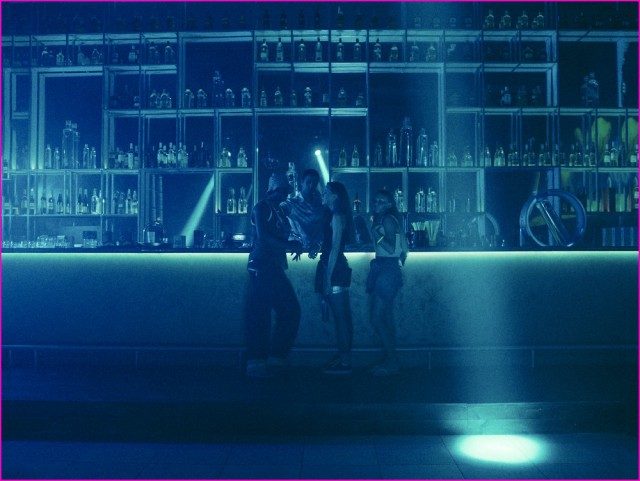 The desperate behavior of Issi (left) leads Astrid to reconsider the future of their friendship.

Issi is clearly the ringleader of their relationship. She establishes the rules and makes the decisions for Astrid, her side-kick, to follow. From a distance, very early on we see that she is not a good friend, the strength of her will to do “it” completely blinds her, but it is quite apparent that this is how their friendship works. Despite her friend’s selfish behaviour, Astrid’s night takes an exciting turn, when sparks fly between her and a shy young guy she meets in a club. The contrast between the pair’s behavior and body language authentically captures a night of self-realization for Astrid and leads to a clearer understanding of their friendship.

Portraying her levels of self-involvement and jealousy with a chilling authenticity, Marion Isabell Stærfelt perfectly embodies the character of Issi – who I won’t use a derogatory term to qualify. However, it is Idun Aasheim Mykland who allows the screenplay’s layers to slowly reveal themselves, one after the other, with her compelling and deeply touching performance as Astrid. Navigating her character’s night extremely convincingly, the double disappointment she experiences is all the more heartbreaking given the context, but it is in the last scene that her performance really shines. When Astrid finally sees Issi for who she truly is and makes a choice, it’s a blast of reality for her and an impactful ending for us.

Virgins4Lyfe hit the 2018/2019 festival circuit with notable selections at SXSW and MIFF. Since completing this film, Hvistendahl has directed another couple of shorts – Satans Barn (Children of Satan) and Cramps – and is currently in the pre-production stage of her debut narrative feature Handling the Undead, a horror film based on the book written by John Ajvide Lindqvist (Let the Right One In).