Sara, an overweight teenager, is bullied at the local pool in front of an unknown man. When her clothes are stolen, she must get home wearing nothing but her bikini.
READ REVIEW
Next Previous 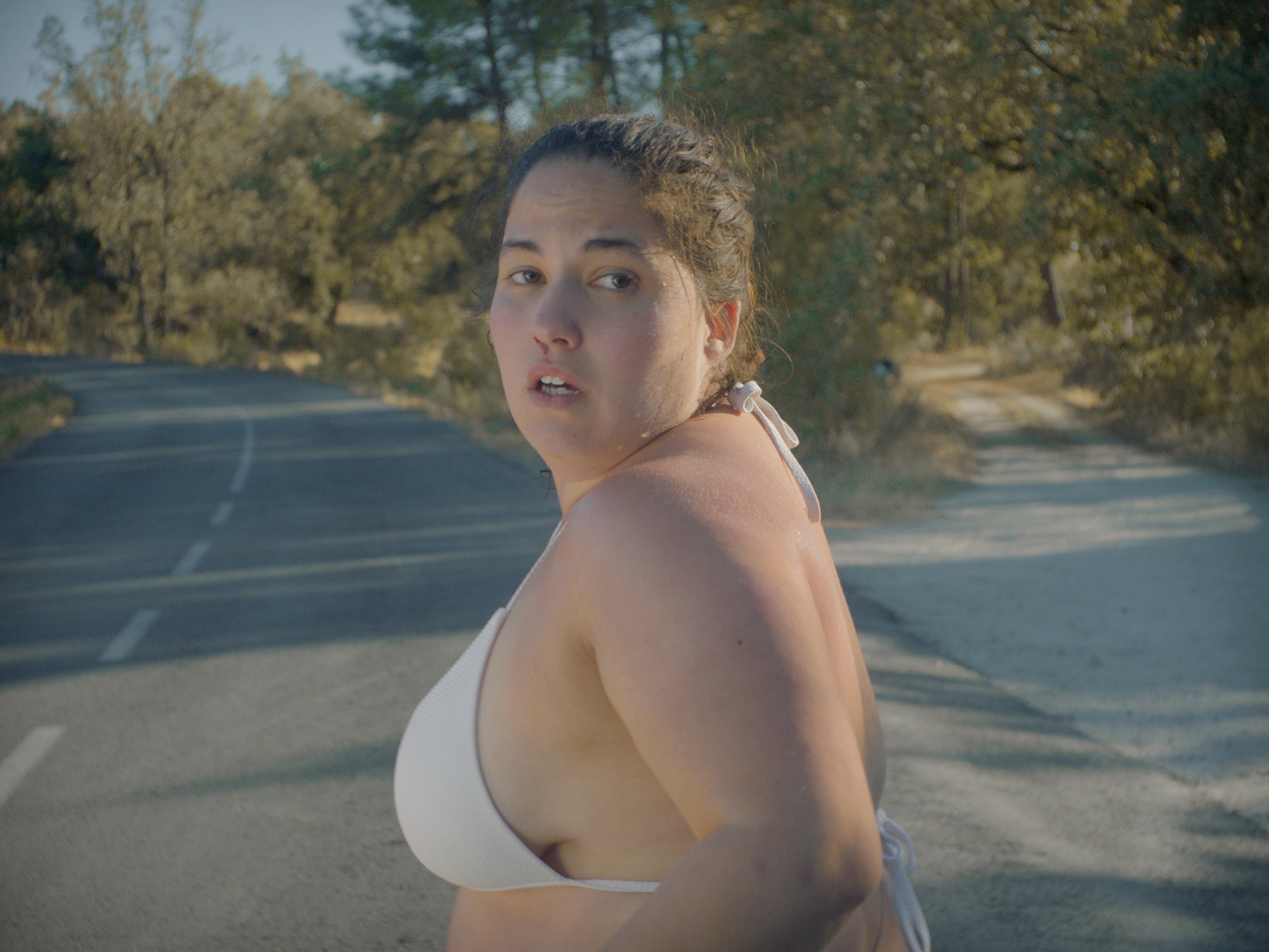 Social pressures placed on young women to look a certain way is nothing new, yet Spanish writer and director Carlota Pereda’s Goya-winning short film, Cerdita, will certainly surprise you. While not exactly a horror film in the traditional sense, Cerdita is a twisted tale that explores the consequences of body shaming that ingeniously subverts expectations for a positively titillating ending for those horror buffs out there.

When three girls ruthlessly harass an overweight teen named Sara, whom they nickname “cerdita” (“piggy”in Spanish), Pereda shows us first-hand what cruelty can do to a person’s psyche. Sara, played by Laura Galán, gives an impressive performance, emoting her internal crises through little dialogue as she has to face the unthinkable all alone. When the group of mean teenage girls steal her clothes and belongings leaving her to walk home in just her bikini, the gravity of her trauma is truly horrific. So caught up in Piggy’s world, you’ll almost surely forget that Pereda set the film up to be a much different horror narrative from the moment Sara jumps into the pool.

Pereda creates a horror within a horror, employing an almost disguise-like technique to how she introduces us to the main antagonist of the film. The seamless way she builds an unexpected villain into an unlikely hero just beyond the story’s periphery is one that is both unsettling and impressive. Encouraging us all to sympathize with a killer, let alone someone we’ll internally high-five, is a feat in and of itself! Surely, those kids deserved it didn’t they? I, for one, thought so.

Tonally, Cerdita feels like a coming-of-age film in that it uses a traditional soft palette of the genre, and yet, it turns a horrifying situation into a true work of horror fiction. Harking on themes of body horror, Pereda provides a deeply moving commentary on just how wrong it is to body shame someone. As Sara is practically paraded down a dirt road in nothing but her bikini, she’s confronted by cat-calling men. Galán’s performance and the situation she’s placed in, makes the use of overused horror tropes unnecessary so that when Pereda finally does employ those tools, it’s quite impactful.

There are many reasons to love the horror genre and in the case of Cerdita, it’s for its ability to provide commentary on a very real social issue in a nightmarish way. Pereda is a television veteran, acting as screenwriter, script supervisor, and director for various series. However, Cerdita is impressively only her second short film and played at Oaxaca Film Festival, Austin Film Festival, Busca Film Festival, Shriekfest, and GenreBlast among others.