When a ghost loses its memory after being struck by lightning, Arthur tries to help it find its purpose
READ REVIEW
Next Previous 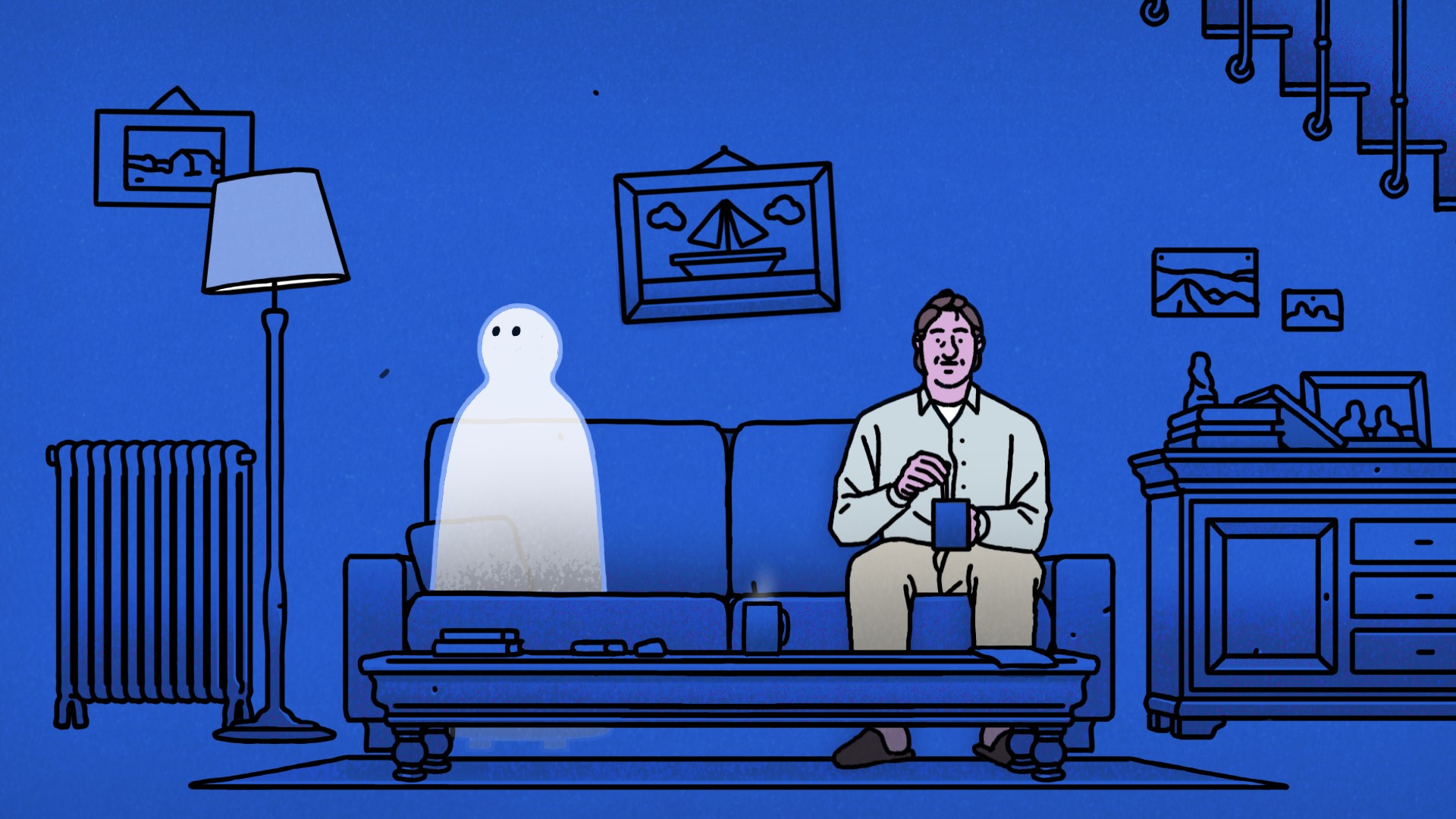 While Halloween for many us signals a spooky time where we do our best to frighten the life out of each other, In Mexico and other Latin American countries this is a time for Día de los Muertos (the Day of the Dead) – a celebration designed to honour deceased relatives and loved ones. Providing a timely reminder that not all ghost stories are designed to scare, Gobelins, L’École de L’Image grad film Mon Ami qui Brille Dans la Nuit (My friend who shines in the night) makes for a novel selection in our themed programming leading up to Halloween.

The story of a ghost who rises from its grave and embarks on an ethereal voyage to an unknown destination, only to find (what we assume is) its final journey interrupted when it’s struck by lightning and plummets back down to Earth. Lost, alone and with no previous memories (not even that it is dead!), friendly maintenance worker Arthur takes the confused spirit into his home and provides it with shelter (do ghosts even need shelter?), company and a helping hand in its quest for answers.

Despite opening with a shot of a graveyard, a familiar location for Horror films, Mon Ami qui Brille Dans la Nuit lets you know early in proceedings that this isn’t a film made for shocks – although it will hopefully surprise you, just not in a hide behind a cushion sort of way. A sweet tale orbiting around friendship and the kindness of strangers, this impressive student films is more likely to have you crying tears of joy than screaming in terror. “We wanted to tell a story which mixed a children’s narrative with a more realistic relationship between people”, the directors explain. 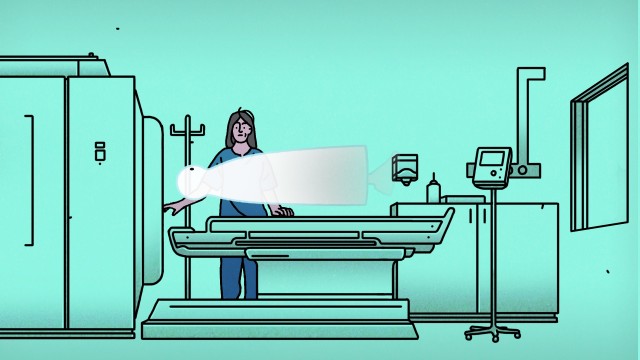 Featuring a surprisingly mature, emotionally rich storyline, Mon Ami qui Brille Dans la Nuit backs-up its impressive narrative with an equally arresting aesthetic. The cartoonish characters (the ghost is depicted as a floating figure under a sheet) provide an interesting contrast to the existential tale they find themselves in, while the backgrounds add authenticity with their detail and an otherworldly feel through their colour choice.

Mon Ami qui Brille Dans la Nuit is the second film we’ve chosen to feature on S/W from this year’s batch of releases from French animation school Gobelins, after T’as vendu mes Rollers? (You Sold My Rollerskates?). While the first film we featured was my colleague Jason’s “favorite of the school’s 2020 output”, this one is undoubtedly mine. Initially drawing my eye as an unusual Halloween pick for the site, it quickly won me over with its narrative depth and slick visuals. I’ve now watched it four times and like it more with every viewing.