Abandoning Earth in the hope of finding a new habitable planet, a human is trapped in his own ship after the robot overseer finds every single candidate planet unsuitable.
READ REVIEW
Next Previous 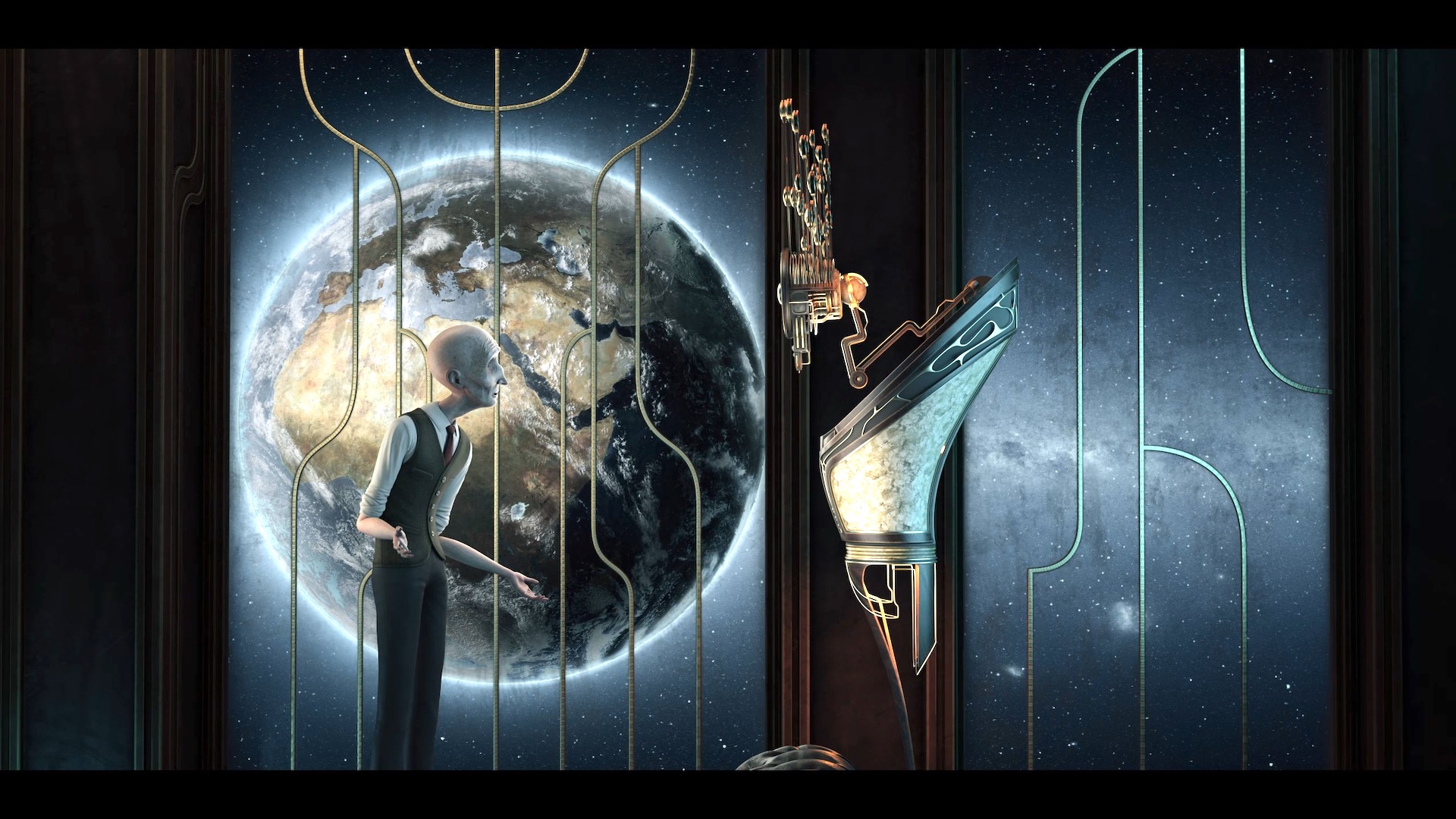 Sci-fi shorts are typically glossy exercises in world-building or smart snippets of speculative storytelling. Both poles are popular and both are capable of being recommended on this site should they excel in their respective aims. But, a sci-fi short that combines brains and beauty? That’s something special indeed, and I think we’ve got a delightful example of that for you today.

Avarya is a massively ambitious 20min short from Turkish 3D-artist Gökalp Gönen that marries brain-bending appeal to luscious CG animated visuals. The plot provides the thoughtful, but twisty pleasures of a great “Twilight Zone” episode, and while that makes it a somewhat sedate affair where large stretches of its runtime are dialogue-fueled scenes between two characters in a single location, Gönen’s art is more than up to the task of providing the “wow-factor” that dedicated sci-fi junkies crave.

An aging man sits alone in a splendid spacecraft. He has, long ago, abandoned Earth to an undisclosed fate in order to become a pioneer of a new world and establish a new future for humanity. Every comfort has been provided him by the ship’s robotic overseer who executes the search for a new planet. Spending much of the journey in deep sleep, he is periodically awoken to weigh in on the suitability of each new candidate. However, in his quest for immortality, he has ceded too much power—transforming his arrogant quest into tedious imprisonment within a gilded cage. 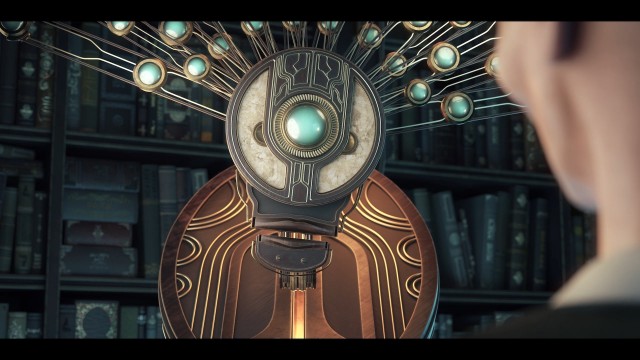 Inspired by Asimov’s classic book, I, Robot, where the titan of sci-fi laid out his famous 3 laws of robotics, Gönen was excited to reflect on the moral problems created by thinking mechanisms that are too complex to be distinguished from the human mind. Audiences will more quickly be reminded of another entry in the sci-fi canon though, as the character of the robotic overseer shares thematic similarities to HAL 9000 of 2001: A Space Odyssey—the cold logic of its programming overwhelming the human desires that birthed it.

Indeed, without giving too much away, this divide between robot and human is repeatedly blurred within the story in thoughtful ways. The man initially creates a system to aid his quest, and yet finds himself beholden to it, no less a component of a repeating function than any other. It is a tragedy, but one driven by the impudence of his aims—for immortality, for his eagerness to abandon Earth in pursuit of a perfect paradise. Driven by the interaction of robotic thinking and human desire Gönen has created a parable for the self-destructive nature of human aspiration.

Themes aside, Gönen’s visual conception of the spaceship is astonishing, with a rather unnecessary, but absolutely glorious dedication to environmental design. The setting of the ship is a recreation of the man’s home down the smallest atomic detail, and the sweep is fantastic, from the leather grain of his couch, to the dust motes of his expansive library. Furthermore, the interaction of this familiar-looking space with the mechanics of the ship itself is awe-inspiring, particularly when the ship travels, inducing the kind of large-scale thrills that only sci-fi can provide. In watching, it is clear that the execution of the film was no small endeavor, made possible via funding from the Turkish Ministry of Culture which enabled Gönen to assemble a small team for the project which was produced over 2 years of exhausting effort.

Upon completion, the film toured film festivals, picking up Best Short at the team’s native Istanbul Film Festival, as well as spots in well-regarded programs such as Short Shorts Asia. We’re pleased to host the film’s online debut today! As for Gönen’s next steps, he tells us that he has completed a followup short film, Lal, which is set to premiere at the Oldenburg Film Festival soon.