A millennial is looking for her magic 8-ball inside her unconsciousness.
READ REVIEW
Next Previous 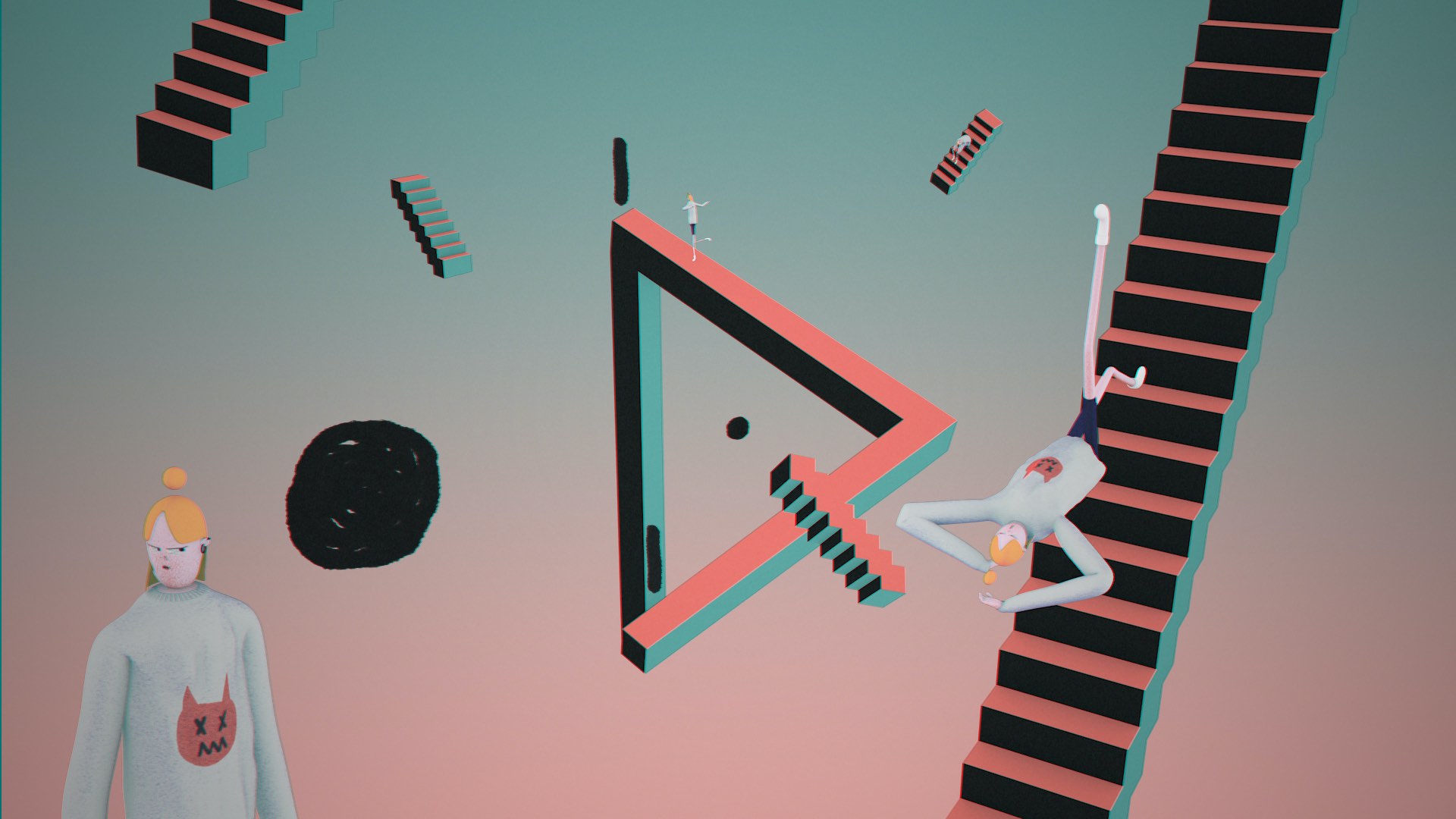 Opening with a quote from Carl Jung, quickly followed by a shot of a screaming man (reminiscent of Munch’s infamous painting) on an oddly coloured street, the initial 15-seconds of Zohar Dvir’s Royal College of Art grad film Mercury’s Retrograde instantly sets the scene on the surreal experience set to follow. The following six-minutes certainly live up to the strange start, as Dvir takes her audience on a trippy journey through the unconscious mind, hoping to spark a little self-reflection from all who enter.

“Mercury’s Retrograde is an inner dialogue about seeking answers”

A recent winner of the ‘Student Award’ at the 2020 Encounters Film Festival, Mercury’s Retrograde follows a young millennial and how her overreliance on her magic 8-ball leads her to delve into her unconsciousness. Travelling through Escheresque landscapes and encountering a collection of odd characters, including a fish-headed soldier and a giant baby, will our young protagonist’s quest for her future predicting keepsake lead her to a little spiritual enlightenment? 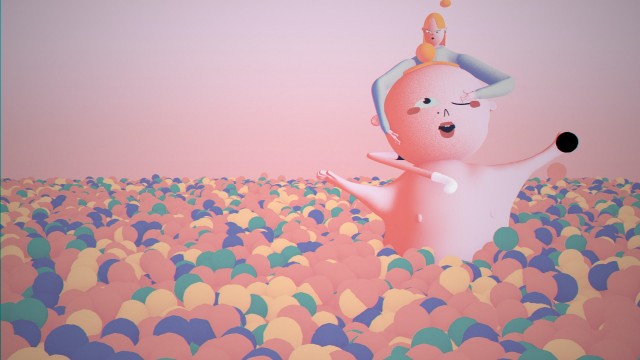 In search of her magic 8-ball, Dvir’s millennial protagonist enters a world full of bizarre characters (including this giant baby)

Described by Dvir as “an inner dialogue about seeking answers, presented in a comic and lighthearted way”, Mercury’s Retrograde might initially feel like a fun fantasy exploring some contemporary themes but dig deeper and it’s concealing a tragic truth about a whole generation.

“We got to the point that we can’t make any decisions, and we don’t trust ourselves anymore”

“We are lost, detached, and we have replaced our intuition and inner truth with external sources that give us sense and order”, Dvir explains as we discuss her motivations for tackling these subjects in her final student film. “Tarot readings, psychics, acupuncture, rituals – there are so many places we can go to when we seek answers. We got to the point that we can’t make any decisions, and we don’t trust ourselves anymore”. 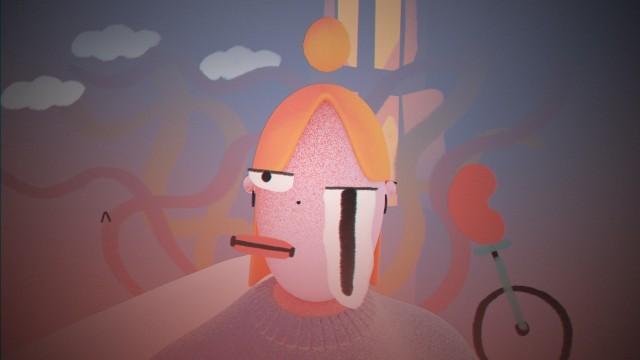 In using multiple pieces of software to make her film Dvir created a “distinctive look that I love!”

Despite exploring some ambitious themes, Mercury’s Retrograde is equally as noteworthy for its distinct style. Created using Cinema 4D, Photoshop, Premiere and After Effects, Dvir’s off-kilter aesthetic not only heightens the bizarre comedic tone of her film, but also means she has created a short with visuals as attention-grabbing as her unusual narrative.

“A surreal and fantastic aesthetic that matches my initial artistic intention”

“Jumping between all the different software makes the process a bit complex but it creates a distinctive look that I love!”, Dvir explains as we explore her creative process. “The structured nature of the 3D models combined with the freedom and warmth of the 2D animation results in a surreal and fantastic aesthetic that matches my initial artistic intention”.

Since creating Mercury’s Retrograde, Dvir has already begun development on a couple of new projects; a second part to her Intergalactic Love Story series and a computer game combining metaphysics and music. Despite having these works in progress, she also admits to being “open for suggestions”.