Chinese high schoolers Wendy and Mei-Ling came to the US for the same reasons... but that doesn't mean they'll get along. Inspired by a true story.
READ REVIEW
Next Previous 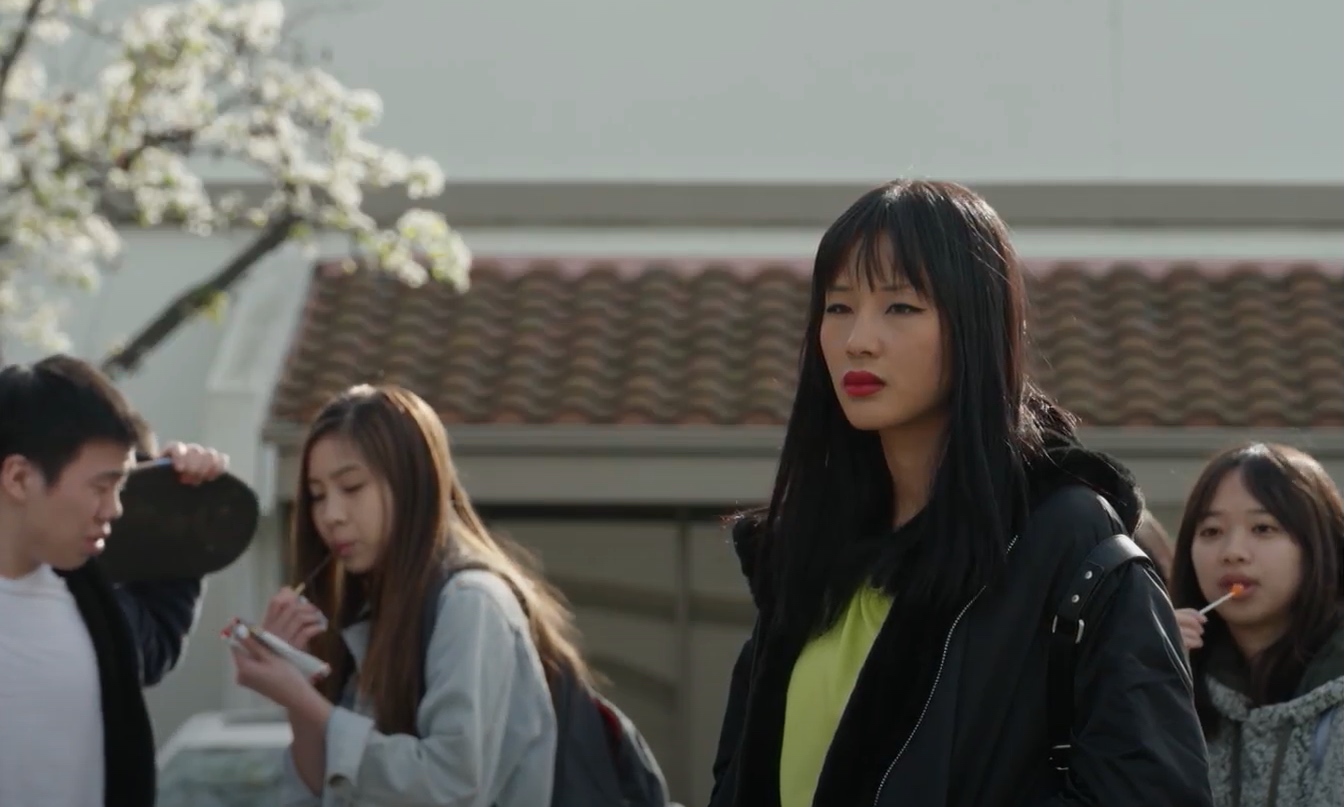 As a teenager, feeling misunderstood and disillusioned is an expected state-of-mind, but consider how amplified these emotions must feel if your parents have chosen to send you to another country, far from home, for your education. In Parachute, writer/director (and producer) Katherine Tolentino explores the emotional trauma that these “parachute kids” carry in her emotionally-complex, layered narrative.

Centred around Wendy, a Chinese teenager who has been living in the US for three years, Tolentino’s 14-minute short examines how the arrival of Mei-Ling, a new student from her homeland, forces its wayward protagonist to confront her own choices. Inspired by a real-life news story about “parachute kids”, who ended-up incarcerated in the US prison system after being sent to live in LA, it was the emotional depth of the situation that led her to pen the screenplay.

“These kids, who came to the US to pursue a better education, ended up losing their way and developing toxic behaviors”, Tolentino explains. “They made headlines for brutally torturing one of their classmates, and now they’re all serving time in LA. Though shocking, I think the event speaks to the emotional trauma that young people face as a result of solo migration, especially when impacted by a broken educational system & a lack of emotional support”.

For a coming-of-age story with such a specific context, Parachute has a multitude of facets that makes the film relatable. Teenage angst, jealousy, rebellion, rivalry… Yes, Parachute has the usual tropes from the genre, but it is what Tolentino does with them, in addition to the cultural undertones present throughout the film, that makes this a standout short. Sporting a conventional yet effective structure, there is much more than meets the eye to Parachute, with that aforementioned layered storytelling, meaning the film is subtly thought-provoking. 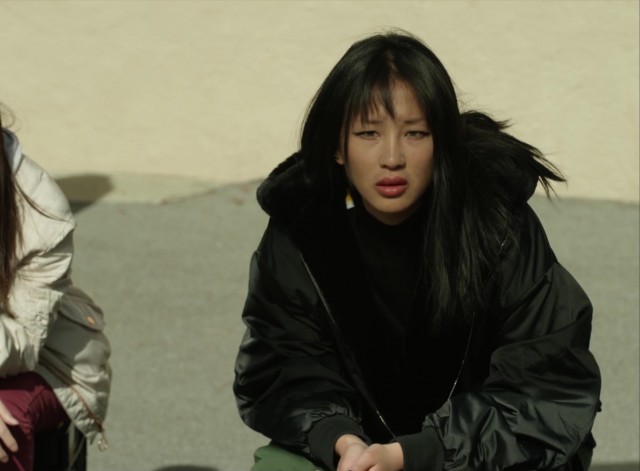 After three years of living in America on her own, Chinese teenager Wendy Zhang (Nicky Zou) is struggling.

While Parachute’s exposition allows us to quickly understand Wendy and her situation – which will seem unusual for most of us (well, for me at least – I knew nothing about the existence of those parachute kids before the film) – once the credits roll, the audience is left pondering about her predicament and what led to the events of the last scene, which adds an abrupt ending to the story. The combination of both makes it easy for the audience to empathize with Wendy and her circumstances, whilst also being shocked and surprised by her actions.

Mei-Ling is introduced to Wendy’s world with just the right amount of cheerfulness, providing a perfect contrast to the more negative energy emanating from Parachute’s lead character, without ever pinning them against one another, as direct rivals. The tension then slowly builds, but only ever feels one-sided, as the dynamic between the two girls is more complicated than a simple teenage rivalry. Instead of portraying one girl against the other, it is the juxtaposition of their lives that drives the film. Mei-Ling is still hopeful, with a strong drive to achieve her goals and parents who actually listen to her concerns. While Wendy is simply over it, let down by the system, she has given up and just drifts through life, not helped by the fact that her mother won’t even listen to her.

“In making this film, I wanted to understand and humanize her experience”

The two girls, side by side, could almost be a meme “expectations vs reality”. The moment when Wendy’s friends tell her that Mei-Ling reminds them of her three years ago, we’re instantly forced to confront the emotional baggage she carries around. Suddenly every single aspect of her character gets a deeper meaning and we now understand that the growing anger inside her is rooted deeper than we initially expected. With that in mind, the end almost becomes inevitable. There is a clear right and wrong here, but by dissecting the succession of events that lead to it Tolentino succeeds at making you stop and question Wendy’s actions. You can’t justify them, but you can see the path that led her there.

“Wendy, the main character of this film, is living her teenage years totally alone and adrift in a foreign country”, Tolentino explains, discussing her aims for Parachute. “Even though she’s not perfect, her journey resonates with me. In making this film, I wanted to understand and humanize her experience”.

Ahead of its online premiere, Parachute had a strong run on the festival circuit, with notable stops at Palm Springs and the Hamptons, where it won the University Short Film Award. Tolentino is currently developing a feature script currently titled One Summer on Fire.