A man must decide whether to intervene and stop a casual commuting rule breaker, or live with a lifetime of regret. A comedy about a passive man with an overactive imagination.
READ REVIEW
Next Previous 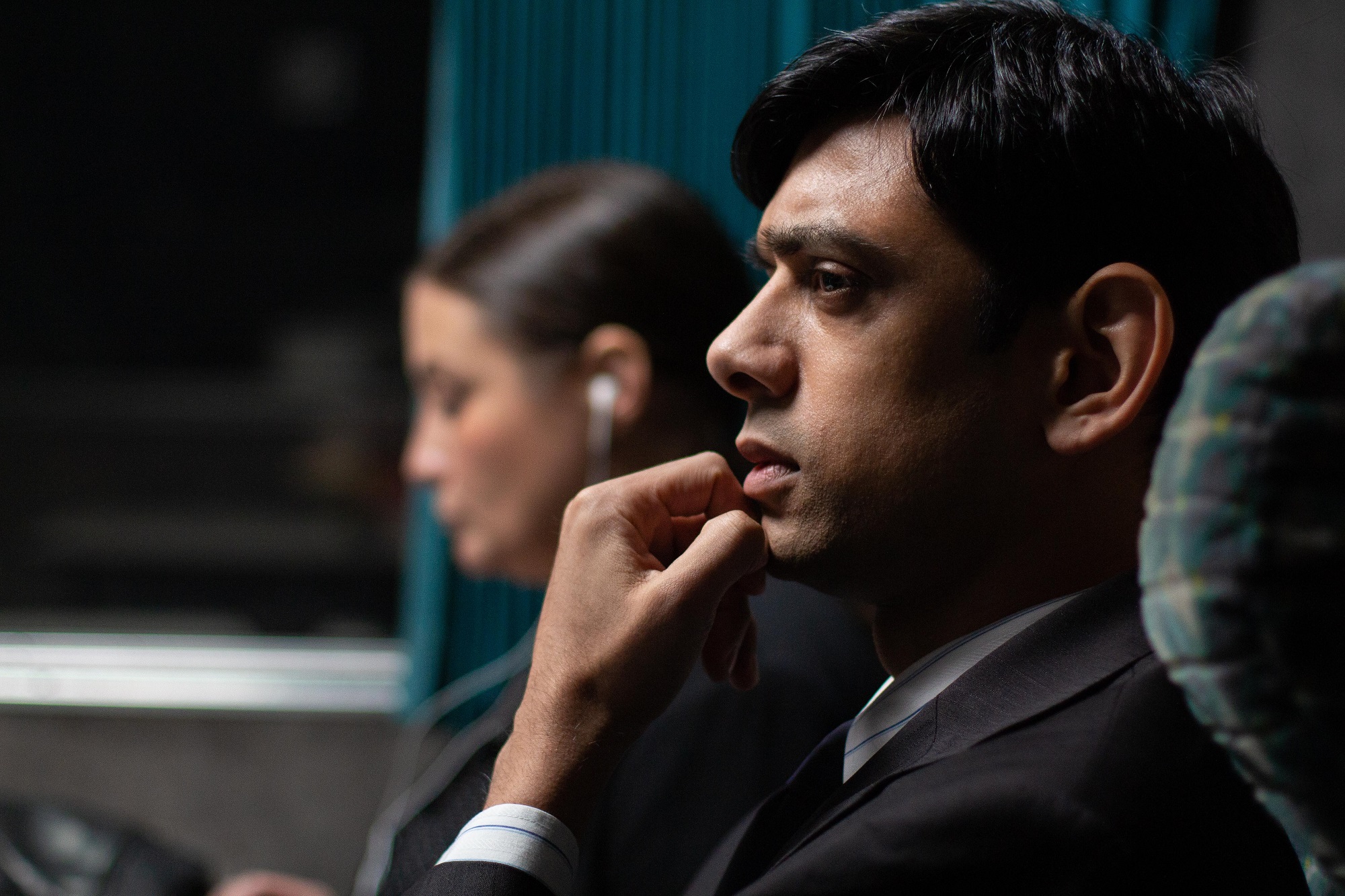 In writer/director Ben S. Hyland’s sharp comedy Quiet Carriage, we follow commuter Derek’s internal struggle as he tries to decide whether to intervene when an extremely annoying woman starts speaking on the phone in the quiet section of a train. An instantly relatable scenario, this five-minute film immerses its audience in its frustrated protagonist’s headspace and poses the question – what would you do in the same situation? Stay passive while boiling up inside or speak up?

“I’m sure we have all been in that situation, frustrated and unsure of what action to take”

The inspiration behind Quiet Carriage will come as no surprise. Writer/Director Hyland experienced the same inconvenience he forces on his main character, followed by that familiar frustration of not knowing what to do. “Ben was on a train journey with a person similar to Emma Sidi’s character Misha”, producer Adam Gregory Smith explains. “I’m sure we have all been in that situation, frustrated and unsure of what action to take. Ben just made Derek (Amit Shah) go there!” 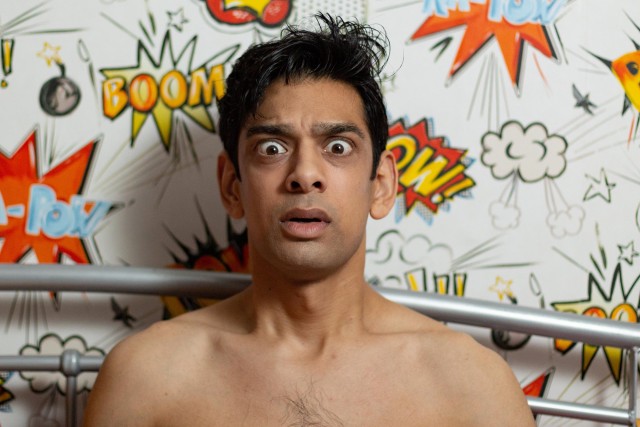 Basing his film on such a mundane event instantly makes the film extremely relatable, but what deepens the audience’s engagement is that it is rarely something we experience alone. When someone is super loud on public transportation, more than one person usually notices and the shared eye contact between strangers helps validate your annoyance. So not only should we all understand and empathise with Derek’s predicament (unless you’re that person talking loudly on your phone?), it is almost as if we’re on the train with him, urging him on, willing him to do the one thing we all wish we could do in this situation!

The short’s sharp screenplay is expertly brought to life by the perfectly-exaggerated performances of its two lead actors – Amit Shah and Emma Sidi. As the increasingly infuriated traveller, Shah portrays the escalation of the situation through his physical performance (though we hear his narration, he doesn’t actually utter a word on-screen until we’re past the halfway point), his body echoing the mix of nonchalance and growing frustration bouncing around his mind. 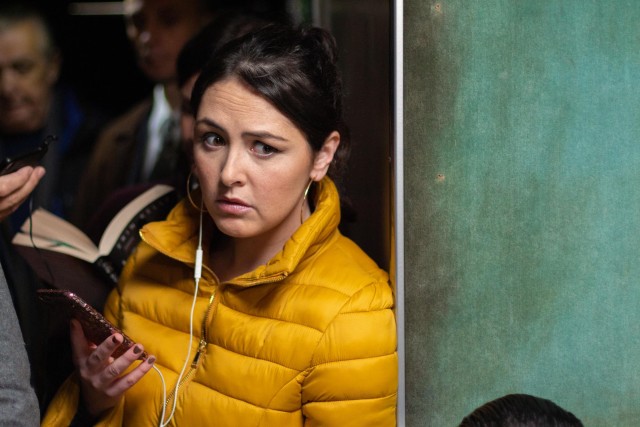 Emma Sidi (and that yellow jacket) as Misha in Quiet Carriage.

Sidi on the other hand remains on that fine line of pushing it, without ever doing too much. Her detachment throughout is hilarious and contributes largely to the success of the film, to not credit her performance would be – dare I say it? – “disrespectful”. I especially want to give a shout out to the yellow coat Sidi wears, it contributed so much to my appreciation and enjoyment of the film.

Hyland takes the initial fun premise of Quiet Carriage and pushes it to the next level by subverting the audience’s expectations and rapidly escalating the predicament in a witty and delightful way. Magnified by the comedic timing of the editing, the short keeps us on our toes throughout, before neatly wrapping up with one last joke, sending its audience off on the perfect note.

Fresh off its festival run, with notable stops at Aspen ShortsFest and Encounters, we are happy to host Quiet Carriage’s online debut on S/W. Hyland is teaming up again with Quiet Carriage producer Adam Gregory Smith on his latest short film Talk Radio (currently on the festival circuit), while also working on a series of short comedy sketches and a TV show called Sex After Marriage.