Hedi is experiencing strange things. While her granddaughter is visiting, she suddenly embarks on a hiking journey, to the deepest parts of the Alps, revealing the reason for her devoted attachment to her hiking shoes.
READ REVIEW
Next Previous 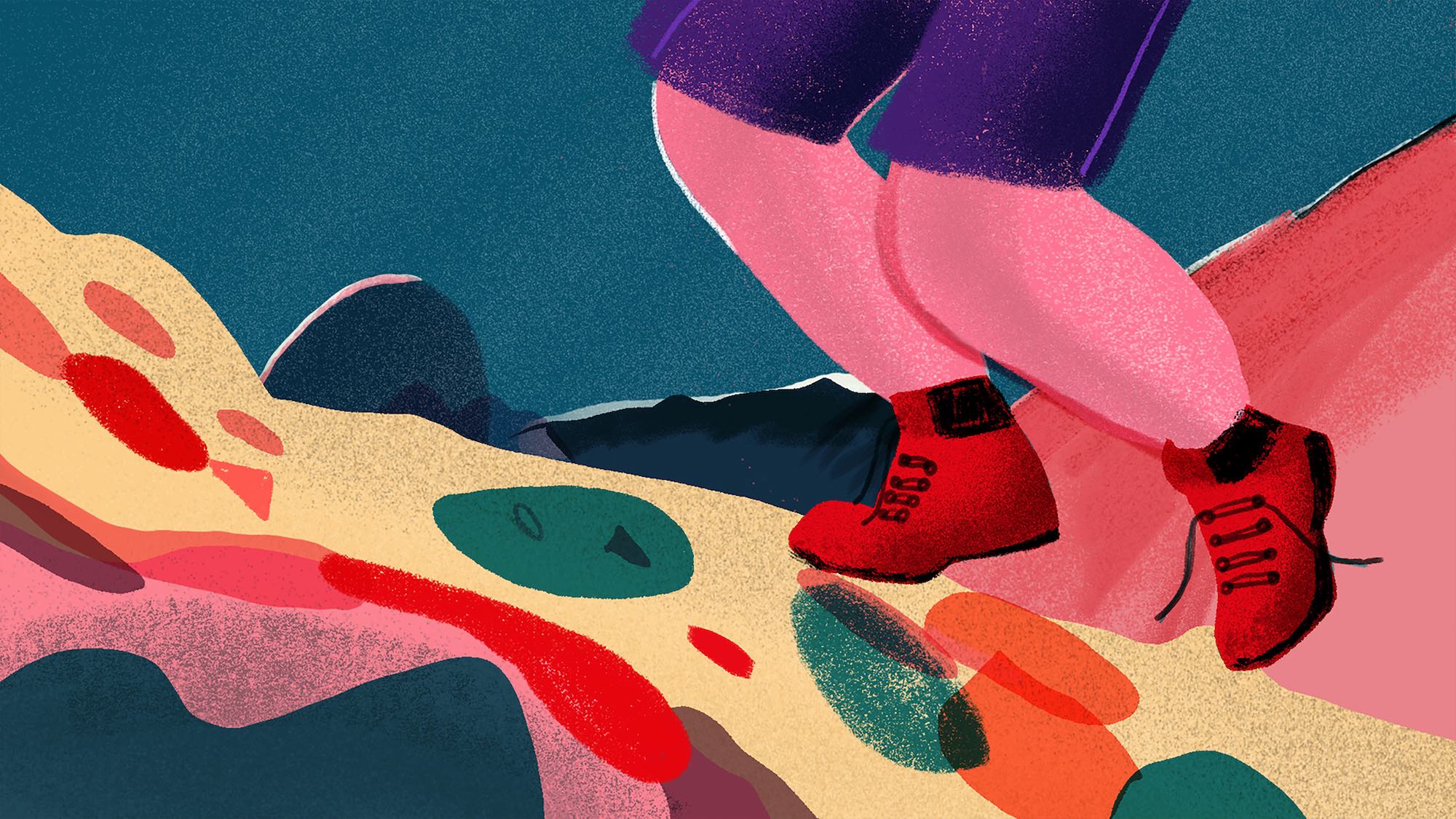 Inspired by her grandmother’s old, worn-out hiking shoes, Kathrin Steinbacher’s Bafta-nominated short In Her Boots explores the subject of dementia and the preconceptions people have concerning it. Full of warmth and humour, this six-minute animated short hopes to show that despite the onset of the syndrome, a person can still feel like an active member of society.

“The hiking shoes represent something fundamental about her”

The story of a granddaughter visiting her grandmother Hedi, the film chronicles their interactions as they dance, eat and discuss those titular hiking boots. As the narrative unravels and we become more submerged in Hedi’s mental state, we start to understand the fragility of her mind, but also the strength of her character and along with it, we begin to understand her attachment to her fatigued footwear.

“The hiking shoes represent something fundamental about her”, Steinbacher explains as we discuss the importance of the shoes in her story, “they represent her strength, her independence and her ability to maintain her autonomy despite her old age”. This element of her story came from real-life.

Growing up in a very little village in Austria, her real-life grandmother owned a pair of hiking boots that she refused to dispose of, despite having seen better days. People in her hometown didn’t seem to realise why she kept wearing them, but Steinbacher could see the emotional connection to them and this understanding was vital in helping her form the story of In Her Boots. 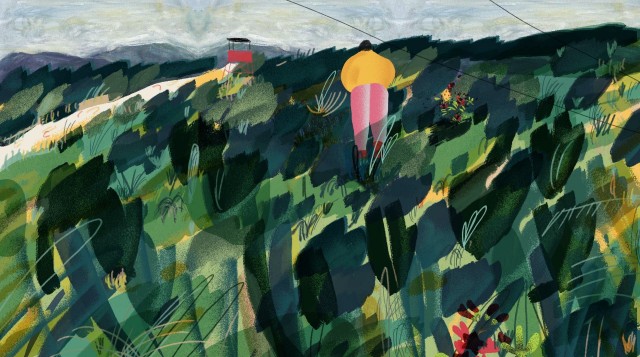 The personal angle coursing through the storytelling is perfectly accentuated through the production, with the genuine feel of the dialogue really adding to the authenticity of the film. Visually, it’s a fascinating piece as well, with Steinbacher admitting that she thinks that the visual style is a key element in evoking engagement from an audience.

“I think lines and textures can serve as metaphors and believe that textures and lines help us to evoke our emotional systems”, she explains. “If for example, the scene deals with very rough emotions I like to use rough textures and lines.

An immersive piece, In Her Boots had a strong festival run, screening worldwide and received nominations for that aforementioned British Short Animation BAFTA and the Best Post Graduate Film at the 2020 British Animation Awards (the prize was eventually won by fellow S/W pick Music and Clowns).

Using her time throughout the COVID-19 outbreak to work on large-scale collaborative project Flatten the Curve, with animation partner Emily Downe (who along with Steinbacher forms Studio Desk), the pair are now working on an animated documentary about women in animation.