In the midst of a scorching heatwave in Greece, two little children find a way to cool everyone down
READ REVIEW
Next Previous 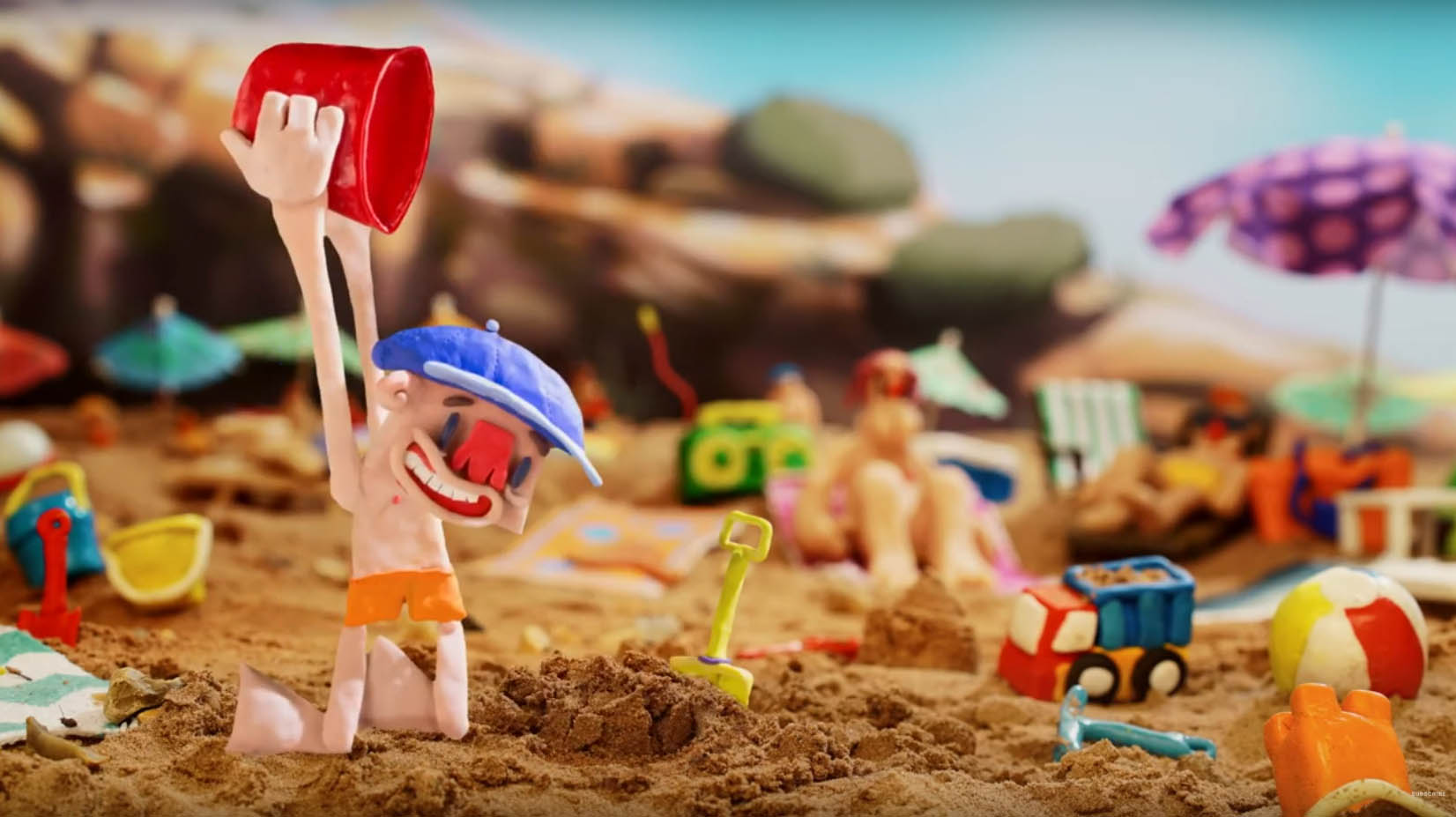 When I first saw Heatwave over a year ago, I never thought that such a fun-filled short would one day bring tears to my eyes. But with the last specks of hope for a summer beach holiday being cruelly washed away by an altogether different kind of wave, it has very nearly done just that. Created by Fokion Xenos, while studying at the National Film & Television School, this seven-minute award-winning (it won the prestigious Mclaren Award for Best New Animation at the Edinburgh International Film Festival and a Royal Television Society award for Best Student Animation) stop-motion offers an irresistible package of humour, charm and technical wizardry and warms the heart by bringing its audience a ray of sunshine, at a time when we need it most.

Using oven-baked clay puppets, the short captures a snapshot of a day on a beautiful Greek island during a heatwave. From sizzling flesh to scorching sand, melting ice creams and collapsing sandcastles, the comedic opportunities are countless and Xenos has taken full advantage and delivered first class visual humour. Every scene and every frame in Heatwave has been crafted with flair and care, and the result is a cheeky tribute that delights children and adults alike.

“Heatwave is essentially an ode to the Greek summer of my childhood and every summer since”, the director explains as he reminisces on the inspiration behind his short. “I find there is a tendency to make dark and pessimistic films these days, especially if you are a student. Heatwave however, is a film about being grateful and brave. Starting the project I knew I wanted to pay homage to the summer of my childhood and the playfulness that I still find lingering in this season”.

The fact that this was a project close to Xenos’ heart is obvious, and it’s ultimately what makes Heatwave such a crowd-pleaser. It’s the kind of personal connection to your work, which allows you to poke fun at it, but always with love, respect and a pinch of nostalgia. Having spent many hot summers on the beach when I was growing up, Heatwave brought some long-forgotten memories flooding back – the unsightly flesh on display, the screaming children, the sand that sticks to your bits and the self-inflicted torture that is sunbathing – and has given me renewed appreciation for those blissful days and a deep longing to experience them again. 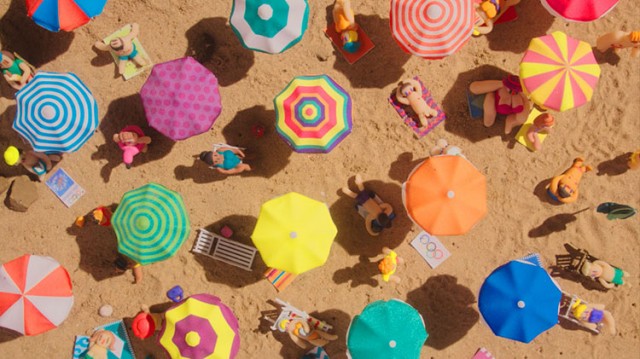 One of the many great beach shots in Heatwave

“A beach can be the microcosmos of a society I guess, and it is easier to observe how similarly we behave when we are all exposed under the sun in our swimsuits. I find something humane and funny about that” – Xenos summed it up perfectly.

After a summer spent mainly indoors, with autumn rearing its miserable head and the possibility of a second lockdown on the horizon, Heatwave delivers exactly what we need – a scrumptious slice of pure happiness and warmth, to help us through the upcoming months.