Feuding couple Jamie and Millie are brought back together with the help of their AI home-assistant Ada and a musical extravaganza.
READ REVIEW
Next Previous 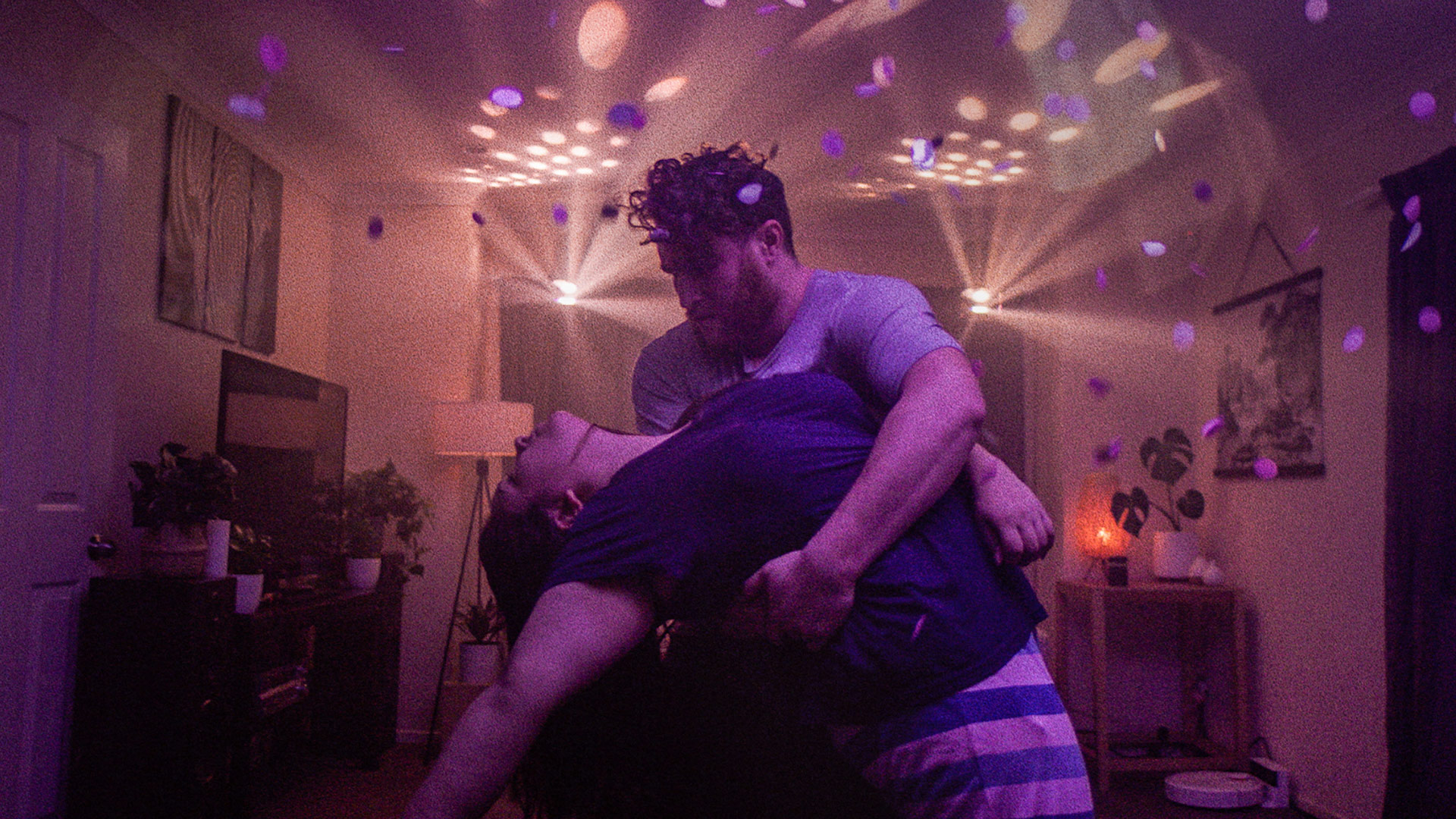 What is any relationship but a dance? At times, it’s a happy pirouette, both participants toe-tapping through made-for-montage moments. At others, a slow and tentative two-step, as either party walks on egg-shells, just praying that things don’t fall apart by inadvertently stumbling on the wrong turn of phrase.

This metaphor becomes literal in Calvin Sang’s Love is Real!, a short that is simultaneously a tongue-in-cheek send-up of the musical form and a low-key indie dramedy about a “normal” couple working through their own fears and insecurities. It’s cute. It’s sweet. And, it’s just weird and clever enough to make me take notice.

‘The film also, smartly, eases you into the jazz hands and dance routines’

I realize that musicals in general are a bit of an acquired taste—if you hate the form, I don’t think Love is Real! Is going to change your mind. But, Sang and his team are self-aware enough of the inherent ridiculousness of musical theater affectations to really mine them for comedy. As the film proclaims, it’s “a musical for people who don’t like musicals.”

“Behind all the sparkles, the story is a heavy reminder of the heartbreaks of the real world”

The film also, smartly, eases you into the jazz hands and dance routines. Things start in muted indie relationship drama territory as the film slowly builds on its own surrealism, moving from awkward karaoke to full blown song and dance. All of this is driven by upbeat affirmations from an all-knowing Alexa knockoff. It’s grounded in just enough human truth that we don’t lose the emotional core of these characters and their relationship, but it’s also broadly comedic and crazy enough that we are constantly surprised and entertained by its oddball energy. Plus, what can I say…I’m sucker for a good Roomba joke…

As Sang relates to Short of the Week:

“Making a musical that was ground in reality was a really interesting idea to me. Musicals normally exist in this fairy tale world. Although our film does have aspects of that, I wanted to make sure we could justify all the singing and dancing that was happening in the film.

Because a smart speaker can control the lighting, appliances and music in a home, we thought it was a match made in heaven! Beyond the AI smart speaker being a reality based plot device, I wanted to ensure that all the characters felt realistic too. Their arguments are conversations that most people will have had at one point in their life. I hope people can see a bit of themselves in each character. Behind all the sparkles, the story is a heavy reminder of the heartbreaks of the real world.”

Created by a team of diverse New Zealand film lovers, the film is undeniably Kiwi, from the accents to Māori co-star Tyler Wilson-Kokiri to its low-key, unassuming start. It’s also worth mentioning the casting. Having been fed a steady diet of idealized Hollywood rom-coms for most of my life, I always find it refreshing when protagonists feel like actual people, not made-up and chiseled mannequins with Zac Efron abs. The casting also makes the transition to musical comedy even funnier—ditching sequenced suits and swirly dresses for oversized t-shirts and sweats. After all, as the title suggests, love should indeed feel “real.”